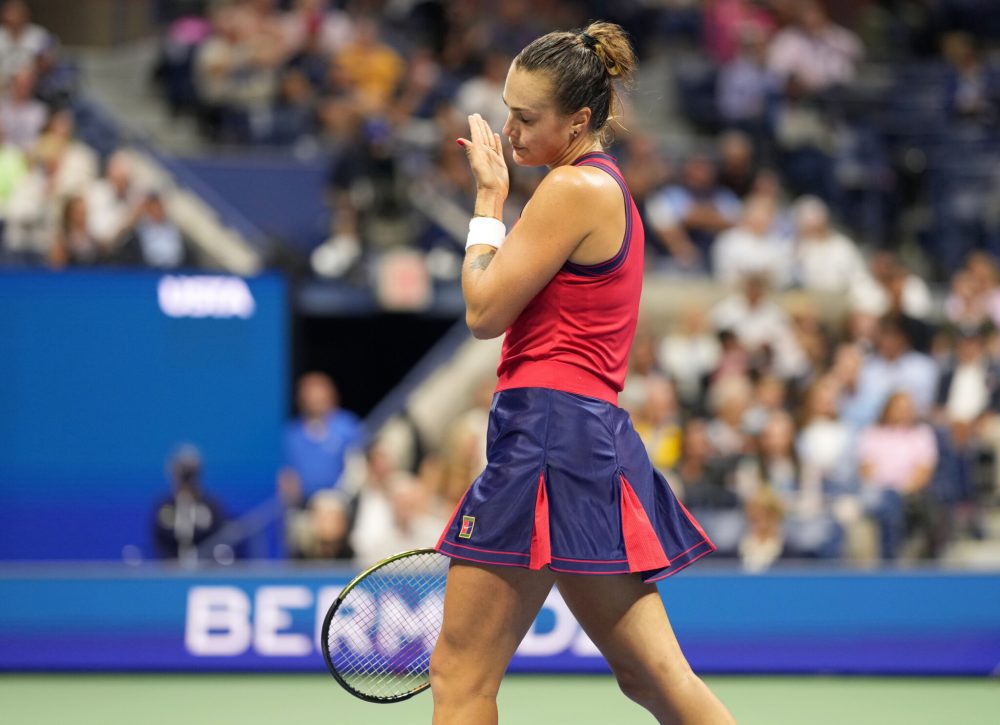 Aryna Sabalenka has revealed she considered taking a break from tennis earlier this year after booking her place in the last eight of the US Open on Monday.

The world No.6 battled back from a set down to defeat Danielle Collins 3-6, 6-3, 6-2, at Flushing Meadows to mark her best run at a major event this season. Sabalenka is yet to win a title in 2022 and has been troubled by issues with her serve. So much so that she has enlisted the help of an expert to address the issue.

Against Collins, Sabalenka produced just eight doubles faults which were four less than her opponent. Furthermore, she hit a total of 38 winners against 28 unforced errors.

“It was a super tough game. She played really well,” she told reporters. “Somehow I came back in the second set. I was like keep trying, keep pushing myself to keep trying and keep fighting. I think I did well. I’m just super happy with the win, first of all, and with the level.”

Sabalenka says she has found a silver lining in what she describes as a ‘tough season.’ Although there have been positives with the 24-year-old reaching the finals in Madrid and S-Hertogenbosch. In total, she has achieved 28 wins on the Tour.

“I really appreciate this season because it shows me even if something is not working for me, I’ll be able to fight no matter what,” she said.
“It just shows me how good as a competitor I am. I just kept working, kept trying, and kept pushing myself. Here I am, still here at the US Open, still fighting for my dream.”

It will never be known what might have happened to Sabalenka if she opted to take another route in her career. Struggling with her tennis and dealing with events going around the world, she contemplated taking time out.

“A lot of other stuff was going on in the world, and a lot of pressure was on me. I was almost about to stop playing for a little while at the beginning of the season, but I kept trying and kept pushing because I felt like there is always a reason for something we are struggling with in this life. There is always the reason we will just understand a little bit better.” Sabalenka commented.

Seeking a place in the semi-finals for the second year in a row, Sabalenka next plays 2016 finalist Karolina Pliskova who defeated Victoria Azarenka in three close sets. They are currently tied at 2-2 in their head-to-head with the Czech winning their two most recent encounters.

“Right now I really expect a great level from her. It’s going to be tough. Every time she will make some winners, it’s not going to p*** me off, I’m going to be like, ‘Okay, it’s normal, she’s making it, what next?’” she said of the upcoming match.

Sabalenka has dropped two sets in four matches played at the US Open so far.

Related Topics:2022 US OpenAryna Sabalenka
Up Next

Rafael Nadal Unsure Of Future After ‘Bad’ US Open Performance