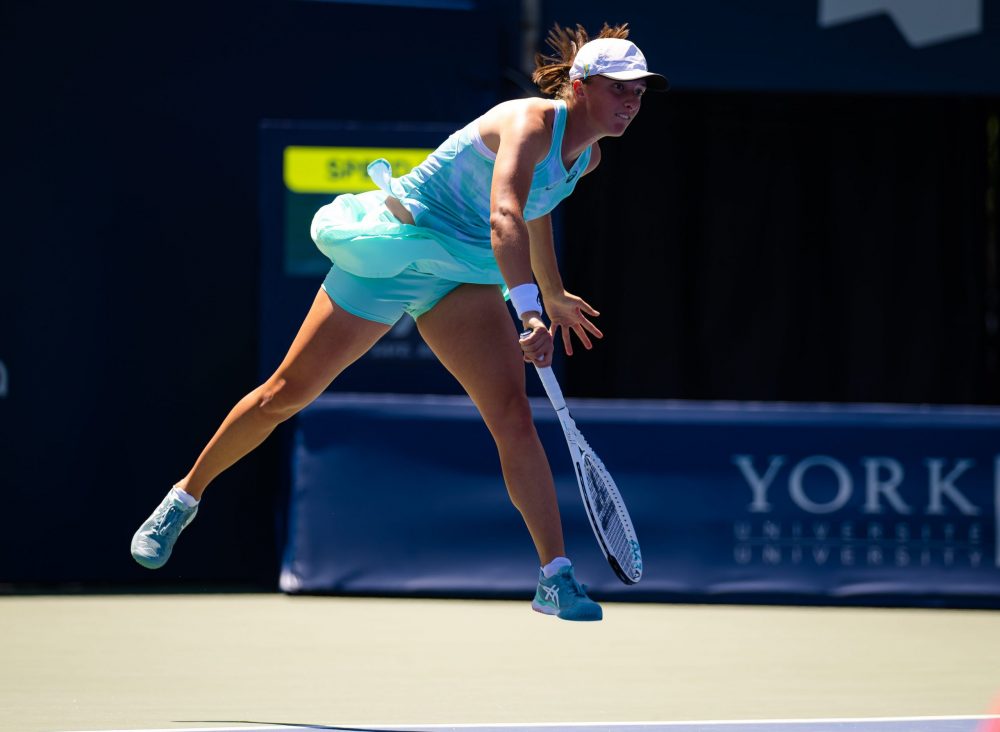 Beatriz Haddad Maia scored the biggest win of her career so far after she beat the world number one Iga Swiatek in three sets 6-4, 3-6, 7-5.

The win continues what has been a breakthrough season for Haddad Maia who won back-to-back WTA titles on the grass back in June. Swiatek is the third top 10 player she has defeated in 2022 and her first over a world No.1 player. She is the first Brazilian is history to reach the quarter-final stage of a WTA 1000 event.

“I’m happy and proud of myself and my team. It’s a special moment. It’s not always easy to beat the No. 1 in the world on a huge stage and against all the crowd,” she said.
“I think I passed through very tough moments through my career to live this moment.”

The first set stayed on serve until 2-2 when the Brazilian was able to get the first break of serve and that break was enough for her to serve out the first set and take a 1-0 set lead.

Swaitek responded in the second set breaking Haddad Maia at the same juncture as the first set and was able to serve it out to send the match to a deciding third set.

Facing sunny and windy conditions during the day the Pole struggled and again at 3-2 in the third set it was the Brazilian who earned the crucial break to take a 4-2 lead but failed to consolidate the break.

At 6-5 with Swiatek serving to stay in the match, Haddad Maia managed to win the match on her third match point to complete the major upset and reach the quarterfinals.

“At the beginning I struggled to find my rhythm on the court. Probably because she’s a lefty and I had a hard time adjusting to her serve,” the world No.1 said following her defeat.
“In the third set, which was pretty tight, I knew what mistakes I’ve made. So I know what I want to work on and what I want to improve before next tournament,” she added.

Haddad Maia will take on Olympic champion Belinda Bencic in the next round. The number 12 seed, who beat Serena Williams earlier this week, only needed 63 minutes to beat the number eight seed Garbine Muguruza 6-1, 6-3.

Toronto round of 16 results

Finally, under the lights in front of her home crowd, Bianca Andreescu lost a tough three-set match to Zheng Qinwen 7-5, 7-5, 6-2 in two hours and 59 minutes.

Inspired By Loved Ones, Nick Kyrgios Is On A Mission To Prove His Critics Wrong