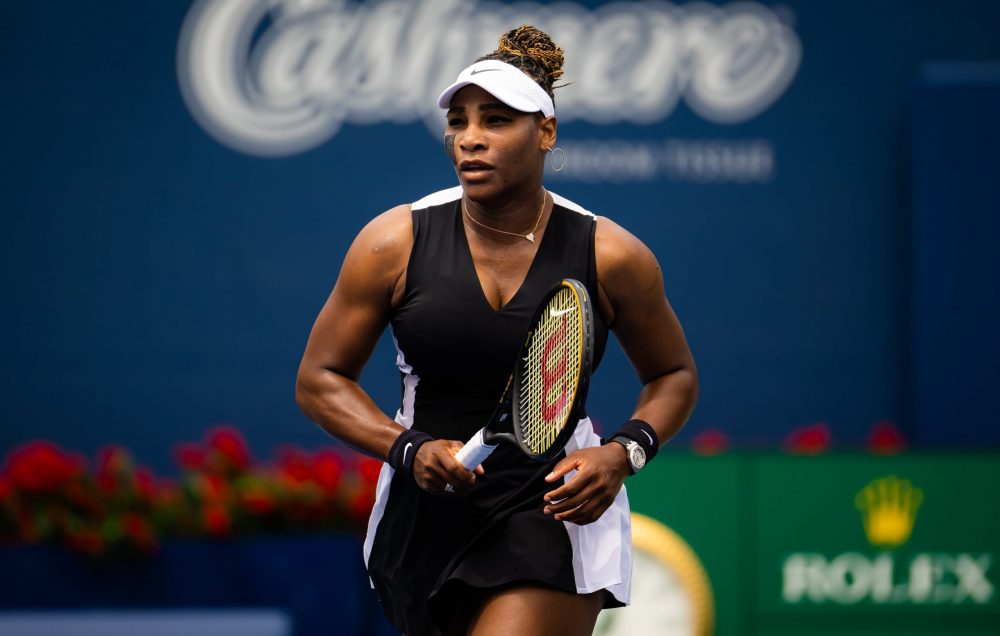 23-time Grand Slam champion Serena Williams says she sees light at the end of the tunnel in her career after winning her opening match at the National Bank Open.

The former world No.1 rallied to a 6-4, 6-3, win over Nuria Parrizas-Diaz to record her first win since June 2021 when she reached the fourth round of the French Open. Against the Spaniard, Williams won 67% of her first service points and produced 32 winners, including seven aces. She is just the fourth female player since 2000 to win a Tour match after their 40th birthday. Following in the footsteps of sister Venus Williams, Martina Navratilova and Kimiko Date Krumm.

“I felt like I competed well today and I think that’s what I needed to do is just to compete,” Williams said during her press conference.
“Mentally I feel I’m getting there. I’m not where I normally am and I’m not where I want to be. But I think any match that I play, whether I win or lose, it helps me get there mentally. Because I haven’t played a lot in the last year two years. So I think that that really helps me.”
“Physically I feel much better in practice, it’s just like getting that to the court. But literally I’m the kind of person where it just takes one or two things and then it clicks. So I’m just waiting on that to click.”

This week is only the third time the American has played a WTA event in 2022 after Eastbourne and Wimbledon. At present, she does not have an official ranking but that will change in the coming days.

Williams, who will turn 41 next month, is trying to tune up her game in time for the US Open which could be the last in her record-breaking career. The tennis star has always kept coy about her future in the sport but conceded on Monday that she is reaching the final stages.

“I guess there’s just a light at the end of the tunnel. I don’t know, I’d guess (I’m getting) closer to the light,” she said.
“Lately that’s been it for me. I can’t wait to get to that light.”

Pressed further about her comment, Williams was asked by a journalist about what the light she is talking about represents.

“Freedom. I love playing though, so it’s amazing. But, you know, I can’t do this forever. So it’s just like sometimes you just want to try your best to enjoy the moments and do the best that you can.” She replied.

Relishing her remaining time on the Tour, Williams’ latest match was also a special occasion for another reason. It was the first time she has played in front of her daughter Olympic who is now five-years-old.

“She’s never like sat at my match. So I was super excited. I looked over and I saw her in the first middle of the first set and I was like, Oh, my God, why is she here? And then I went into mom mode, like, does she have on her sun cream? I was like, Okay, Serena, should I say something like, Take her upstairs to the suite. Because she never like, she’s never been to my match,” Williams said.
“So it’s kind of cool that it happened in Toronto but I didn’t expect it. But I was like, Okay Serena, just let go and enjoy this. It was good for her to have that memory. I mean, it’s pretty cool. And she’s never had it because I’ve always kept her away. And I’m so happy that she came out there and so it was good. And then I was like, Okay, no racquet smashing (laughing) stay calm. “

Williams has now won 35 matches at the Canadian Open which is an Open Era record for women’s tennis. She will play either Olympic champion Belinda Bencic or Tereza Martincová in the second round.

Neutral Status Changes Nothing For World No.1 Daniil Medvedev