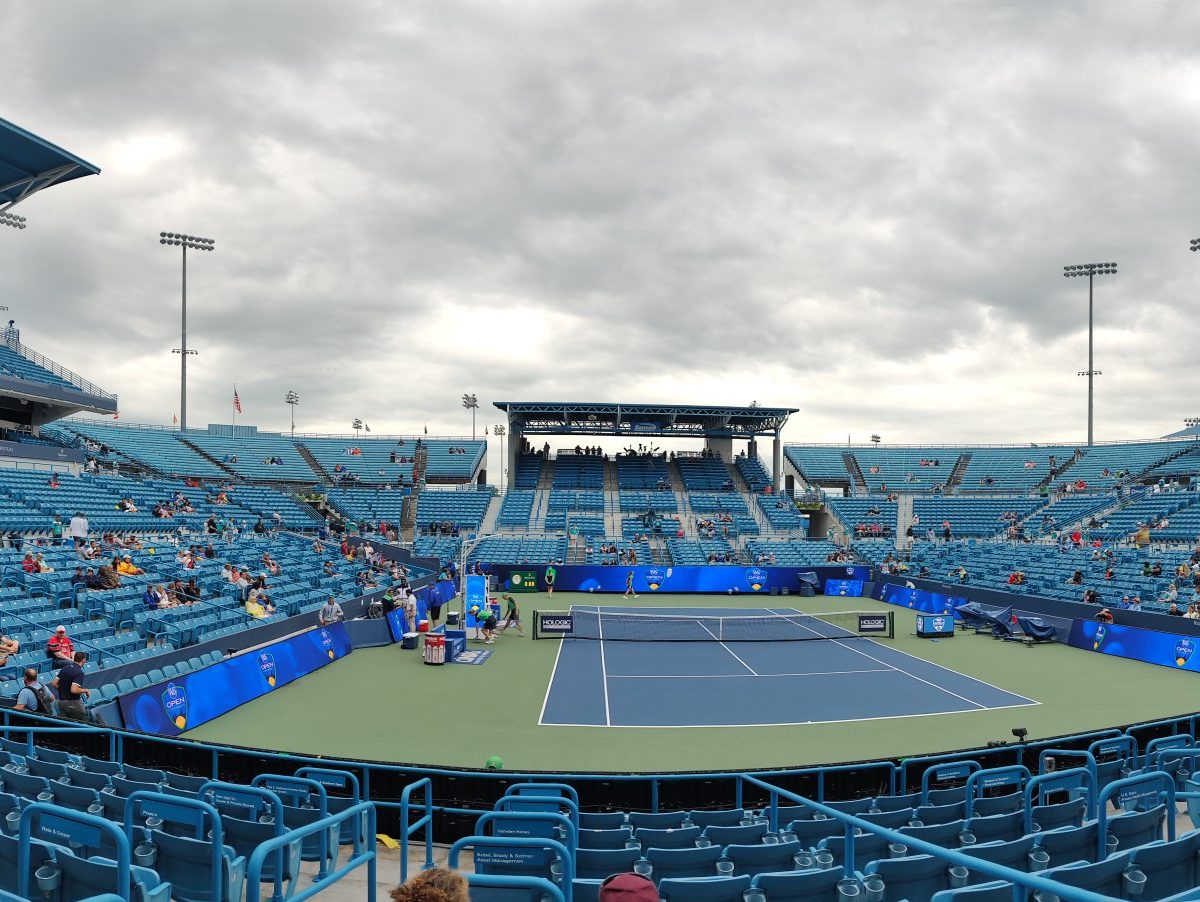 A woman says security at the Western and Southern Open threatened to call the police if she did not leave a qualifying match after complaints were made by a Russian player about her Ukrainian flag.

Lola, who is originally from Uzbekistan but now lives in America, was seen at the tournament over the weekend using a Ukrainian flag to cover herself whilst watching a match between Anastasia Potapova and Anna Kalinskaya. It is understood that one of those players, who are both Russian, made a complaint to the umpire. Prompting the official to speak directly to Lola which then resulted in a member of security getting involved.

During an interview with Local 12 News, Lola has given her account of the incident that occurred. Saying the match was stopped twice due to a dispute over the issue.

“’You’re not being nice. You need to put the flag away,’” Lola said she was told by the umpire. “The message I got was that it is agitating Russian players. I said, ‘I’m not putting it away.’ They kept playing for a minute or two. Then, they stopped the game again, and then the security guard came up to me and said, ‘Ma’am, I’m going to call the cops if you won’t leave.”

Russia is currently involved in a war with Ukraine after launching a military attack on the country on February 24th. A move which has prompted widespread condemnation from both the western world and the sporting world. At this year’s Wimbledon Russian players were banned from participating, as well as players from Belarus which is a country accused of supporting Russia. On both the ATP and WTA Tour’s players from both those countries are only allowed to compete as neutral athletes.

In wake of the incident, the Western and Southern Open issued a statement saying that the size of Lola’s flag breached the tournament’s policy. Lola said she was informed about the rule 15 minutes after being asked to leave the court and was allowed back into the venue once she put her flag in the car.

“Per the Western and Southern Open’s bag policy, as stated on the tournament’s website, flags or banners larger than 18 x 18 [inches] (46 x 46cm) are prohibited,” a spokesperson for the tournament said in an email to Reuters.
“Therefore, the patron was asked to remove the flag from the grounds and, after doing so, was allowed to remain at the tournament.”

The tournament declined to comment on the conduct of the umpire and said it is for the WTA to do so.

Meanwhile, local charity Cincy4Ukraine say they have contacted a lawyer to see if Lola’s first amendment rights were violated. If there is a suggestion that this has been the case, a court hearing could take place should Lola want to take legal action.

Kalinskaya, Potapova and The WTA have not publicly commented on the incident so far.

Related Topics:Western and Southern Open
Up Next