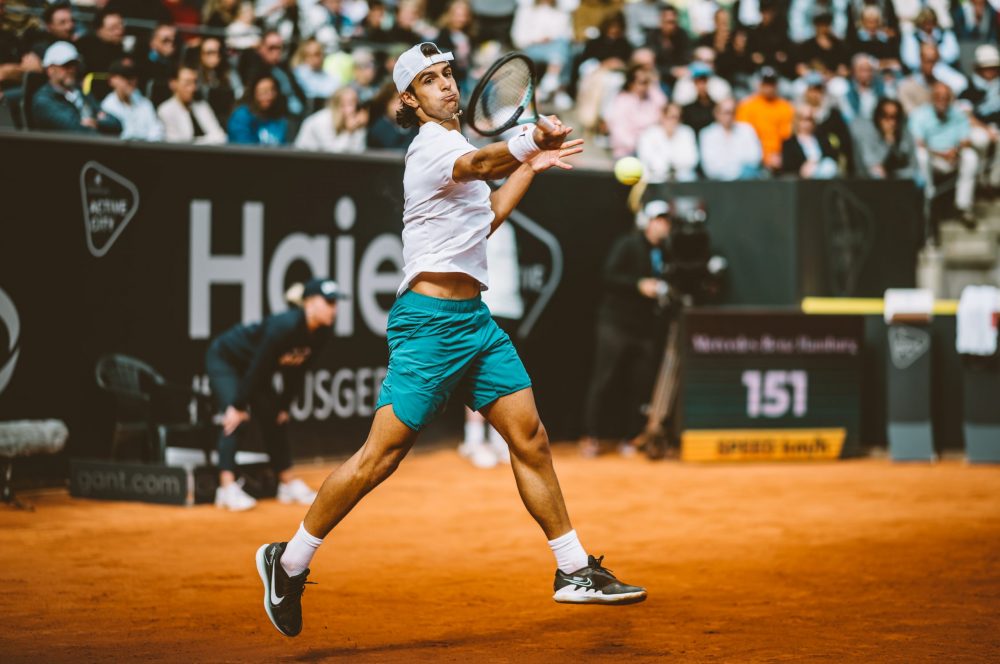 Lorenzo Musetti described his clash with Carlos Alcaraz as a ‘rollercoaster until the end’ after winning his first tour title at the Hamburg Open on Sunday.

The world No.62 battled to an epic 6-4, 6-7(6), 6-4, win over his Spanish opponent in a dramatic encounter that lasted almost three hours. There were plenty of twists and turns in the final with both players having their opportunities, especially Musetti who failed to convert five match points in the second set. Despite the blip, he managed to hold his nerve to seal victory with the help of 26 winners.

“I have no words, it was a rollercoaster until the end,” Musetti said during an interview with tennis TV. “I had so many match points and Carlos was so good on those match points.’
“I think the key to the match was to keep calm. It was not easy to find the energy to come back. I can’t describe what I’m feeling right now.”

In a final, the Italian looked on course for a straight sets triumph. Leading 6-4, 5-4, Musetti worked his way to two match points but a determined Alcaraz battled back to eventually draw level. Then in the tiebreaker, he held a 6-3 lead before losing five points in a row.

“I was really upset but I tried to not show my reaction,” he said of dropping the second set. “I tried to forget all of those match points which I couldn’t do (convert).”

Forgetting those shortcomings paid off for the 20-year-old who came out fighting once again during what was a tense decider. With no breaks occurring after nine games played, Musetti edged ahead to 5-4 with Alcaraz serving to stay in the match. Working his way to yet another match point, he finally converted with the help of a backhand from his opponent landing beyond the baseline.

“I didn’t expect to win after this rollercoaster so I’m super happy to be the champion,” the youngster admits.
“I appreciate all the sacrifices my family gave and all the hard work that I put in with my team. So I will keep running for sure and hopefully keep continuing like this.”

It is just the third time in his career that Musetti has beaten a current top 10 player after Diego Schwartzman and Felix Auger-Aliassime. As a result of his triumph, he will rise to a career ranking high of 31st on Monday.

There is also a reason for runner-up Alcaraz to celebrate with his run to the final cementing his spot in the world’s top five for the first time on Monday. Hamburg was the sixth Tour final he has played in his career and the fifth this year. He has won at least one set in all of his 45 matches played this season.

“Lorenzo, congratulations on an amazing week. You deserve to win this tournament so much, you’re a great worker and you’re a great player,” Alcaraz said during the trophy presentation.
“We shared tough moments in the juniors playing under 16, Challengers and then being able to play (against each other) in the final of an ATP 500 is something special for me.”

Responding to Alcaraz’s comments, Musetti also paid tribute to their friendship on the Tour.

“I remember two years ago the semi-finals in Trieste where we were playing a challenger and we were still kids. Now we are still young but I think we both play better. I hope to have many battles with you in the future,” he said.

Musetti is the 10th first-time champion on the ATP Tour this year.