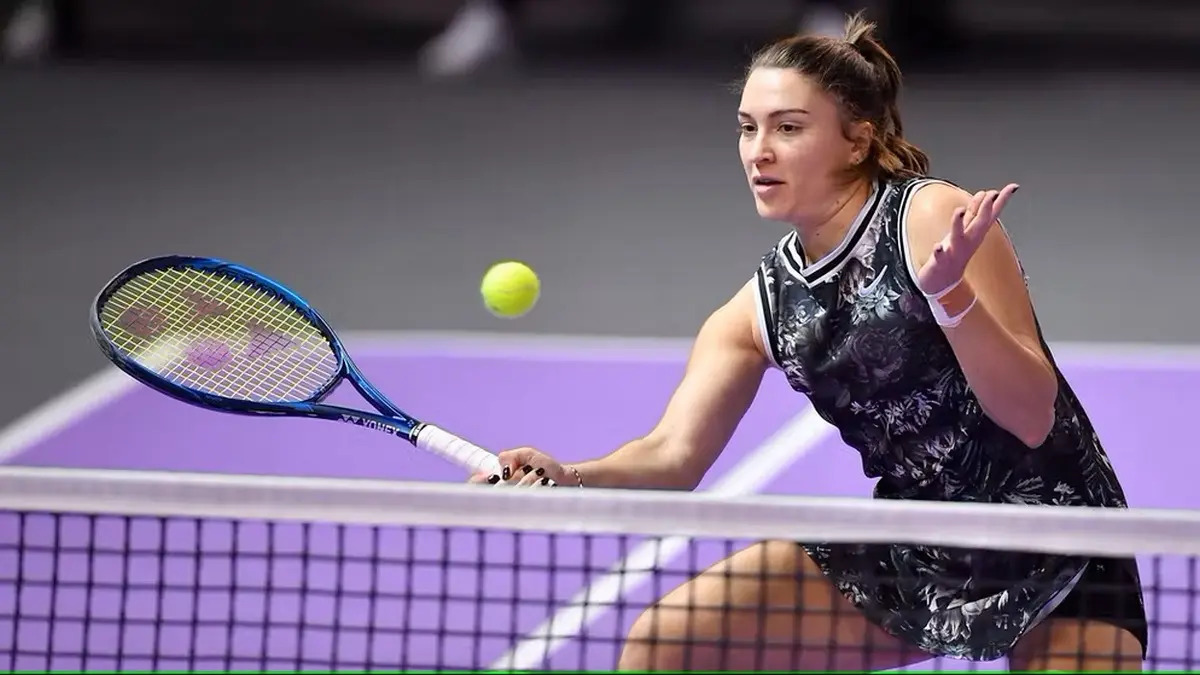 Natela Dzalamidze says her decision to stop representing Russia on the Tour is because ‘she is focusing on her career.’

The 29-year-old doubles specialist changed her nationality just in time for the Wimbledon Championships which she would have been barred from playing at. At this year’s Grand Slam Russian and Belarussian players have been suspended from participating as a result of the war in Ukraine. On February 24th Russia launched a ‘special operation’ on their neighbouring country and Belarus is suspected of supporting them. Wimbledon says their decision was made with the advice of the British government but has triggered criticism from those within the sport. Both the ATP and WTA have decided to remove ranking points from the Grand Slam for the first time in the Open Era.

In a statement issued to Reuters, the WTA said Dzalamidze met their requirements for changing nationality from Russia to Georgia as her father is Georgian.

“In Natela’s case, she submitted a Georgian passport and ID as she has dual citizenship, and, as a result, her nationality has been officially changed within the WTA system,” the WTA said.

Speaking publicly about her switch for the first time to The Times newspaper, Dzalamidze said it was done so to give her the best chance of playing at the 2024 Paris Olympic Games. She is currently ranked 43rd in the world and is now the highest-ranked Georgian doubles player.

“My decision was made because I am focusing on my career and would like to have the chance to compete at the Olympic Games,” the 29-year-old told the Times.
“The first discussion I had with the WTA was during Indian Wells at the beginning of March.
“If I made the decision to play for Georgia and have a chance to play Wimbledon, why not? At the moment I have my best ranking and my perspective is now much better in Georgia.”

Dzalamidze won two WTA titles last year in Romania and Austria, as well as reaching the final of the Istanbul Cup earlier this season. She has played in the main draw of a Grand Slam doubles tournament 11 times but is yet to progress beyond the second round.

As for the crisis in Ukraine, the tennis player says she feels sorry for the situation her fellow players are currently experiencing and she is against the war. Numerous Russian and Belarussian players have called for an end to the war but none has gone as far as publicly criticizing their own governments.

“Of course, I am against what is happening in Ukraine. I made this decision because I want to be able to play in the Olympics, focused on my career. Unfortunately, because of this situation, the Russians came under very serious pressure. Sports should be separated from politics.” She said.
“I am very sorry for the Russians who will not be able to speak. I think it’s unfair. They didn’t do anything. I have always had close relations with Ukrainians. They are waiting for us to say something. But we cannot influence the situation.”

At Wimbledon, Dzalamidze is set to play in the doubles draw alongside Aleksandra Krunic of Serbia.

After Doubts Over Her Return, Serena Williams Remains Coy About The Future

World No.2 Anett Kontaveit To Work With Raducanu’s Ex-Coach