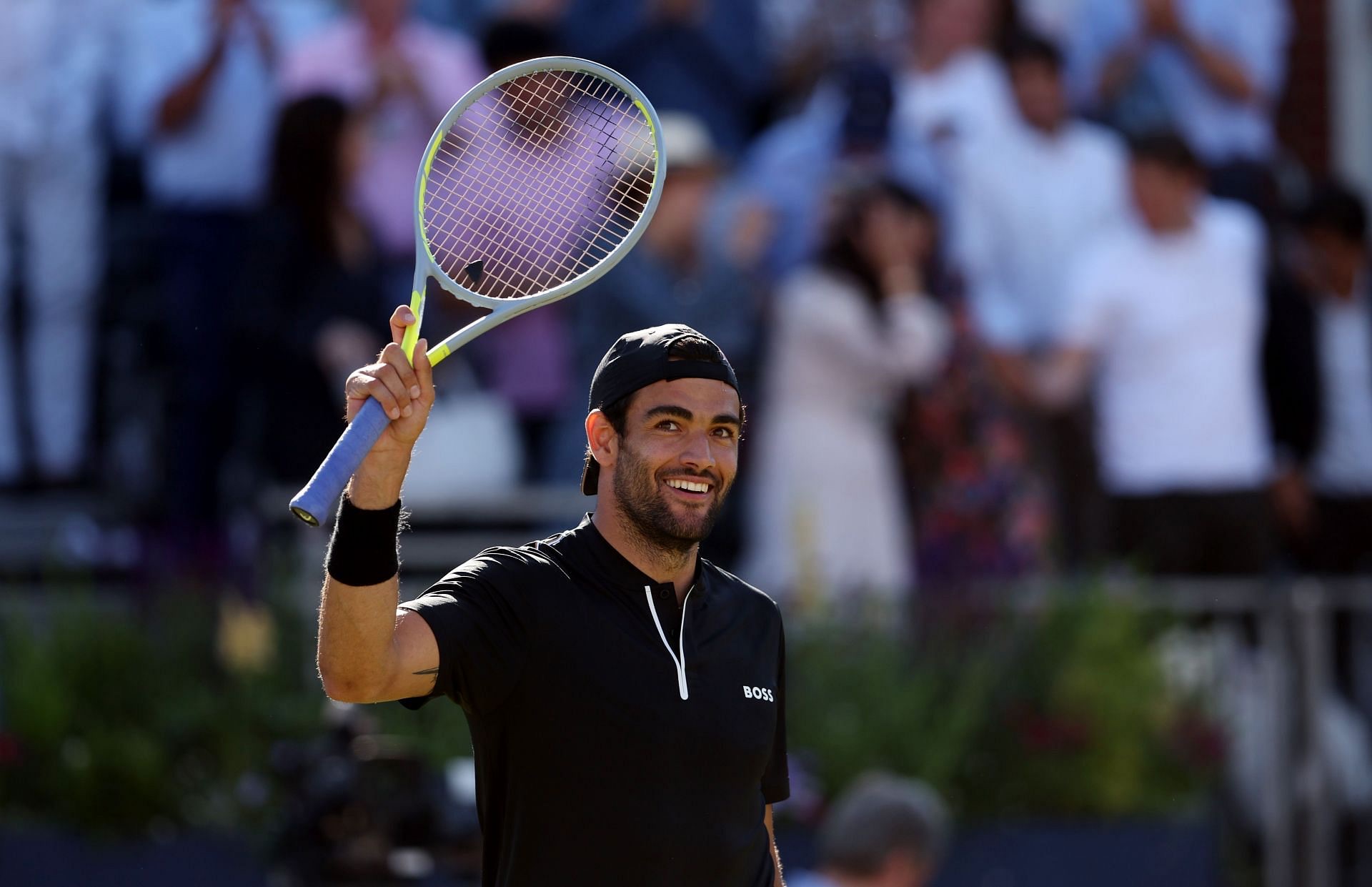 The matches become fewer and fewer as the week goes on, but that didn’t stop the fans from enjoying a day of quality tennis.

Defending champion Matteo Berrettini will fight another day as he scraped through against an inspired Denis Kudla.

The American showed the touch and expertise that saw him upset Andy Murray on his way to the title in Surbiton.

And the world number 82 took the opening set 6-3 with a crucial break in the eighth game.

It looked like last year’s Wimbledon finalist was on the ropes in the second set at 3-3 and Kudla having two break points.

But Berrettini dug deep to save them with the match on a knife edge.

This was the turning point in the match as the Italian went on to edge the tie-break 7-5.

The final set was similar to the second as Berrettini saw off some tough moments to break at four all and seal the match 3-6, 7-6 (7-5), 6-4 and his place in the quarter-finals.

And Britain’s Ryan Peniston sent the home crowd into a state of jubilation as he beat Argentina’s Francisco Cerúndolo.

The Brit completely dominated the opening set securing a 6-0 bagel.

But the Argentine fought back to take the second 6-4.

Peniston impressively battled back from a break down in the final set to get the break back for four games all.

And won three games on the spin to seal an unprecedented place in the quarter-finals.

He will play the winner of American Sam Querrey and Serbian Filip Krajinović.

The Swiss going down to American Tommy Paul comprehensively 6-1, 6-4.

Berrettini remains the favourite to reclaim the title he won last year at the west end club.

But surely Peniston must be considered a real dark horse for the tournament now.

Paul and Alejandro Davidovich Fokina have showed form on the grass at Queen’s the past few rounds so they have certainly put themselves in the mix.

And you can never count out Marin Cilic who is still a beast on the surface.

Quarter finals day tomorrow promises to be an exciting affair.