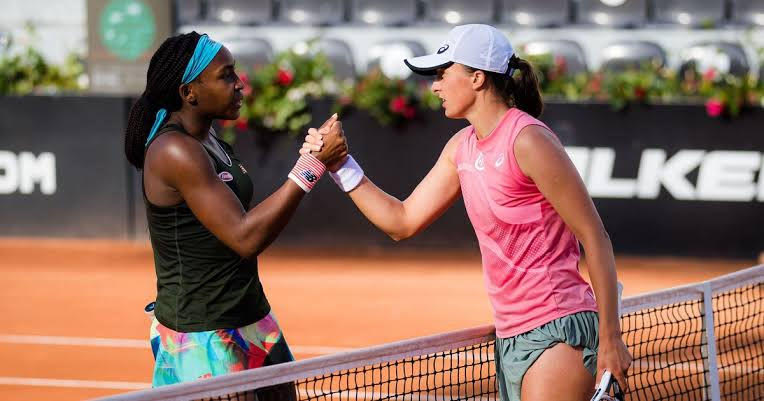 There can only be one winner.

The two best players at this year’s French Open will fight it out for the women’s trophy: The Suzanne Lenglen Cup.

For Iga Świątek, she is the overwhelming favourite having won her past five tournaments and is riding high on a 34-match unbeaten run.

For Coco Gauff, at 18-years-old she has made her first Grand Slam final.

Considering she rose to prominence on grass at Wimbledon, her play on clay has been nothing short of exceptional.

And now our writers James Spencer and Tony Fairbairn are faced with the difficult task of picking their women’s champion.

“Gauff is the youngest major finalist since Maria Sharapova and the American is yet to drop a set as she has slowly gained confidence with each match.

However, Świątek looks as confident as she has the whole tournament and even though she will be tested, the world number one will lift her second grand slam title and extend her winning streak to 35 matches.”

“I really hope this will be an amazing final between two very young and talented players.

It’s easy to forget that Świątek only turned 21 a few days ago.

Yet she displays such maturity and wisdom, it’s refreshing to see.

I can see Gauff actually starting well and causing a few issues, but I think as the match goes on Świątek will handle the nerves better.

It’s her second major final and second at the French, and that experience will be crucial.

I have to agree with Tony, this is Świątek’s to lose, and if she wins, she will equal Venus Williams’ record of 35 matches unbeaten, and I think she will do it.