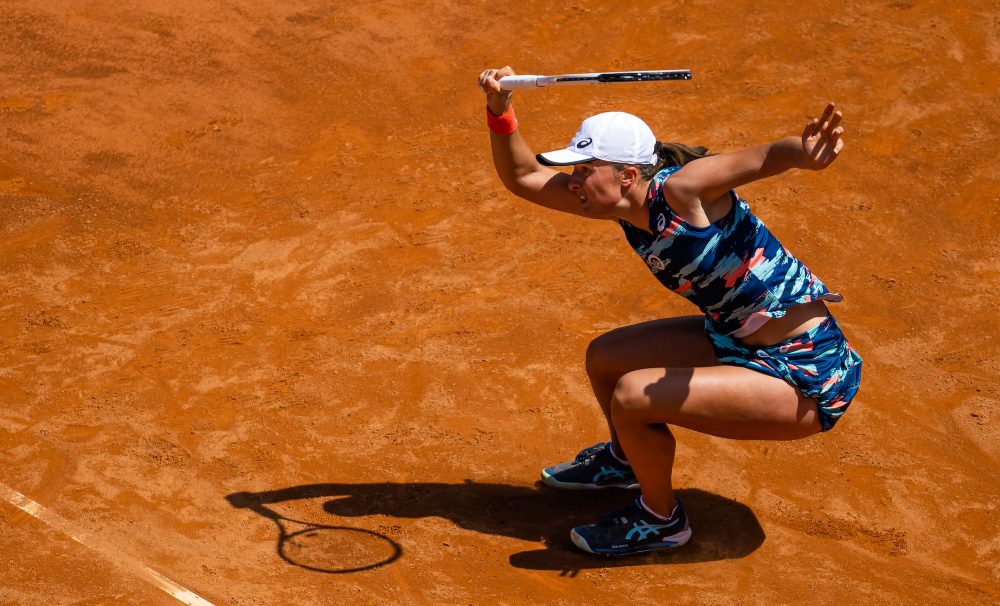 World No.1 Iga Swiatek will participate in a charity match shortly after the conclusion of the Wimbledon Championships, according to the Ukrainian government.

In a statement posted on the website of president Volodymyr Zelenskyy on Wednesday, Swiatek will star in a charity match which will be overseen by Elina Svitolina. Svitolina has recently been appointed ambassador for UNITED24, a fundraising initiative set up to support those affected by the ongoing Ukranian war. Svitolina is only the second person to be named an ambassador for the campaign after footballer Andriy Shevchenko.

“Every time I won on the court, I was happy to bring victory to my country. I have always been proud to be Ukrainian. Today, when my country is facing a horrific enemy, I will not stand aside. I will do my best to help Ukraine win its most important fight. I am honored to become part of UNITED24 and join efforts with the President of Ukraine,” Svitolina said in a statement.

According to Zelenskyy’s team, Swiatek’s match is set to take place towards the second half of next month. The Pole has been a vocal supporter of Ukraine throughout the crises and paid tribute to those affected during her champion’s speech at the French Open.

“A charity match featuring world No.1, Iga Świątek, is planned under the patronage of Elina Svitolina for the end of July,” president.gov.ua outlines.

News of the exhibition event first started to emerge on Sport Illustrated who says the plan is for Swiatek to take on former tennis star Agnieszka Radwanska with Svitolina being chair umpire. Svitolina recently announced that she is pregnant.

Eurosport Poland reports that the date of the match is provisionally set to be Jule 23rd and it will be held in the Polish city of Krakow. However, there is yet to be any official confirmation that Radwanska will take part although it is highly likely that she will.

“We are working with the entire team of Iga on a certain aid initiative for our friends from Ukraine, but we are not ready to talk about this project yet. In due course, we will officially announce it with all the details,” Swiatek’s PR manager Paula Wolecka told tvn24.pl.

Four weeks after the launch of UNITED24 on May 5th more than $52.5M has been raised. All funds are paid to the National bank of Ukraine and then redirected to the relevant government ministries.