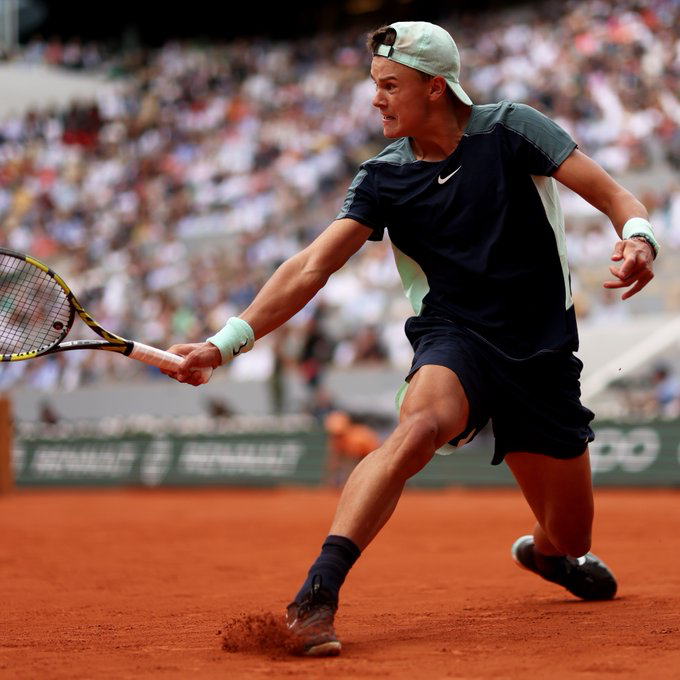 Holger Rune has claimed that Casper Ruud was shouting in his face after their quarter-final match at Roland Garros.

It was a fiercely contested match which the Norwegian won in four sets to book his place in a maiden grand slam semi-final.

That was only half the story though as Ruud seemed irritated that the Dane was questioning every call throughout the match.

This would lead to Rune’s unsportsmanlike handshake at the end of the match which Ruud found less than amusing.

However the controversy hasn’t ended there as Rune claimed after the match that the Norwegian shouted in his face in the locker room, “The team is really nice and sweet, but then he (Ruud) goes straight to me and shouts ‘JAAA’ straight up in my face,” Rune told Danish site Ekstra Bladet.

“I thought ‘what the hell are you doing?’. You just do not do that. You can cheer as much as you want on the court, I do it myself when I win. But that’s just a lack of class. He should have had more respect.”

But it seems like there is conflicting tales in this story as the Norwegian’s dad has now dismissed these claims, “It is a simply a lie from Holger,” he told Eurosport.

“It is nothing more to talk about, because it is a pure lie. Our focus is now on the match on Friday against Cilic.”

However Rune’s mother has now responded back to those claims to BT saying that Ruud’s father is now lying, “The father was not there when it happened, he had left,” Aneke Rune said.

“It was only the physical trainer or therapist. It was while Holger was waiting for doping control, so the father can not comment on that. One thing is that you shout in my son’s face. Another thing is that the father is lying to the press.”

I’m sure its not the last of this fierce story as Rune will now turn his attention to the grass court season.

As for Ruud, he has a Roland Garros semi-final against Marin Cilic to be thinking about.