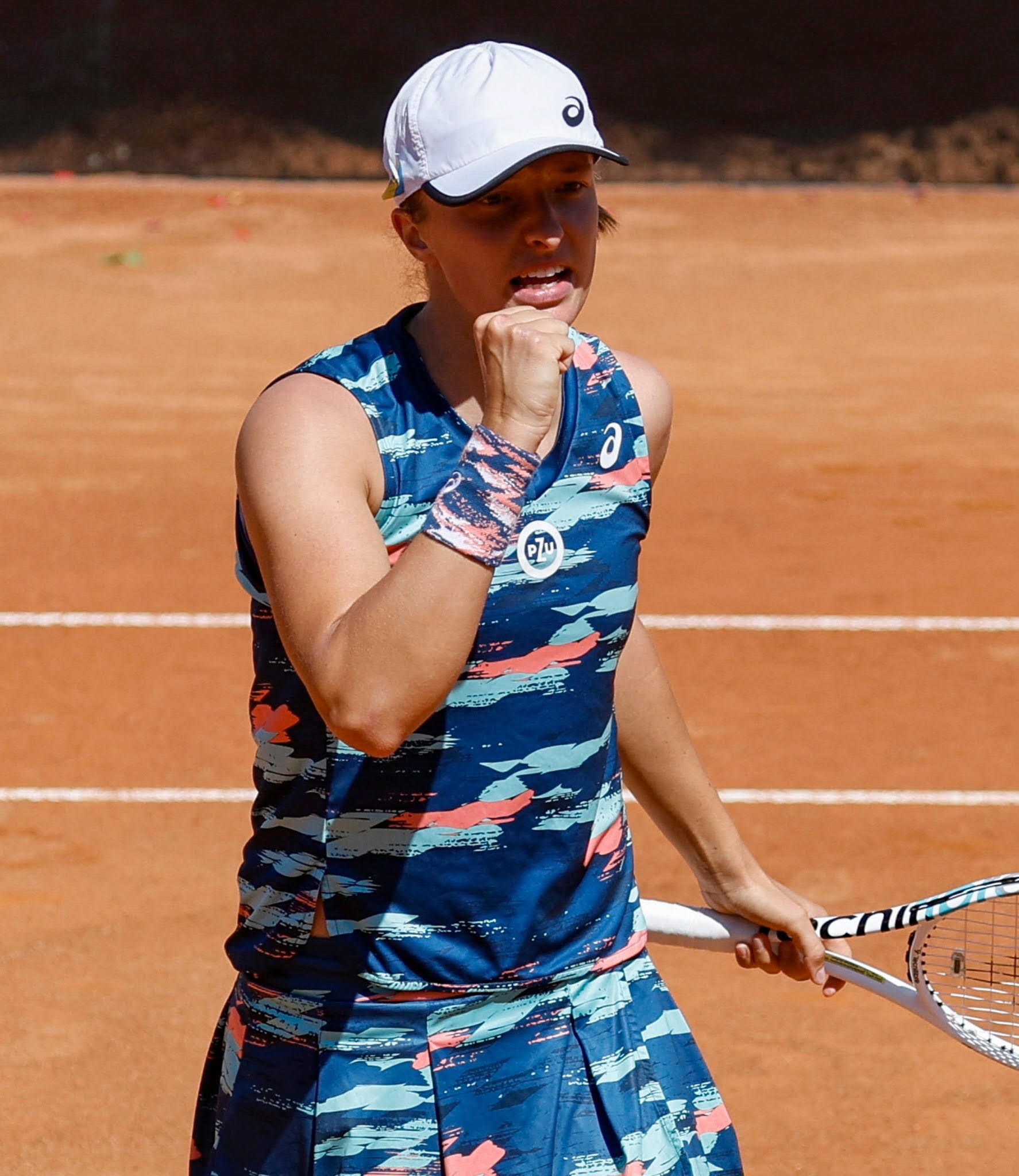 Iga Swiatek says she is unchanged since being world number one and feels more relaxed heading into her Roland Garros campaign.

The Pole’s recent win in Rome saw her comprehensively defeat in-form Ons Jabeur with the loss of four games as Swiatek will look to repeat the success she achieved in 2020.

This mentality has been an important factor in Swiatek’s confident and ruthless form with the 20 year-old having psychologist Daria Abramowicz helping her find the right balance from a mental perspective.

Now the Pole is feeling more relaxed as she searches for more success in Paris over the next couple of weeks, “I’m more relaxed. I don’t know about being nervous, because usually it comes closer to the match, so we will see,” Swiatek said.

“But I’m more relaxed, because, yeah, as I was saying, I have so much points and I feel like my position in WTA is already like, you know, I have worked for it.

“And it’s already kind of maybe I proved to myself and to other people that I can be in the top of the game, and before I wasn’t feeling that much confidence, so this year I feel much more peace.”

Swiatek’s relaxed mental state will be important to her as she looks to win her second Roland Garros in the space of 18 months.

First up for Swiatek will be Ukrainian qualifier Lesia Tsurenko on Monday or Tuesday.