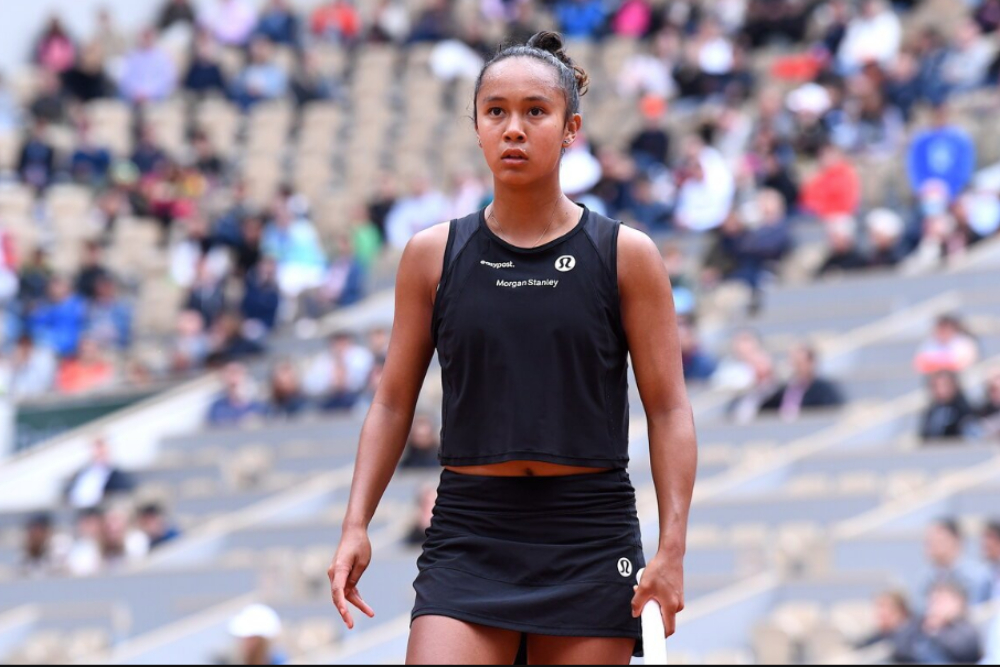 Leylah Fernandez believes her tennis is improving after reaching her second major quarter-final within the past 12 months at the French Open on Sunday.

The 17th seed battled past Amamda Anisimova 6-3, 4-6, 6-3, in a tense encounter on Court Philippe Chatrier that lasted almost two hours. Fernandez, who is ranked just 10 places higher than her American opponent at 18th, saved a trio of break points at the start of the decider before going on to break en route to victory. Impressively hitting twice as many winners than unforced errors (35-17) and winning 57% of her service points.

“Today’s match was a very hard match, an incredible match for the both of us,” said Fernandez. “I think we brought it to a high level. I’m just glad that I was able to fight through some difficult moments and just enjoy the game as much as possible.”
“Just to have another opportunity to play in Philippe Chatrier was just an amazing atmosphere and it was a great feeling for me,” She added.

Fernandez’s win follows her triumph over Olympic champion Belinda Bencic two days ago. This week is the first time she has won four matches in a row since March when she won the Monterrey Open. Coming into the French Open, the 19-year-old had only scored two wins on the clay this season.

Nevertheless, the Canadian has once again managed to hit top form at a major event like she did towards the end of last year where she reached the final of the US Open before losing to Emma Raducanu. Although now she believes she is more of a complete player.

“I’m improving more and more and understanding my game, which is the most important thing,” she explains. “That was our (my team) goal after the US Open, that we just want to improve my tennis game, my all-around game, and just keep getting those opportunities and see where my level is at and see where I can improve for the next match.”
“Every time I step out on the court I still have something to prove. I still have that mindset I’m the underdog. I’m still young, I still have a lot to show to the people, to the public so that they can just enjoy the tennis match.”

Although few will be naming Fernandez as an outsider for her next match against Italy’s Martina Trevisan who has reached the last eight at Roland Garros for the second time in three years. Trevisan, who recently won her maiden WTA title in Rabat, edged her way past Aliaksandra Sasnovich 7-6(10), 7-5.

“I collected a lot of experiences, positive and negative experiences. At the beginning of this year I was dreaming of this moment because in my head I saw this moment again. I thought to myself, yes, Martina, you can do it again,” Trevisan said of reaching the last eight in Paris.

The upcoming match will be the first time Fernandez has played the Italian on Tour. Whoever wins will reach the last four in Paris for the first time in their career.