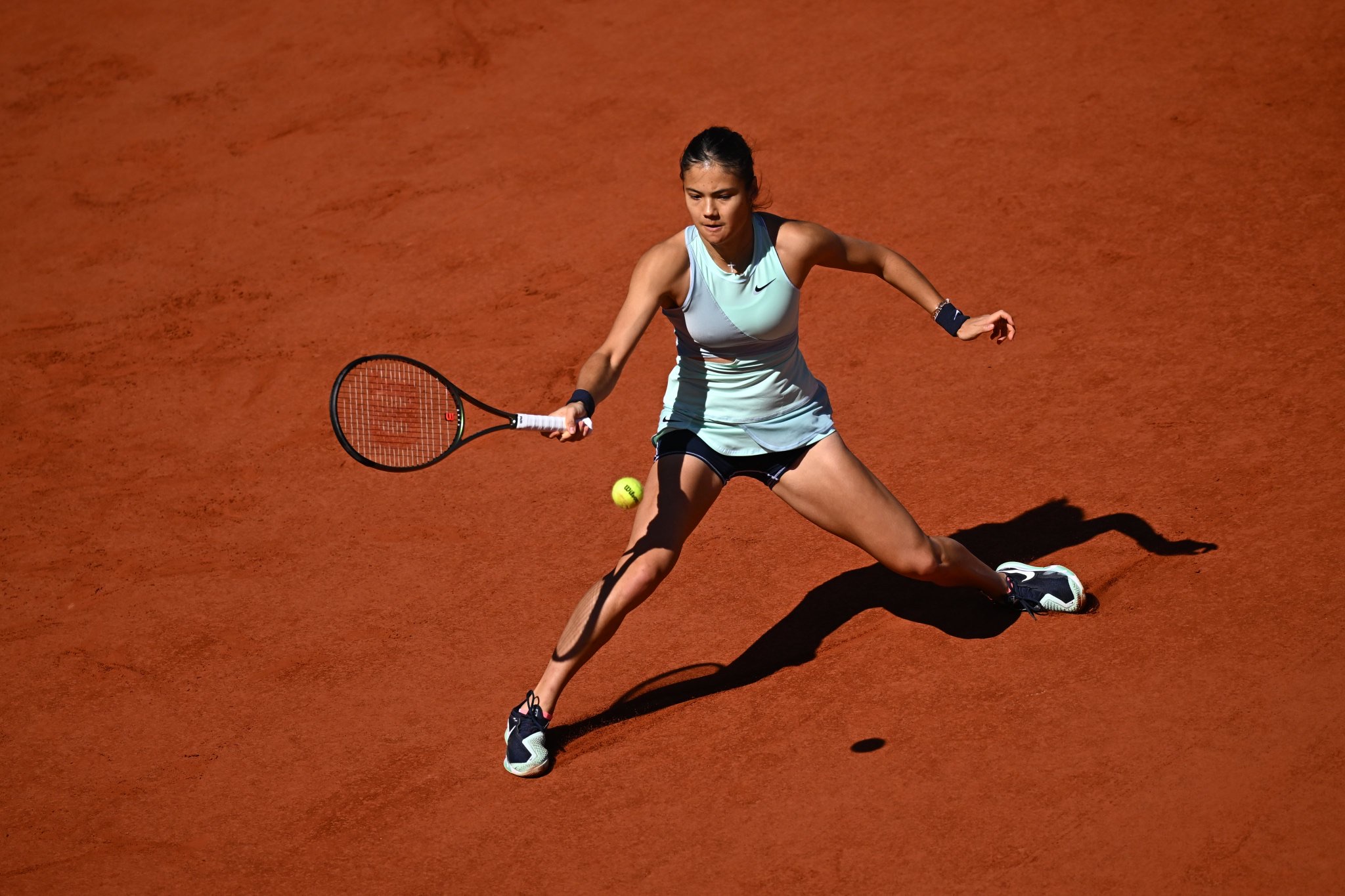 Emma Raducanu is happy with the progress she is making overall despite exiting Roland Garros.

The US Open champion produced an impressive opening set but suffered defeat to Aliaksandra Sasnovich 3-6 6-1 6-1.

It was a physical match-up which lasted just over two hours and saw a much more aggressive display from the Belarusian to see her into the last 32 where she plays Angelique Kerber.

As for Raducanu it will be disappointing to go out so early but another good learning experience on her first full year on tour, “I think that I definitely got stronger as the clay season went on,” Raducanu told the press.

“It just takes a lot more to win the point on this surface, and, you know, you hit a ball flat, doesn’t really do that much. I definitely learnt like when to use the shape and stuff. Yeah, like I still got quite a long way to go on this surface, but overall, I would say I definitely had a good first experience on the clay.

“I think that I can definitely improve a lot more than what I am at right now. I am learning every single day, every single match, every practice.
Yeah, I would say that I’m at this level, but there are definitely aspects of my game that need to improve and kind of catch up to where my current, you know, ranking or whatever is.”

It will take time for Raducanu to fully understand what she will need to do from a physical and tactical perspective on the tour but these are the steps necessary in order to earn success regularly on the tour.

However despite Raducanu’s second round exit in Paris the Brit feels that she is happy with her progress in general as she approaches the grass court season, “I’m quite happy with the progress that I’m making,” Raducanu said.

As practice makes perfect for Raducanu, the 19 year-old’s attention turns to the grass court season in England.

It was of course last year where Raducanu broke through for the first time where she reached the second week at Wimbledon.

The Brit said she’s looking forward to competing on the grass courts however she’s not completely sure on her schedule, “I mean, it’s going to be really nice to go home and play, you know, on home turf, on the home grass,” Raducanu said.

“It is going to be a little bit strange in the beginning, because I have played on clay court for so long now, I feel like it’s been weeks. Like, going onto a grass court I’m probably going to be a bit shocked at first.

“I don’t know which tournament I will play yet. For sure I will play Birmingham. But then, after that or before that, I’m not really sure yet. It’s quite soon.”

The first tournament of the grass court season takes place in Nottingham which takes place on the 6th of June.