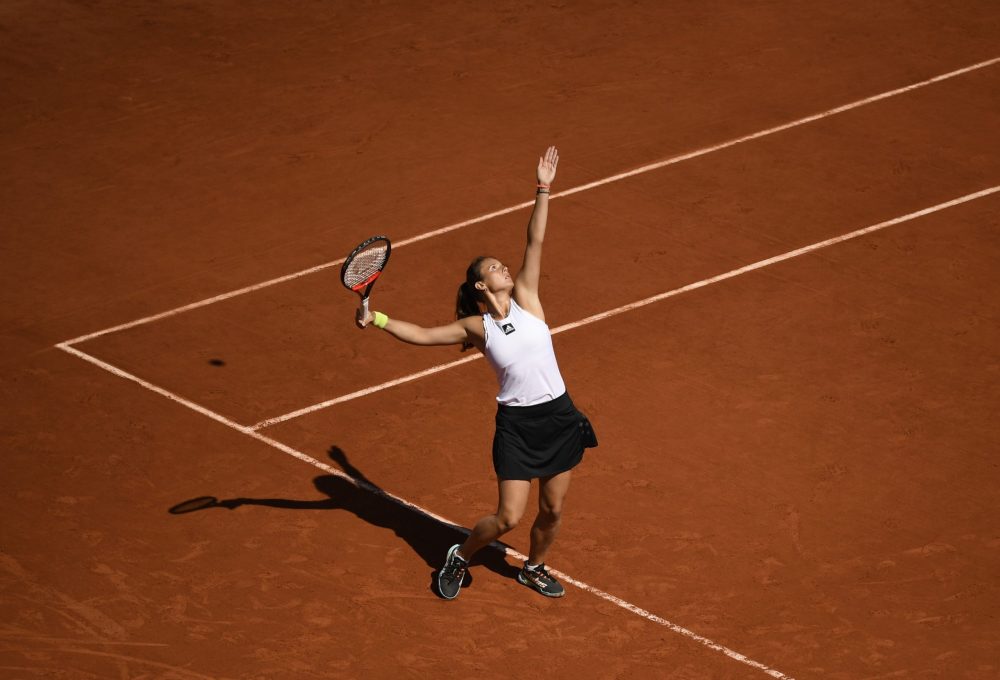 Daria Kasatkina believes she is returning back to her best shape after easing into the last eight of the French Open without dropping a set.

The Russian world No.20 dropped only four games during her 6-2, 6-2, victory over Italy’s Camilia Giorgi who knocked out Aryna Sabalenka in the previous round. Kasatkina was unbroken throughout the encounter after saving all six of the break points she faced. She also produced a total of 16 winners and 10 unforced errors which was a stark contrast to her opponents more erratic tally of 29 and 37.

Kasatkina, who has been ranked as high as 10th in the world, is yet to drop a set in the tournament. Prior to Giorgi, she scored wins over Rebecca Sramkova, Fernanda Contreras Gomez and Shelby Rogers. It is the first time she has reached the last eight of a Grand Slam since 2018 when she did so at both the French Open and Wimbledon.

The 25-year-old has been showing signs of returning back towards her best form with runs to the third round of the Madrid Open followed by a semi-final appearance in Rome. So far this season she has won 22 out of 32 matches played. Furthermore, her latest win over Giorgi is her 90th against a top 50 player in her career.

“I think in Rome I started to feel like I’m getting there. I think after my match with Paula Badosa (at the French Open) I really enjoyed the level at the game I was playing and the match. And then watching the match and realizing I really like how everything was going. I think after that there was a little click, let’s say, and now I’m here,” the Russian replied when asked to analyse her current form.

Kasatkina will take on compatriot Veronika Kudermetova for a place in the semi-finals later this week. Kudermetova, who is currently experiencing her best-ever run at a major tournament, battled back from a set down to defeat Madison Keys 1-6, 6-3, 6-1. Until this year she had never won back-to-back matches in the main draw at Roland Garros.

“I tried to trust myself, I tried to believe and I tried to fight. I think that was the key,” she said following her win over Keys.
“It’s amazing (to be in the quarter-finals). That’s the only thing I can say.”

Whilst the two have only clashed on the WTA Tour once at the 2021 St Petersburg Open, they are more than familiar with each other’s game after growing up on the circuit together. In fact, Kasatkina is just two weeks older than her upcoming opponent.

“We were on one team winning the Billie Jean King Cup last year, so we have many good memories to share together,” Kasatkina said of her relationship with Kudermetova.
“Even before we played many championships in Europe together because we’re the same age, so we have a lot of memories to share.’
“Maybe we will have one more, playing in quarters at Roland Garros. I think this will be a very nice moment.”

Kasatkina is making her seventh appearance at the French Open this year.