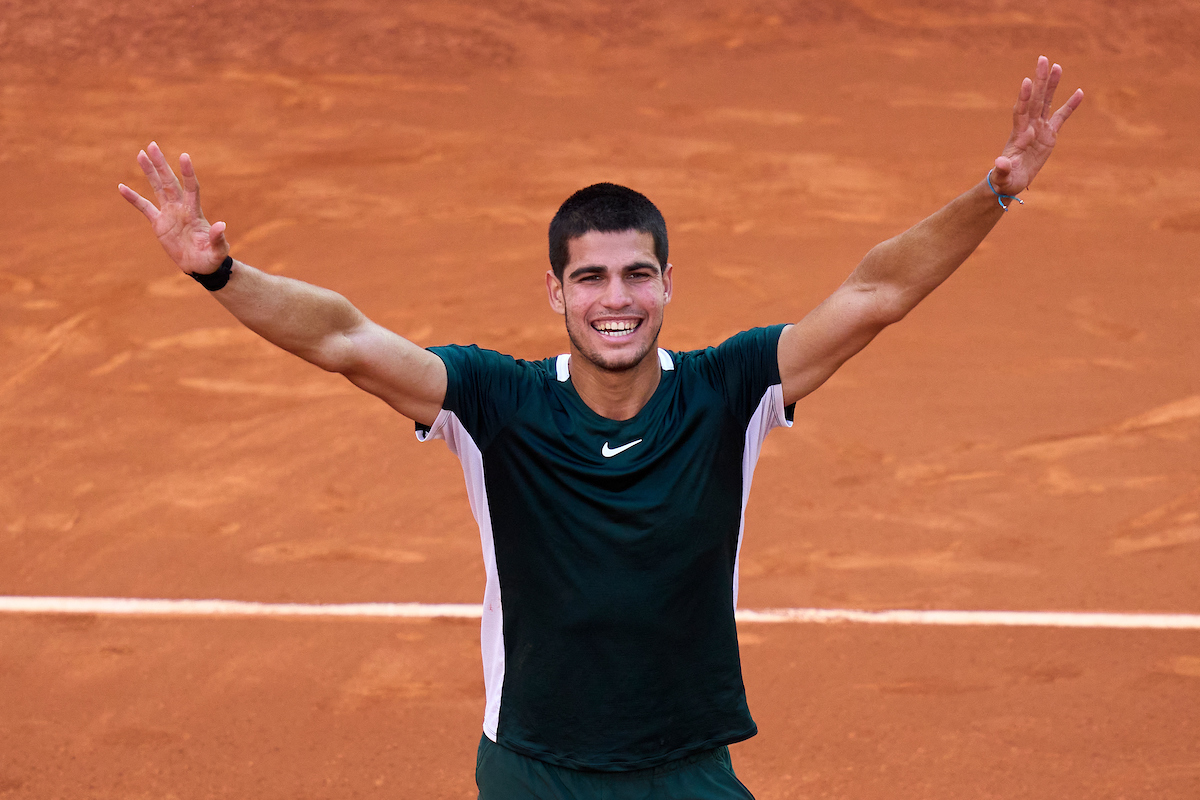 Teenage sensation Carlos Alcaraz has kicked-off his French Open campaign with a straight sets win over a spirited Juan Ignacio Londero in the first round.

The 19-year-old was pushed early on by the lucky loser before prevailing 6-4, 6-2, 6-0, on Court Philippe-Chatrier which the Spaniard had never played a match on until this year. Alcaraz traded a series of blistering baseline rallies with Londero but always maintained the upper hand. Hitting a total of 22 winners to 25 unforced errors.

“It was difficult at the beginning, but it’s always special to play in such a great stadium, a great court. I’m really happy with the performance in my first match in Philippe Chatrier, and hope to play more matches in this court,” Alcaraz said during his press confrence.

A lot has changed for Alcaraz since he last played at Roland Garros. 12 months ago, he had only spent a week in the world’s top 100 and was yet to win a Tour title. Now he has five trophies to his name, including two Masters events, and has beaten eight top 10 players this season. Including back-to-back wins over Rafael Nadal and Novak Djokovic in Madrid.

Now positioned as one of the title favourites in Roland Garros due to his meteoric rise, Alcaraz didn’t have things his own way in his opening match. Ranked 135 places higher than his Argentine rival in the ATP rankings at sixth in the world, there was little to distinguish between the two in the opener with the rising star being heavily tested by an inspired Londero. Who reached the fourth round of the French Open three years ago before losing to Rafael Nadal.

Nine games went by with neither player managing to work their way to a break point opportunity. In a set of fine margins Alcaraz managed to get his breakthrough at the expense of back-to-back Londero mistakes. Leading 5-4, 30-30, a forehand error from the world No.141 moved him to set point. He then converted after a backhand from his rival smashed into the net.

Gaining momentum Alcaraz struck his next blow midway through the second frame. Capitalizing on some tentative hitting from his rival, a Londero forehand mistake granted him the break for a 4-2 lead. Two games later he secured a double break to claim the two sets lead.

At this stage of the match it was evident that Londero, who is nine years older than Alcaraz, was starting to fade away as his error count mounted. Suddenly his aggressive approach subsided and made way for a series of sluggish shots. Paving the way for Alcaraz to cruise to victory in less than two hours.

Alcaraz has now won 29 matches this season with 17 of those being on clay. In the second round he will take on compatriot Albert Ramos-Vinolas. The player he beat at the 2020 Rio Open to claim his first ever Tour win.