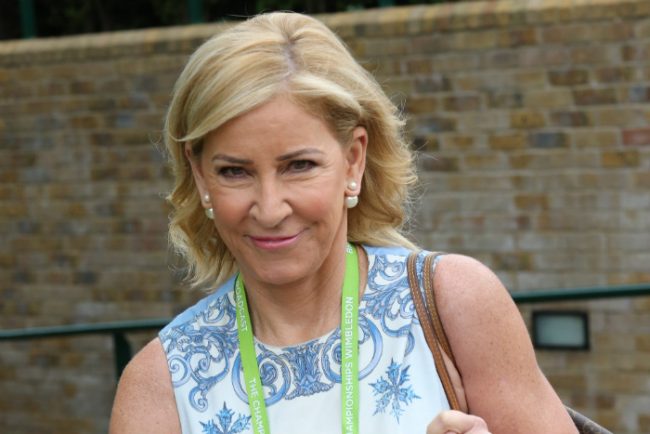 18-time Grand Slam champion Chris Evert says recent incidents of players losing their cool on the court has elevated her concerns about their welfare in the sport.

The former world No.1 called for more action to be taken by tennis’ governing bodies after claiming officials are receiving more abuse than any other sport. This season has already been marred by various incidents with the most notable of them involving Germany’s Alexander Zverev. Zverev was disqualified from the Mexican Open after repeatedly swearing and hitting the umpire’s chair with his racket, narrowly missing his foot. He was later fined and placed on a year-long probation period.

Last month Nick Kyrgios was docked a total of $60,000 for violating the rules at tournaments in Indian Wells and Miami. The offences he committed included unsportsmanlike conduct, swearing, verbal abuse and nearly hitting a ball boy after smashing his racket on the ground following his loss to Rafael Nadal. Another player, Jenson Brooksby, was also fined $15,000 after throwing his racket which almost hit a boy.

On the women’s Tour the most notable incident involved Victoria Azarenka in Miami where the two-time Australian Open champion abruptly retired from her match against Linda Fruhvirtova whilst down 2-6, 0-3. She later issued a statement saying she ‘shouldn’t have gone on the court’ due to recent issues in her personal life.

Speaking about the series of incidents on the Tour during an interview with Eurosport, 67-year-old Evert says one of the explanations could be linked to the toll the sport is taking on the players mentally. She says there should be more discussions surrounding mental health.

“I don’t know any other sport where the athlete abuses the official as much as tennis,” said Everet. “I worry about the behaviour of players and I even worry about breaking down emotionally on the court and walking off in the middle of a match and I worry about the emotional and mental relapses or breakdowns that these players are having.
“I worry about the players. I’m not making any judgments on the players, but it’s an area of concern: why are players losing control and breaking racquets and putting others in harm’s way?
“Why are they breaking down on the court emotionally? It’s something that needs to be addressed. It’s something that needs to be talked about. Tennis is a sport and it’s not life. I mean even since I’ve had some health issues, I realize it’s a sport. It should be viewed with a different perspective.”

Earlier this week it was confirmed that the ATP intends to crack down on player misbehaviour by ordering officials to take a ‘stricter stance’ when it comes to enforcing penalties on those who break the rules. Andrea Gaudenzi, who is CEO of the ATP, has also ordered a review into the code of conduct. Although there was no mention of addressing anything related to player mental health.

Evert has welcomed a growing trend in players on the WTA Tour collaborating with sports psychologists. One of the most notable being that of world No.1 Iga Swiatek who says a big part of her development has been linked to her work with Psychologist Daria Abramowicz. Another example is Naomi Osaka who recently revealed that she is seeing a therapist. The former world No.1 confirmed in 2021 that she suffers from depression and social anxiety.

“I noticed that now a lot of the women tennis players have sports psychologists. And have therapists and that’s a growing occurrence and I think it’s great because they’re addressing their issues and it’s not easy. It’s not easy living the life of a top player,” she said.
“There are a lot of pressures that people have no idea that you face. Your identity starts to melt in with winning or losing. You’re either a winner that day or you’re a loser that day to the whole world.
“And that has consequences on you emotionally and mentally. We as players and former players understand that better than the public understands that.
“So there’s something emotional going on in the tennis world that needs to be addressed.”

In recent years, both the ATP and WTA Tour’s have set up programmes designed to support players’ mental health.