Ons Jabeur Is Taking Charleston One Step At A Time - UBITENNIS 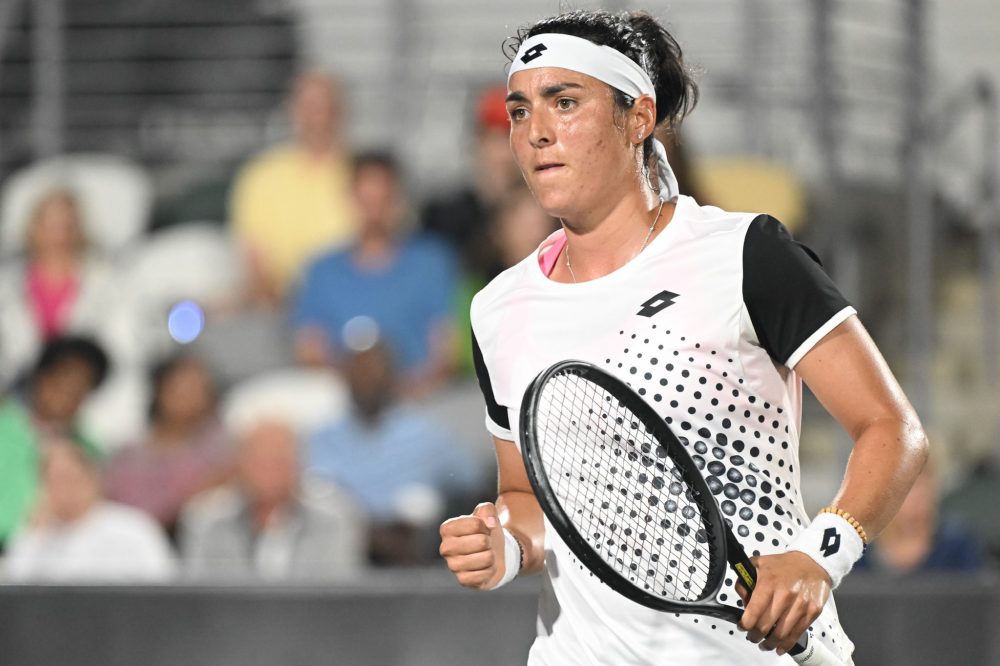 CHARLESTON, S.C. (USA) — Please pardon Ons Jabeur for taking things one step at a time during her play in the last 53 weeks at the big-time clay-court tennis complex on Daniel Island.

Of course, only three WTA Tour tournaments have been held in that time at Daniel Island’s prominent complex that originally was named Family Circle Tennis Center in 2001. And the stocky 5-6 Tunisian has acted like she owned all of them.

Jabeur caught some eyes at the then-named Volvo Car Open last April by advancing to the semifinals of the country’s largest women’s only pro tennis tournament.

By then, Jabeur was thoroughly trained on the green clay courts. She advanced all the way to the final before losing to Astra Sharma.

Jabeur came back to town for the newly named nearly $900,000 Credit One Charleston Open determined to take her journey one step further. By posting an impressive comeback 2-6, 6-1, 6-4 win over unpredictable 20-year-old American Amanda Anisimova on Saturday, Jabeur earned a berth in the tournament’s championship match against Belinda Bencic.

All three of Jabeur’s first three matches in the Credit One Charleston Open ended up with 6-3, 6-2 scores. But it was obvious from the beginning that the big-serving 5-11 Anisimova had her own eyes on the COCO final as the usually consistent Jabeur appeared to be feeling the pressure.

Of course, Anisimova made her biggest headlines three years ago in Paris when she advanced all the way to the 2019 French Open semifinals before losing to Ash Barty. The Freehold, N.J., native has the game to climb much higher than her current 47th world ranking.

A SLOW START FOR JABEUR

Jabeur repeatedly committed uncharacteristic errors in the first set. Anisimova exhibited the same type of play in the second set as she managed to win only one game, and that came by rallying from a love-40 deficit.

The first and second sets were like night and day, but both players picked up their games in the decisive set. Jabeur broke service in the eighth game to deadlock the set at 4-4. Jabeur won eight of the match’s last nine points.

Currently ranked 10th in the world, Jabeur could make a nice jump in the rankings by defeating Switzerland’s 5-9 Bencic.

BENCIC HAS BEEN AROUND FOR AWHILE

If it seems like Bencic has been around on the big stage of tennis for a long time for a 25-year-old, she has. She made her Charleston debut in 2014 by making the semifinals as a 17-year-old. Of course, one of Bencic’s earlier coaches was the mother (Melanie Molitor) of former Swiss great Martina Hingis.

Bencic played terrific tennis in advancing to her first clay court final with a 6-4, 6-3 win over Russia native Ekaterina Alexandrova. Both played a tough first set to get to 4-4, but Ekaterina’s game  then became erratic as she dropped eight of the last 11 games to Bencic.

Bencic played the big points extremely well, especially on her second serves. The 2021 Olympic singles champion and doubles runner-up should be a tough task for Jabeur to handle.

James Beck was the 2003 winner of the USTA National Media Award as the tennis columnist for the Charleston (S.C.) Post and Courier newspapers. A 1995 MBA graduate of The Citadel, he can be reached at Jamesbecktennis@gmail.com.

Related Topics:Ons Jabeur
Up Next