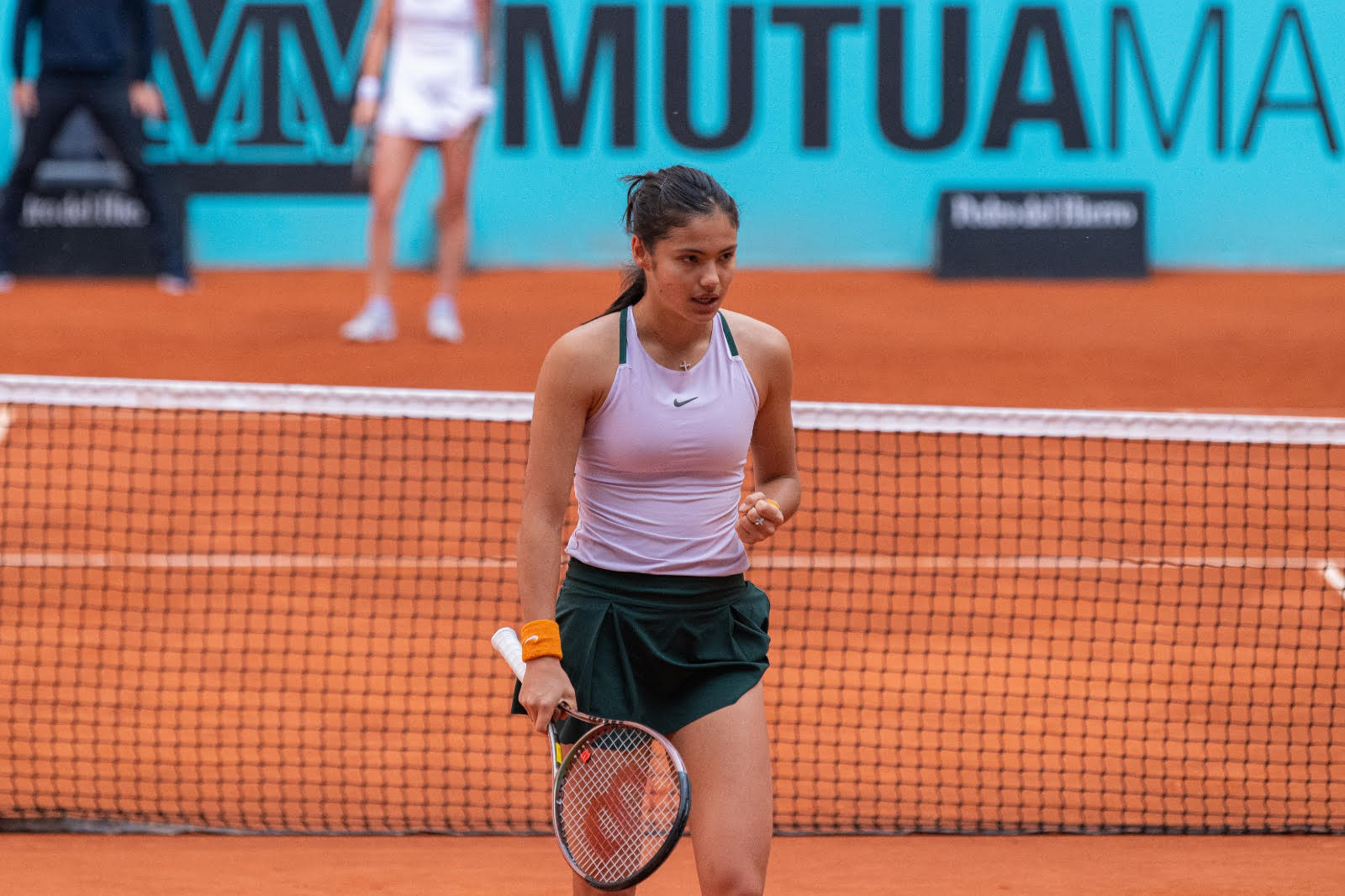 The US Open champion is adjusting to unfamiliar circumstances this week not only dealing with the altitude in Madrid but also without a permanent coach as she prepares for Roland Garros.

However the Brit showed no signs of that affecting her character as she came back from 5-2 down in the opening set to defeat Tereza Martincova 7-6(3) 6-0 in 1 hour and 38 minutes.

It was a victory where the ninth seed displayed her resilience, character and overall stability as she produced a flawless second set to triumph and move into the second round.

Speaking to the WTA website after the match Raducanu admitted she was proud of the way she fought through to get the win, “Whenever you play at a tournament for the first time it is different,” the 19 year-old admitted.

“And on a new court, I didn’t practice on that one, so I was just trying to get familiar with the surroundings. And she came out swinging very well, so I was definitely feeling like I had to dig in here because I knew I wasn’t playing my best at the beginning.

“So I’m proud of the way I was able to make the most out of what had on the day and then I settled down in the second set.”

It will be interesting to see how Raducanu fares as the clay-court season develops with the Brit unlikely to hire a coach anytime soon.

As of now Raducanu has found WTA tour life difficult as she looks to win back-to-back matches for only the second time on Sunday when she takes on Marta Kostyuk.

Speaking ahead of the match the world number 11 admitted it will be an interesting match, “All throughout juniors she was always the favourite when we played,” Raducanu said.

“She was considered much better. Yeah, it’s a funny one. When we played last year she played very good, but also I wasn’t very well that day. So it’ll be an interesting match-up.”

Should Raducanu win on Sunday she could face 7th seed Garbine Muguruza in the last 16 with the likes of Maria Sakkari, Danielle Collins, Bianca Andreescu and Naomi Osaka all waiting in the top half of the draw.

Bianca Andreescu pushed by Riske in opening match in Madrid