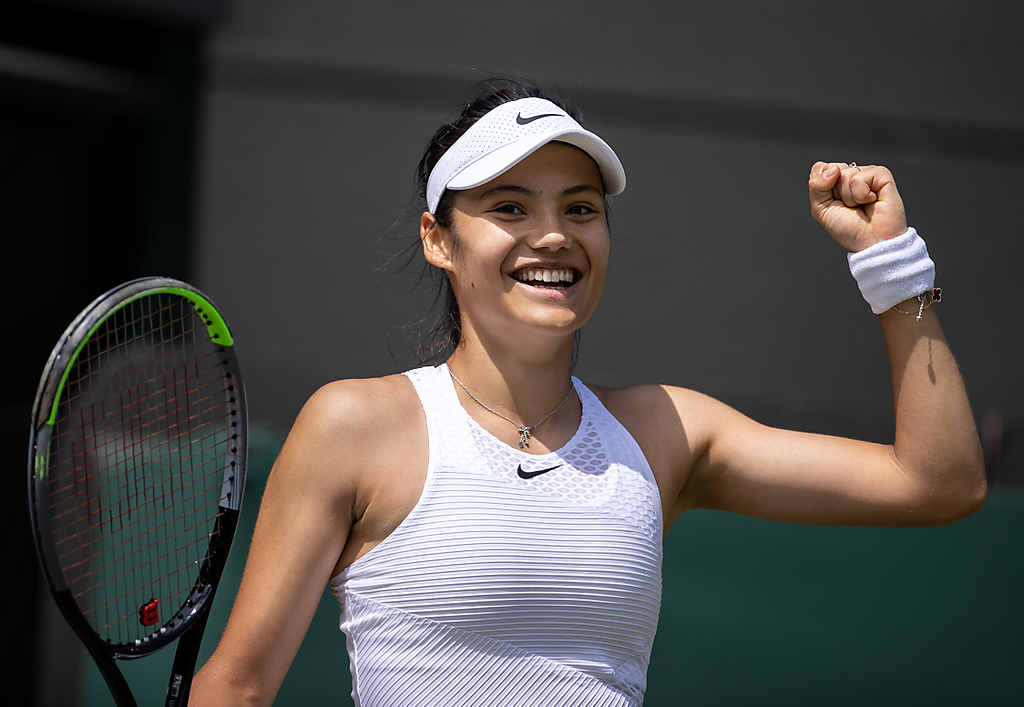 Emma Raducanu (GBR) celebrates an important point whilst playing against Sorana Cirstea (ROU) in the third round of the Ladies' Singles on No.1 Court at The Championships 2021. Held at The All England Lawn Tennis Club, Wimbledon. Day 6 Saturday 03/07/2021. Credit: AELTC/David Gray

US Open champion Emma Raducanu is on the hunt for her fourth coach within a year after cutting ties with Toben Beltz following a lacklustre start to the season.

Raducanu, who made her WTA Tour debut last summer, confirmed in a statement on Tuesday that she has decided to take a new approach to her development with support from the British LTA in the short-term. The decision ends a brief five-month stint with Beltz who is best known for his work with Angelique Kerber. Under his guidance, the Brit has only managed to win five out of 12 matches played so far in 2022.

The past few months have been troublesome for Raducanu who has also had to deal with a series of setbacks on the Tour. After testing positive for COVID-19 last December during the off-season, at the Australian Open she suffered with a hand blister that affected her play. A couple weeks later at the Guadalajara Open she was forced to retire during her first round match due to a hip injury. Then in Indian Wells, Raducanu told reporters she was troubled by a stiff back. Last week at the Stuttgart Open she reached the quarter-finals of a Tour event for the first time this season.

“I want to thank Torben for his coaching, professionalism and dedication over the last half a year,” Raducanu said in a statement.
“He has a huge heart and I have enjoyed our strong chemistry during the time together.
“I feel the best direction for my development is to transition to a new training model with the LTA supporting in the interim.”

Beltz is the third coach to come and go since last summer for Raducanu. After reaching the fourth round at Wimbledon she replaced the experienced Nigel Sears with Andrew Richardson. However, she decided not to continue working with Richardson after her triumph at the US Open where she became the first qualifier in history to win the women’s title. Her initial decision to work with Beltz was because she wanted to be coached by somebody with more experience on the WTA Tour.

Raducanu is currently in Spain practicing ahead of the Madrid Open which will begin on Thursday. During the WTA 1000 event she will be mentored by Iain Bates who is the head of women’s tennis for the LTA.

It is unclear as to who the 19-year-old may next turn to for help. One possible name is Ricardo Piatti who recently went separate ways with Jannik Sinner. Raducanu has previously trained at his academy in Italy.

Earlier this week Raducanu reached a career ranking high of 11th in the world.