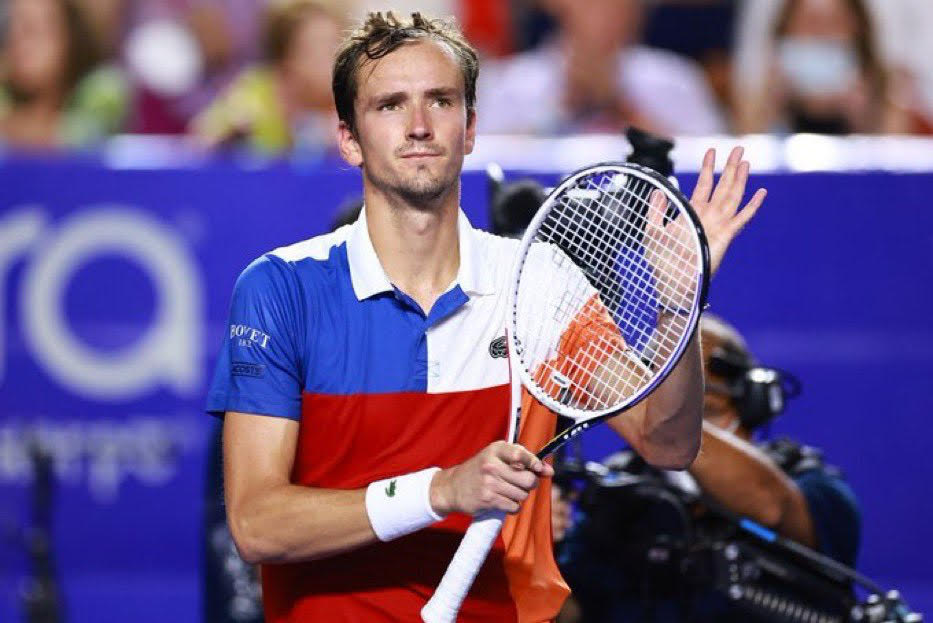 Daniil Medvedev’s participation at the second grand slam of the season is in doubt after having to have a surgical procedure on his hernia.

The Russian announced the news on Twitter after losing in the quarter-finals of the Miami Open to Hubert Hurkacz.

In the announcement Medvedev announced that he will be out of action for up to two months, “The last months I have been playing with a small hernia,” Medvedev said on his social media platforms.

“Together with my team I have decided to have a small procedure done to fix the problem. I will likely be out for the next 1 – 2 months and will work hard to be back on court soon.”

The news means that should Medvedev be out for two months then he will miss Roland Garros which starts on the 22nd of May.

Last year the Russian made the quarter-finals at the grand slam where he lost to Stefanos Tsitsipas.

It’s a big blow for Medvedev who made a great start to the season where he reached the final at Australian Open where he lost that epic match to Rafael Nadal and also lost to Nadal in the semi-finals in Acapulco.

During that time Medvedev also was world number one for a couple of weeks before losing the ranking at Indian Wells.

Should Medvedev not participate in Paris his next tournament could be at Wimbledon which starts on the 27th of June.