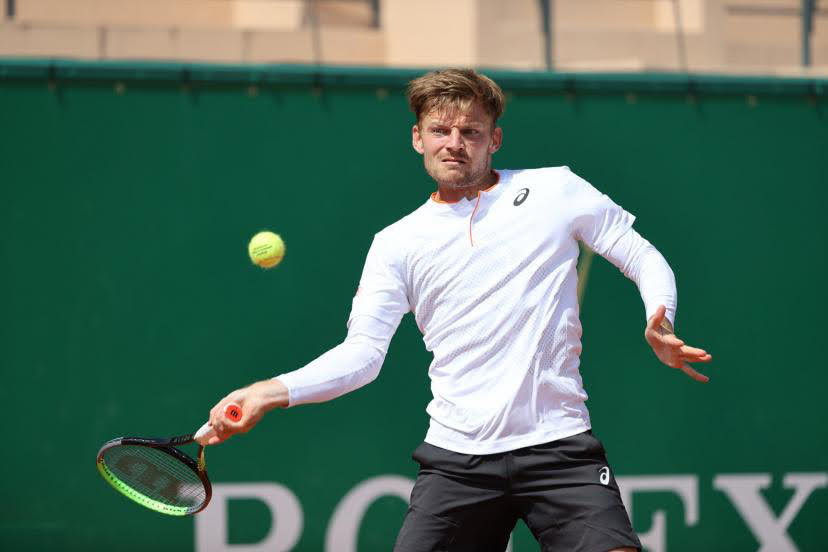 David Goffin believes an increase in confidence has translated into results after winning his seventh consecutive match.

The Belgian won his seventh consecutive match as he remains undefeated on clay in 2022 after a 7-6(3) 6-2 win over Dan Evans in Monte-Carlo.

Goffin overcame some good tennis early on from last year’s semi-finalist as he sealed a straight sets win and reach the last 16 in Monaco.

It means Goffin has won his last seven matches which have all come on clay after winning the title in Marrakech last week.

The world number 47 believes it’s all down to confidence and mindset that form is coming together after a tricky start to the season, “Since the beginning of this year, I really wanted to do well. My knees were a lot better, so little by little I was able to find my rhythm and confidence also,” Goffin said in his post-match press conference.

“Little by little, I found the right mindset, and I was able to play those matches. I just had a little scare with my knee after Australia, but there is also a match I should have won in Indian Wells first round. But it started being a lot better in the challenger of Phoenix.

“I got better and better, and now that we are on clay, it boosted my confidence. Now I feel good. My timing is a lot better. The general approach during the past weeks was a lot better too. So I was convinced it would go well.”

It is clear that on his day Goffin can frustrate the best players in the world on this surface and will look to do the same throughout this clay court season heading into Roland Garros.

Goffin was also asked about whether he can return to the level he was at in 2017 and also about the future of tennis with the likes of Carlos Alcaraz and Sebastian Korda coming through.

Goffin said that anything is possible and the future of the sport is very exciting, “In 2019 I become top 12. I always try to be in a good shape all the time, but it’s very difficult,” Goffin admitted.

“The level is so high right now that you cannot stop working. You have to work a lot all the time. The hard work I did lately allowed me to be where I am today, and I’m quite proud.

“Alcaraz is incredible. There is a bit of everything. The generation after me, 25, 26 years old, Rublev, Berrettini, Daniil are now in the top 10 solidly, and then there is the younger generation with Sinner, Alcaraz, that are not far from top 10. All this is very exciting. And the big three are still there.
When everything goes well, they can still have big wins.”

Goffin will look to continue his momentum into the third round in Monte-Carlo when he takes on Novak Djokovic’s conqueror, Alejandro Davidovich Fokina on Thursday.