Iga Swiatek Ready To Embrace Pressure Of Being World No.1 - UBITENNIS 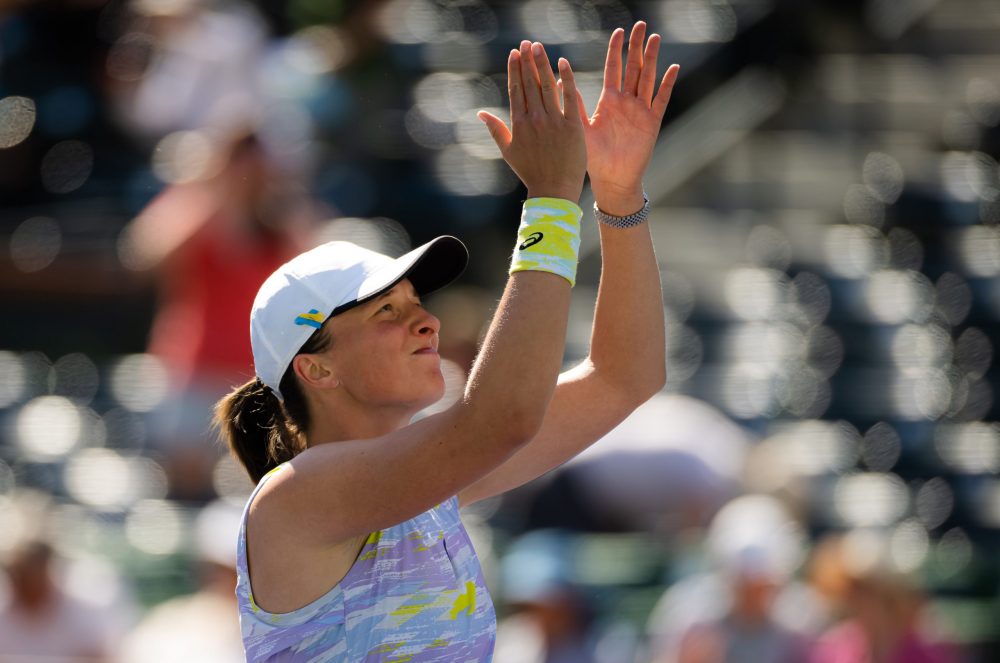 Iga Swiatek admits she doesn’t know what will happen when she officially rises to the top of the WTA rankings but she believes she is in the right mindset to handle the responsibility.

The 20-year-old will officially become world No.1 next week following the conclusion of the Miami Open where she is bidding to achieve the sunshine double after winning Indian Wells earlier in the month. Swiatek will replace the recently retired Ash Barty at the top of the rankings. The rise comes less than a month after she broke into the world’s top three for the first time in her career.

Given Barty’s unexpected retirement decision, the Pole now finds herself having to cope with a likely surge of interest in her by both the media and commercial enquiries. Nevertheless, she feels she will be able to deal with the demand thanks to her team.

“I don’t really know how that feels exactly because I have never been a No. 1. We are going to have to see and react probably,” she said following her fourth round win over Coco Gauff at the Miami Open.
“But I feel right now pretty good. I always had a kind of ease to cut off the rankings and the numbers and just focus on playing. This season I have much more joy from being on court and playing and competing, so I think if I’m going to keep up with the same attitude, it’s going to be fine.’
“You never know what’s gonna happen because I never been in such situations.”

Swiatek first rose to prominence at the 2019 French Open when she stunned the field to win the title. Becoming the first player from her country to win a major and the youngest French Open champion since Monica Seles in 1992. Following the triumph, the Pole has won four more Tour titles with three of those being at WTA 1000 events.

Reflecting on her past achievements on the court, Swiatek is confident that the experience of her Grand Slam triumph will help her deal with the pressure of becoming world No.1.

Swiatek believes part of her success on the Tour has been down to the work on her mental strength with her sports psychologist Daria Abramowicz. She says she is now better prepared in dealing with any adverse situations occurring such as disappointing losses on the Tour.

As for the immediate future, Swiatek has played down the idea of using her new No.1 ranking to be a global ambassador for the sport. Explaining that she doesn’t want to place too much pressure on her shoulder at a young age. Although she does have another goal in her mind.

“My goal from the beginning when I started (playing) was to make tennis more popular in Poland, and I’m going to for sure be focusing on that,” she states.
“For sure now I also have more impact worldwide. But honestly, I don’t want to put too much baggage on my shoulders. I know handling this is something that’s pretty tough, so I’m going to give myself a little bit of time and continue what I was doing in Poland.’
“Maybe some day I’m going to feel strong enough to also be like a tennis representative for the whole world.”

Swiatek will play two-time Wimbledon champion Petra Kvitova in the quarter-finals of the Miami Open.