Former World No.1 Caroline Wozniacki Stars In TV Series About her new life as a mum - UBITENNIS 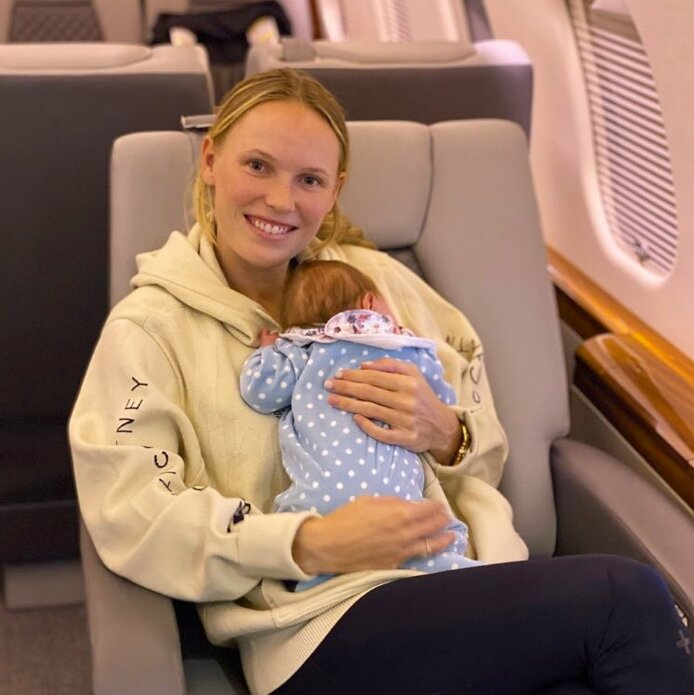 Written by Tommaso Mangiapane and edited by Kingsley Elliot Kaye

Caroline Wozniacki had a remarkable career, fulfilling her childhood dreams:  No. 1 of the WTA rankings for 71 weeks (2010, 2011, 2018), and a Major crown in 2018, when she won the Australian open in a final full of drama against Simona Halep, where both players were striving to grasp their first Major title. In 2017 she won the WTA finals. Diagnosed with rheumatoid arthritis, after the 2018 US Open, she battled fiercely and was able to recover. She played her last tournament match in the third round of the Australian Open in  2020, and it was another battle, on court, this time. She lost to Ons Jabeur 7-5 3-6 7-5 and left court overwhelmed with emotion and cheered by the public amid chants of “Sweet Caroline”.

Now Caroline is exploring new depths in the second stage of her life.

Family has always played a very important role in her life. In an interview she said: “I love spending time with my family, they’re amazing. With my dad being my coach, I’d see him every day on the court. My parents are extremely supportive, and whatever it is that I need, they’re always the first people I call for help.”

Wozniacki and David Lee married in June 2019. They had been dating since Valentine’s Day in 2017, after being introduced by a friend at a dinner. Starting a new family with her soulmate is another dream come true.

Wozniacki and Lee announced they were expecting a baby on 10th February 2021. Olivia was born on 11th June.

Ever popular on social media, Wozniacki is delighted to share her new adventure with her fans and regularly posts pictures of her daughter. Their recent trip to a zoo has become an Instagram craze and Caroline and her daughter are one of the most followed mum&daughter duo.

Now her motherhood life is on TV as well. The first two episodes of “Wozniacki & Lee”, produced by Warner Bros. International Television Production Denmark was premiered on 21st March by Viaplay. The series portrays their life before and after the birth of their first daughter. It also features Wozniacki’s greatest tennis friends, Serena Williams – another famous tennis mum – and Agnieszka Radwańska, as well as triple NBA Champion Draymond Green and the first-time parents’ families.

“For many years it’s been about us and becoming parents is a new and very different chapter in our lives.” – say Wozniacki and Lee – “It’s always a bit nerve-wracking to share a personal story, but being part of this documentary has given us the possibility to look back at our careers and share the most fantastic story in our lives: becoming parents to Olivia.”