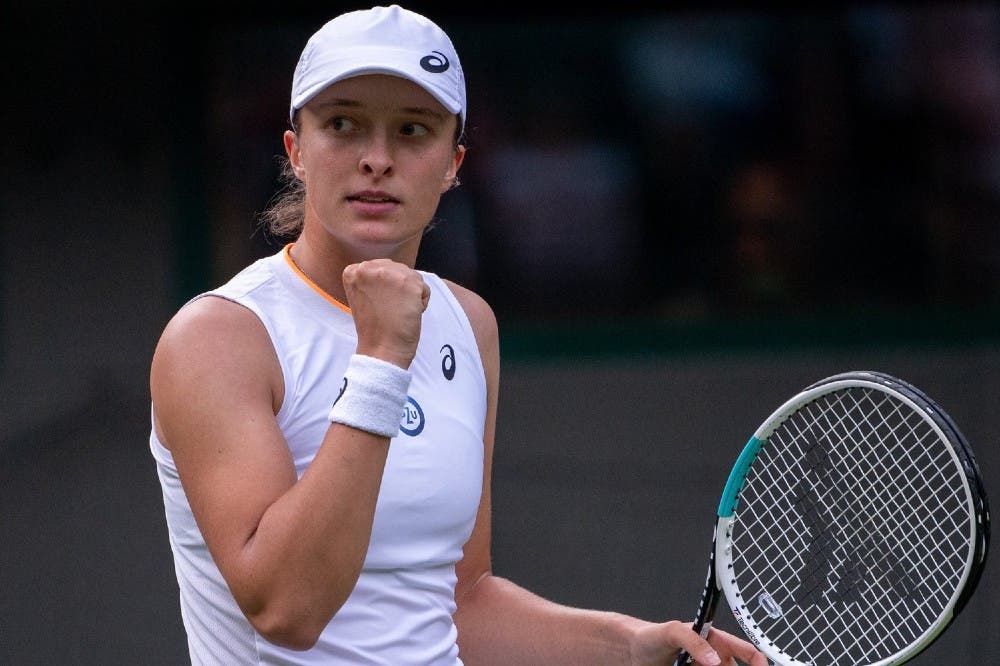 The WTA Tour moves from California to Florida for the Miami Open, the second stop of the Sunshine Double. The top seeds of the tournament at the Hard Rock Stadium are Aryna Sabalenka and Iga Swiatek.

Twenty-seven of the top 30 players feature in the main draw.

Sabalenka could meet Irina Camelia Begu or US wildcard Hailey Baptiste in the second round. If she gets through to the third round, she could meet 25th seed Daria Kasatkina, who will face Aliaksandra Sasnovich in her first round.

Sabalenka has won 10 WTA singles titles, including four at WTA 1000 level, but she is looking to reach her first final since she won the WTA 1000 Madrid title last May.

Halep could face Raducanu in the third round. The Romanian player is in good form and reached the semifinals at Indian Wells last week.

Pliskova, who reached the final in Miami in 2019, is the favourite against either Camila Giorgi or Ajla Tomljanovic.

Sabalenka could be on a collision course for a quarter final against Halep.

Number 3 seed Annett Kontaveit leads the second quarter of the draw. The Estonian player has won five titles in Cluj Napoca, Moscow, Ostrava, Cleveland, St. Petersburg and has a record of 43-8 last August. She will take on either Ann Li or Mayar Sherif.

Kontaveit is projected to face Ons Jabeur for the third time this season in a potential semifinal. They are 3-3 in their six head-to-head matches.

The winner of a possible match between last year’s US Open semifinalist Leylah Fernandez and Angelique Kerber awaits Sabalenka. Fernandez beat Kerber at the US Open last year.

Naomi Osaka will play against Astra Sharma in the opening round. The winner of this match will face Kerber in the second round.

Fernandez will face against the winner of the all-Czech match between Karolina Muchova and Tereza Martincova in the second round.

This year’s Australian Open finalist Danielle Collins could meet Ons Jabeur in the Round of 16 in the bottom half of this quarter. Collins will open her campaign against either Caroline Garcia or Anna Bondar.

Jabeur could take this year’s Australian Open quarter finalist Kaia Kanepi in the third round.

Last year’s Indian Wells champion Paula Badosa is on a collision course for a quarter final match against Maria Sakkari. It would be a re-match of their last week’s Indian Wells semifinal last Friday.

Badosa starts her Miami Open campaign against either Laura Siegemund o a qualifier before a possible clash against Marketa Vondrousova. The winner of this match could face Victoria Azarenka in the Round of 16. Azarenka will have to beat either Elise Mertens or Jasmine Paolini.

Azarenka has won the Miami Open title three times in 2009, 2011 and 2016 and is the most recent player to score the Sunshine Double in Indian Wells and Miami in 2016.

Sakkari will face the winner of the first round match between Beatriz Haddad Maia and Nuria Parrizas Diaz. The Greek player is projected to face Madison Keys in the third round, but the US player will have to beat Sofia Kenin first in the second round.

Sakkari in on a collision course for a possible Indian Wells quarter final clash against Elena Rybakina, who will have to come through a tough section match that features Jessica Pegula and Sloane Stephens.

Garbine Muguruza will open her campaign against a qualifier before a potential second round match against Petra Kvitova in the third round.

Kvitova has not lost to Muguruza since their first round match in 2015.

Muguruza could face a Round of 16 match against 2018 Miami Open finalist Jelena Ostapenko, who will open her campaign against either Shelby Rogers or Amanda Anisimova. Rogers beat Ostapenko in Indian Wells last week.

Iga Swiatek has won her past 11 matches by winning the first two WTA 1000 titles of the season in Indian Wells and Miami.

Swiatek will play against either Viktorjia Golubic or a qualifier in the second round and could meet local favourite Coco Gauff in the Round of 16.