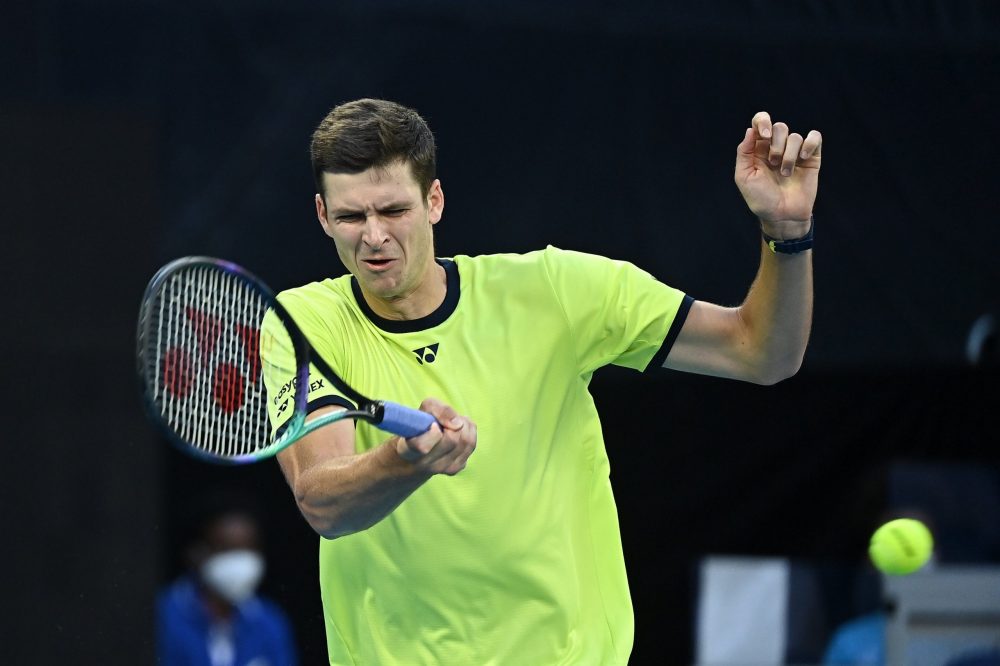 Hubert Hurkacz is into the second round of the ABN-AMRO World Tennis Tournament in Rotterdam after beating Jo-Wilfred Tsonga 6-4, 7-6 in one hour and 30 minutes.

The world number 11 served nine aces, won 83% of his first serve points and wasn’t broken once in the entire match.

“He’s a very experienced player and he is a tricky player and he has a very good forehand so I am happy with the win and I think I followed the game plan,” Hurkacz said afterwards.

The first was a very tight contest with both players not flinching on their service games and at 3-3, it was the Frenchman who earned the first breakpoint of the match.

On his second set point of the game, Hurkacz managed to get the crucial break of serve to take the first set.

The second set was a closer battle with both players holding their serve with no issues at all and the set went into a tiebreak. After winning the opening point the world number 11 got an early lead with a forehand winner to take a 2-0 lead.

At 3-2, it was Tsonga’s turn to respond as he came up with a bigger forehand of his own to put the breaker back on serve. Unfortunately at 3-3 the Frenchman missed a volley and gave the break back.

The match went back on serve and at 6-5 the world number 247 found himself at set point but again was snubbed by the Pole big serve but he was able to earn a second chance but squandered it as well.

At 7-7, Tsonga missed another volley giving the world number 11 his first match point and he took it to win the match.

There were three other singles matches played on day one of the tournament and the day started with Mackenzie Macdonald taking on Nikoloz Basilashvili.

The American had no issues beating the Georgian native in straight sets 6-3, 6-2 in one hour and five minutes while the Aussie Alex De Minaur also had a comfortable win over the Belgian David Goffin 6-0, 6-3 in one hour and 15 minutes.

Despite the loss, Goffin outlined his plans and his goals for the year after coming back from an injury.

” The goal is to stay healthy after coming back from injury and be 100% in every match which is the main goal and with some wins maybe my confidence will come back soon”. He said

He also added “You can see the tennis is coming back in the last two weeks and with a good win last week in Montpelier and this week against Alex (De Minaur) it was tough because he is a hard opponent and it’s not easy in the first round.”

Goffin made it clear he wants to improve after every match and stated the importance of staying healthy.

In the last match of the day and with no fans in attendance due to a covid restriction that implemented that all fans needed to leave the building by 10 pm, Cameron Norrie was able to beat Ugo Humbert in straight sets.

The Brit beat the Frenchman 6-2, 6-4 in one hour and 22 minutes and was able to come back after trailing 2-4 in the second set.

In the two other matches of the day Denis Shapovalov from Canada will take on the Czech qualifier Jiri Lehecka and in the last match of the day on Center Court the Dutch favorite Botic Van De Zandschulp faces another Spaniard in Bernabe Zapata Miralles.

Related Topics:Hubert Hurkacz
Up Next

Former World No.1 Simona Halep To Play Without Coach