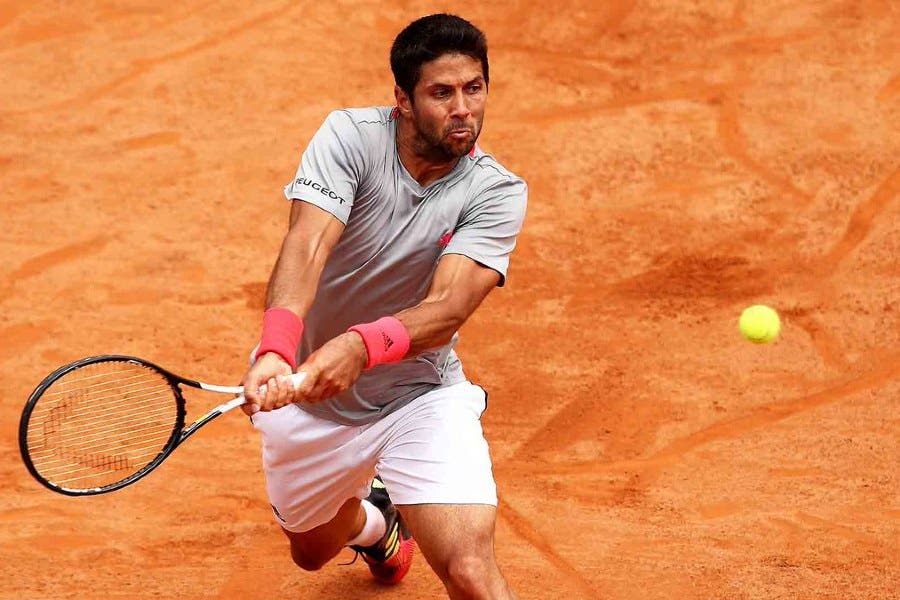 Verdasco earned his only break in the third game to seal the first set 6-4. Dellien bounced back by breaking serve in the eighth game to win the second set 6-3. After a trade of breaks at the start of the second set, Verdasco broke twice to win the third set 6-1. Verdasco will face either Thiago Monteiro or Albert Ramos Vinolas.

Verdasco is now ranked world number 201 and returned to the ATP Tour after playing in Challenger Tour tournaments.

“It was a difficult transition after taking part in only in the ATP Tour. I have done my best to recover from knee and elbow injuries and to regain my confidence and the feeling that I have the energy to continue winning matches”, said Verdasco.

Verdasco will take on Argentine qualifier Francisco Cerundolo, who beat Facundo Bagnis 7-5 6-2 in 1 hour and 52 minutes. After a trade of breaks in the second and third games of the opening set, Bagnis earned two consecutive breaks to open up a 5-1 lead. Cerundolo pulled both breaks back to draw level to 5-5. Cerundolo sealed the first set 7-5 with his fourth game in the 12th game. Cerundolo broke twice in the first and fifth games and saved a break point to seal the second set 6-2.

Fifth seed Dusan Lajovic came back from one set down to beat Benoit Paire 4-6 6-4 7-6 (7-3) after 2 hours and 4 minutes to reach the second round at the Argentina Open in Buenos Aires.

After a trade of breaks in the first two games, Paire broke for the second game at love in the fifth game to close out the first set 6-4.

Lajovic went up a break in the sixth game of the second set to take a 4-2 lead. Paire broke back in the ninth game for 4-5, but Lajovic sealed the second set 6-4 with his second break.

Lajovic, who reached the quarter finals in Buenos Aires twice, came back from a break down three times in the third set and saved three match points at 5-4 40-0 before winning the tie-break 7-3.

Lajovic now leads 3-2 in his five head-to-head matches against Paire. The 2019 Monte-Carlo Rolex Masters 1000 finalist set up a second round match against Federico Coria, who overcame Uruguay’s Pablo Cuevas 6-1 1-6 6-3 in 1 hour and 55 minutes.

Djere went up a 2-0 lead with an early break in the second game of the opening set. Kecmanovic won the next four games with two breaks and held his next service games to win the first set 6-4.

Djere cruised through to a 6-1 win in the second set with a double break in the second and fourth games. Kecmanovic saved three break points before earning two breaks in the fourth and sixth games to close out the third set 6-1.

Jelena Ostapenko eases past Wang Xinyu to reach the second round in St. Petersburg

Andy Murray Says His Focus Is On Playing, Not Retirement