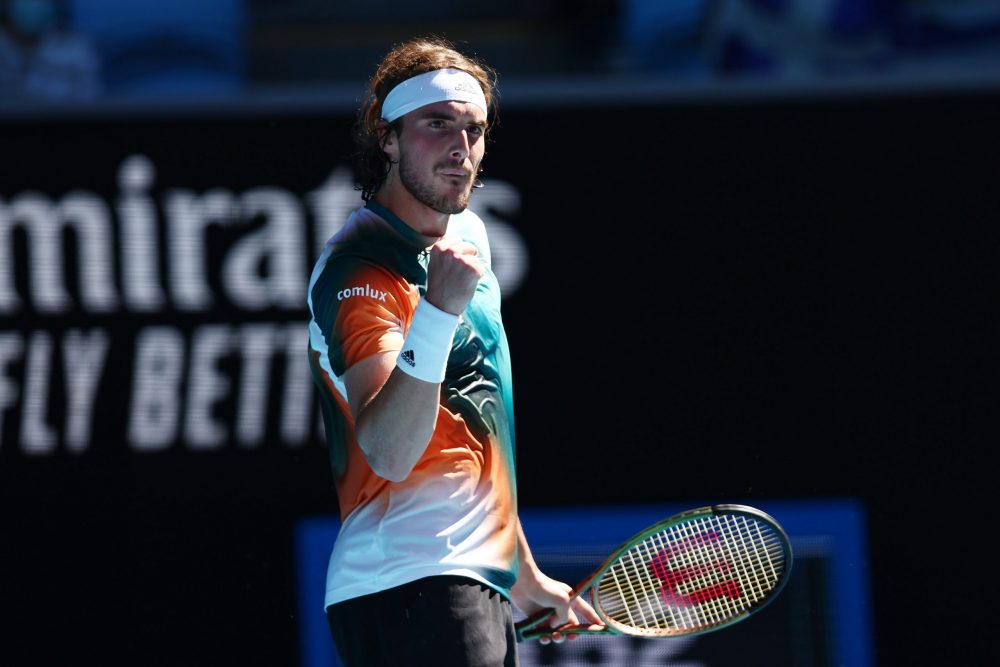 Stefanos Tsitsipas encountered some stern resistance during his roller-coaster second round win over Argentina’s Sebastian Baez at the Australian Open.

The world No.4 was pushed to his limits during the 200-minute encounter before eventually prevailing 7-6(1), 6-7(5), 6-3, 6-4, on the Margaret Court Arena. Despite the gap in experience between the two, Tsitsipas struggled at times to pull away from his opponent who saved four out of 18 break points. However, as the match progressed the Greek managed to nudge ahead to close out the win with the help of 44 winners and 12 aces.

“It wasn’t easy. I’m glad I overcame that obstacle today. (There was) lots of fighting, a little bit of swearing but I’m glad to be in the third round,” Tsitsipas said during his on-court interview.
“It was a pretty hot day today but I tried to play with my heart and it paid off.”

21-year-old Baez was playing in the main draw of a Grand Slam for the first time in his career. Last year the world No.88 illustrated his potential as a future top player on the men’s Tour by winning six Challenger titles. Tsitsipas was the first top 25 player he had faced in his career.

“He‘s a great player. I haven’t seen him play much. I know he had a good run at the Next Gen Finals which is an event I played a few years ago,” Tsitsipas said of the youngster.
“He’s a good player. One of the biggest forehands that I’ve faced so I hope with the right work and mentality he can reach his goals and make an impact on the game.“

The clash was a frustrating encounter for the world No.4 who during the first two sets struggled to tame his opponent. In the opener, he failed to convert eight break point chances before finally converting for a 5-4 lead. However, he was then broken in the following game. Tsitsipas managed to regroup and won the opening tiebreak in clinical fashion before Baez once again battled back in the second frame to draw level.

Split at one set all, the match came to a halt when Baez, who was on the court for three-and-a-half hours during his first round match, took a medical timeout for treatment on his leg. Sensing blood, Tsitsipas then went on a five-game which gave him enough of a margin to close out the third set with relative ease.

Despite the spirited efforts of Baez, it was not enough to derail the two-time semi-finalist who broke early on in the fourth set to close in on victory. Serving for the win, he worked his way to three match points after a backhand from the Argentine crashed into the net. He converted his second with a serve down the centre of the court which his rival failed to return.

“I tried to go for my shots a little bit more. At certain moments I got a little bit lucky with trying to get the right depth and coming in. On the return I stay as close to the baseline as possible to cut out the time for him and push him back a little bit more,” Tsitsipas explained when asked how he turned the match around.

The 23-year-old is through to the third round for a fourth consecutive year. Today’s win is his 35th at a Grand Slam and 12th at the Australian Open alone. He will play either Grigor Dimitrov or Benoit Paire next.