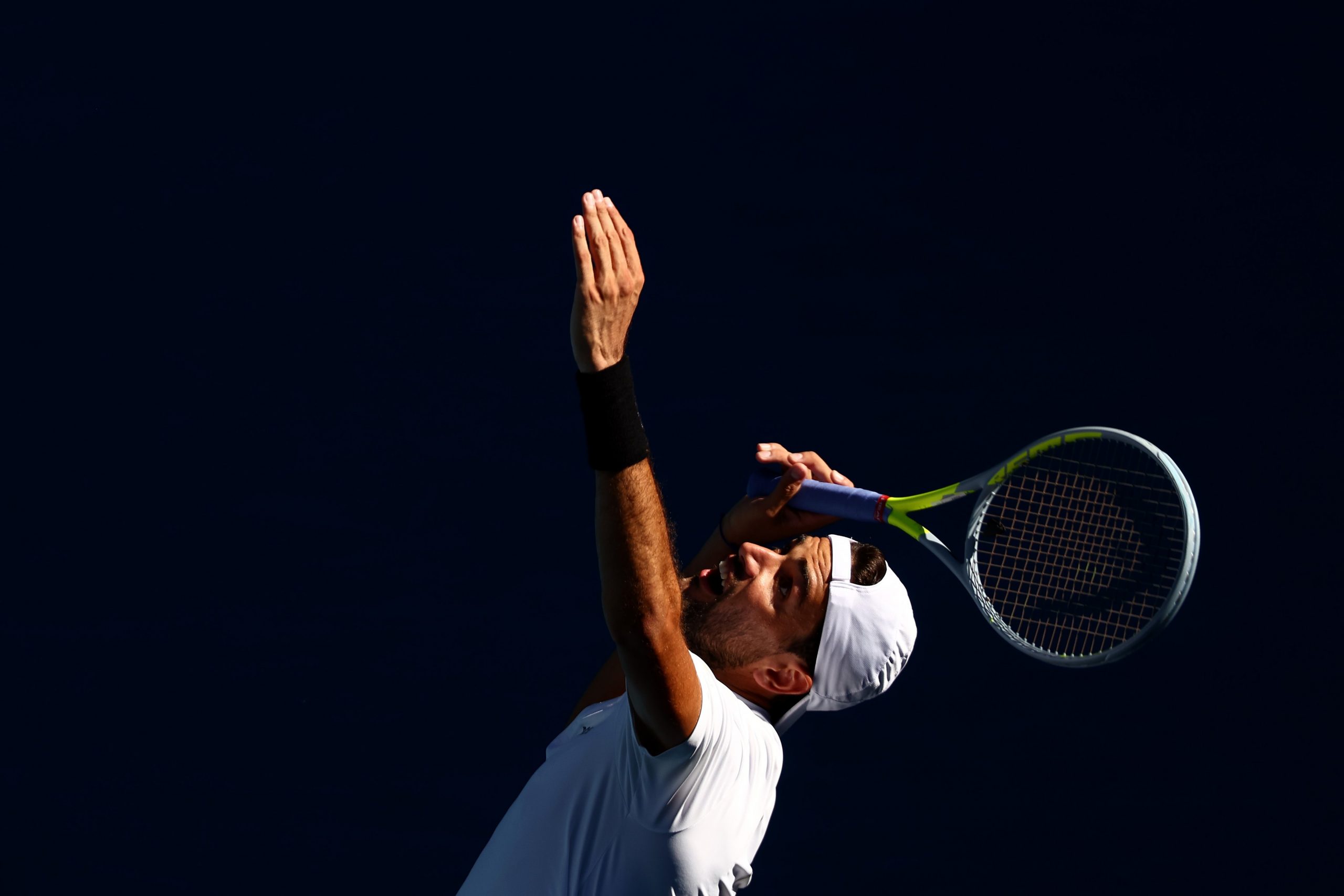 The Australian Open continues on Friday with day five of the action.

But before that, top ranked Italian and last year’s Wimbledon finalist, Matteo Berrettini, continues his campaign against rising star Carlos Alcaraz of Spain.

On 1573 Arena, 25th seed Lorenzo Sonego goes in search of his first fourth-round appearance in Australia, as he entertains Miomir Kecmanovic.

I managed to catch up with our very own Vanni Gibertini, and ask for his thoughts on Italian tennis’ hopes for this tournament.

Question 1: On Friday, can Camilla Giorgi cause Ash Barty any problems, if any? What is the strongest part of the Italian’s game?

Answer: Camila has only one way to try to win this match; just prevent Barty from playing tennis, going all-out on any chance she gets.

Luckily for Camila, that’s the game she’s been playing all her life, but she will need to be at the top of her game, and her serve needs to help her in a big way.

Question 2: Is this the Slam that we will see Jannik Sinner make a real statement of intent, in your opinion?

Answer: Sinner has not been very lucky with draws at Slams, except for Roland Garros 2020 when he faced a very subdued David Goffin in the first round (the Belgian had just had his wedding postponed by the pandemic).

He then went on to reach the quarter-finals where he lost to Rafa Nadal.

In this tournament, he finds himself with a viable path to the quarter-finals, and needs to prove to the world, and, himself, he belongs in the top 10 club he entered in, at the end of 2021.

I see him getting to the quarters where he will face Stefanos Tsitsipas for a place in the semis.

Question 3: Is the draw opening up for Lorenzo Sonego to get past Miomir Kecmanovic and go further on in this tournament?

Answer: This is a chance of a lifetime for Sonego.

Kecmanovic in the 3rd round of a Major, with the prospect of Gaël Monfils or Cristian Garin to reach the quarter finals, is a draw that would raise a lot of money, if it was auctioned off.

But the same goes for Kecmanovic, so it will be a fight.

Sonego worked on his shots during the off-season: the motion of his serve has been tweaked, as well as his backhand grip.

That may take time to digest, so it’s a question mark whether this Sonego 1.2 will pass the stress test.

But he’s in good shape, eager to play and has a great heart, and he won’t give up until he hasn’t a drop of energy left in his body.

Question 4: With Novak Djokovic‘s absence, could Matteo Berrettini win the Australian Open, or will the powerhouse of Carlos Alcaraz provide a potential stumbling block to his tournament hopes?

Answer: Matteo is an example of self-belief, so he definitely believes he’s in the mix to raise the trophy a week on Sunday.

Physically he’s probably still around 60%, and he’s going into a match with Alcaraz where he has everything to lose.

Bookmakers have him as the underdog, but he has the weapons to make his own fortune.

If he can get past the young Spaniard, it could be the win he needs to go very deep into this tournament.