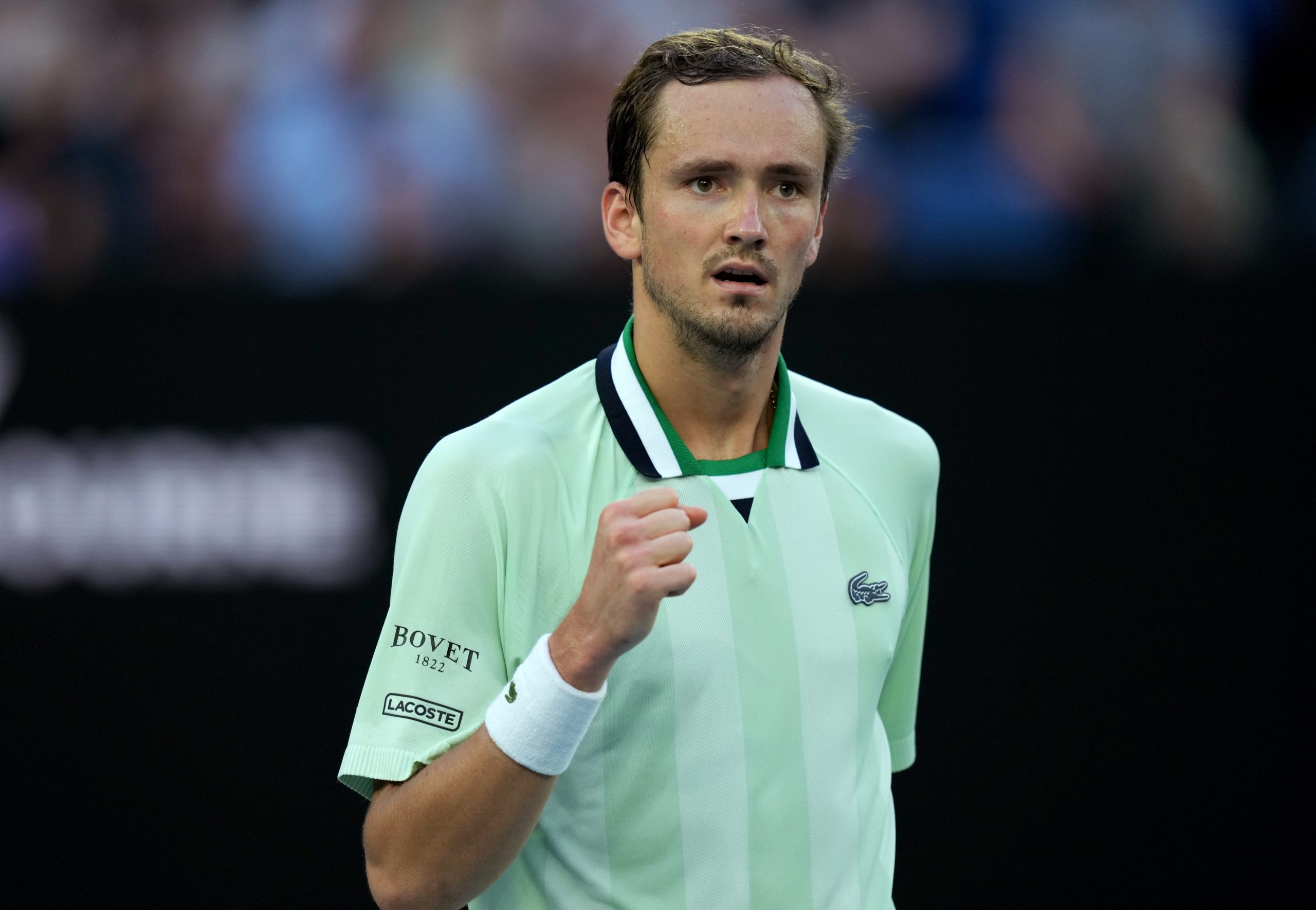 Daniil Medvedev has revealed he feels a lot more confident since winning the US Open after reaching the last 16 at the Australian Open.

The Russian reached the second week at the Australian Open with a comfortable 6-4 6-4 6-2 victory over Botic Van De Zandschulp.

Medvedev served 10 aces and hit 26 winners as he moved into the last 16 with relative ease.

In his post-match press conference the world number two revealed that he feels more confidence since winning his maiden grand slam, “Maybe a little bit more confidence, but the thing is that even when I was, I don’t know, 50 in the world, of course, probably not going to win a Grand Slam, but I wanted to win,” Medvedev said when asked what has changed since winning the US Open.

“I hate to lose. I want to win every match I play. But definitely some extra confidence just by knowing that this is possible, and if not, I mean, every match is tough. But again, in sport, we don’t, you know, talk about the past, because, yeah, anything could happen. What happened happened. So, yeah, I’m feeling just confident and great about my game.”

Medvedev will hope to continue his confidence into the second week as he is the firm favourite to win his second grand slam title in Melbourne.

The US Open champion also spoke about his relationship with the crowd after a much better response from them then the one he received against Nick Kyrgios, “Yeah, to be honest, I don’t think it’s the same because the other night I was playing against an Australian player, very electric Australian player. Again, as I said, I didn’t have any issues except the one small thing, which is first and second serve,” Medvedev told reporters.

“After the match, I think it was, yeah, straightaway pretty actually fun for everybody. That’s how I felt, and I didn’t see actually a lot of let’s say negative reactions. Here, straightaway this match I feel like — I like coming to Australia, I feel like people support me in general here. I want to even say feeling in a way like home.

“Every January you are here, you know you’re going to be there. So I do think it’s much more ups than downs with Australian crowd.”

Next for Medvedev will be serve and volleyer Maxime Cressy who reached the second week with a win over Australian Christopher O’Connell.

The French-born American reached the final of the Melbourne Summer Set losing to Rafael Nadal and Medvedev knows he has to prepare well for this match, “We’ll have to prepare well tactically, mentally,” the Russian said.

“I mean, I heard he serves pretty well. So if you don’t have a good serve, probably you won’t serve and volley and it’s not going to be effective. I do think it’s possible, yeah, to be a top player like this. But like no matter what you do, slice, serve and volley, or return good, if you want to be at the top, top, you need to make it almost perfect, because other guys will try to break you and your style. So far he’s doing great I think in his career.”

The match will take place on Monday with the winner potentially meeting either Andrey Rublev or Felix Auger-Aliassime in the quarter-finals.

Related Topics:australian openDaniil Medvedev
Up Next