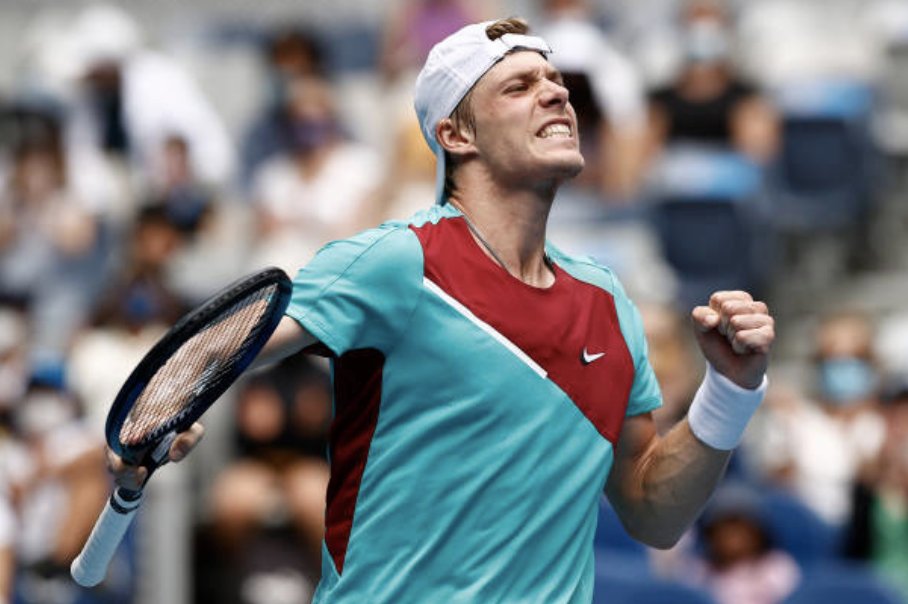 14th seed Denis Shapovalov was pushed to the very limit by South Korea’s Soonwoo Kwon in a five-set thriller.

After coming back from two sets to one down in 4 hours and 25 minutes, Shapovalov takes his place in round three where he will face big serving American Reilly Opelka.

With a day off on Thursday, the 22-year-old will not have long to recharge his batteries and continue his tournament aspirations.

At 54 in the world, its safe to say Kwon played well above his ranking.

An interesting first set saw Shapovalov break Kwon to love in the opening game, and he backed this up with a comfortable hold of serve.

Shapovalov began to move his opponent all over the court, going 4-1 up with some fine serve and volleying technique at the net.

But Kwon fought back to break and hold serve as the scoreline became 4-3.

Shapovalov held to take a 5-3 lead and inch closer to the set, only for Kwon to recover the break of serve and force a tie-break.

At 3-2 down in the breaker, Shapovalov played some clutch tennis right when it mattered to get himself out of a hole and stole the first set 8-6.

At 3-3 in the second set, Kwon got the decisive breakthrough to move ahead, only to be immediately pegged back by Shapovalov for 4-4.

Staring down the barrel at 5-4 down, Kwon impressively saved a set-point and forced a tie-break.

The South Korean hit through the Canadian with some huge forehands to take it 7-3 and level the match.

At 3-3 in the third, Shapovalov broke the South Korean’s serve only to surrender the break for 4-4.

There was a feeling of déjà vu around Margaret Court Arena, as set number three, like sets one and two, again went to a tie-break.

It was Kwon, as in the previous tie-break, that came out on top, taking it impressively 8-6, as an upset threatened.

Shapovalov knew he had to dig deep and did so producing a marvellous backhand smash at 2-2, 40-30 down.

The fourth set continued on serve, with a tie-break looming, only for the Canadian to clinically seize it 7-5.

Kwon would have won many admirers with this performance, but ran out of steam in the fifth as Shapovalov proved why he is one of the fittest players on the tour.

Two breaks of serve at 1-0 and 5-2 gave Shapovalov a highly satisfying win.

Related Topics:australian openDenis Shapovalov
Up Next