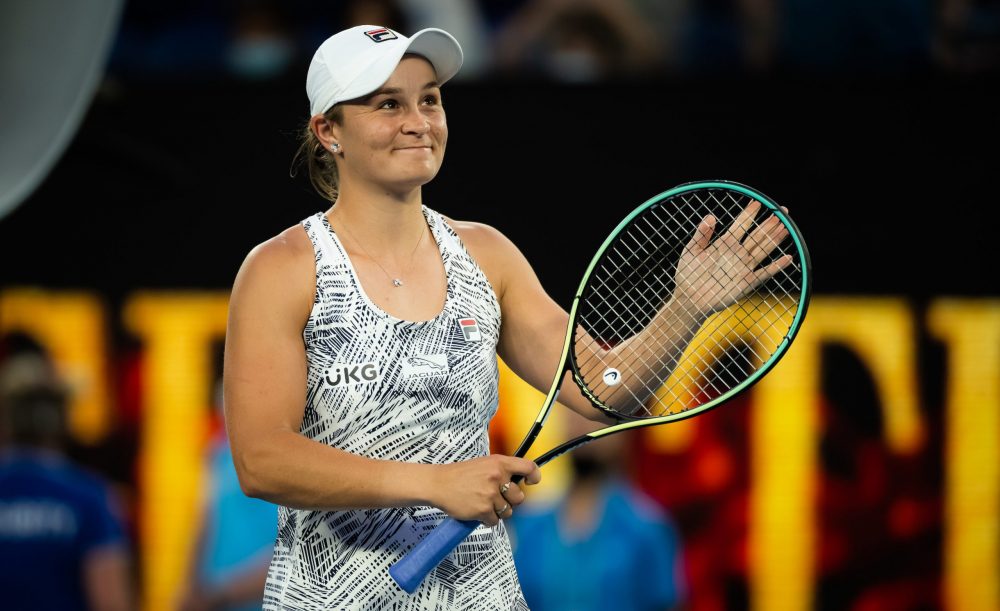 Ash Barty has broken new ground at the Australian Open by producing an emphatic win over Madison Keys to reach the final for the first time in her career.

Bidding to become the first Australian women to reach the title match in Melbourne Park since Wendy Turnbull back in 1980, the top seed powered her way to a 6-1, 6-3,win over her below-par American rival. Keys is a former top 10 player who was aiming to reach her first major final since the 2017 US Open. Barty dominated play with the help of 20 winners as she impressively won 78% of her first points. It is the third time in her career she has reached a Grand Slam final.

“It’s unreal. It is just incredible. I love this tournament and I love coming out here and playing in Australia,” Barty said afterwards. “As an Aussie we are exceptionally small but we are a Grand Slam nation and get to play in our backyard.’
“I’m just happy that I get to play my best tennis here. I have done well before and now we have a chance to play for a title – it’s unreal.”

Despite carrying the hopes of her nation on her shoulders, Barty settled into her semi-final clash instantly and displayed no sign of either nerves or tension. She launched her first attack in the opening game by using her slice to apply pressure directly onto Keys’ serve. A drop shot from the American was punished by Barty who hit a cross-court winner to break. She went on to secure a double break for a 4-1 lead by hitting a shot towards the baseline which forced an error from her opponent.

As for Barty’s own serve, she dominated throughout the opener by winning 15 out of 20 points played. It took just 26 minutes for the Australian to secure a 6-1 lead after she returned a tentative Keys serve with a forehand winner down the line.

Inevitably, as the match progressed, Barty looked more tight on the court with the prospect of ending Australia’s long wait for a home player in the final of their biggest tennis event. Nevertheless, she continued to weather the storm before going on to secure a vital break midway through the second frame. After saving a break point in the previous game, a winning Barty passing shot secured another break in her favour to move ahead 4-2. Storming towards the finish line, a serve out wide that was returned out by Keys set her up with two match points. She prevailed on the first of those with yet another forehand winner.

“The conditions were different tonight. It was humid and the ball was a little bit heavier off the strings. I just tried to run and adapt, make as many balls as I could and keep Maddie (Keys) under the pump on her serve,” Barty reflected.
“It was important to stay point-by-point and do the right things each and every time.”

There is a silver lining for Keys who exits Melbourne with a surge in confidence after what was a troublesome 2021 season marred by injury and a loss of form. Last year she only managed to win 11 matches on the Tour compared to this month where she has been able to win 10 alone. Keys has been ranked as high as seventh in the world.

“It’s nice to see her back where she belongs. She is an amazing human being. You see the way she carries herself out on the court,” the two-time Grand Slam champion said of Keys.
“The thing I love most about Maddie is that she is a great person no matter what happens on the court.”

Barty run to the final is yet another success story for Australian tennis this year. Nick Kyrgios and Thanassi Kokkinakis are through to the men’s doubles final where they will play compatriots Matthew Ebden and Max Purcerll. Australia also has representation in the mixed doubles final with Jamiee Fourlis and Jason Kubler. However, Barty says the highlight of her country’s success is that of wheelchair tennis star Dylan Alcott, who played his last match today before retiring.

“Dylan for me is in front of that. He’s inspired a nation and the whole globe,” she said.
“The way he and the Australian Open have worked together to open up the opportunities for more disabled people around the world to play tennis is exceptional and I couldn’t be more proud of him.”

Barty will take on either Danielle Collins or Iga Swiatek in the title match. She leads Collins 3-1 in their head-to-head and has won both of her previous Tour meetings against Swiatek.

The last Australian woman to win the Australian Open was Chris O’Neil in 1978.