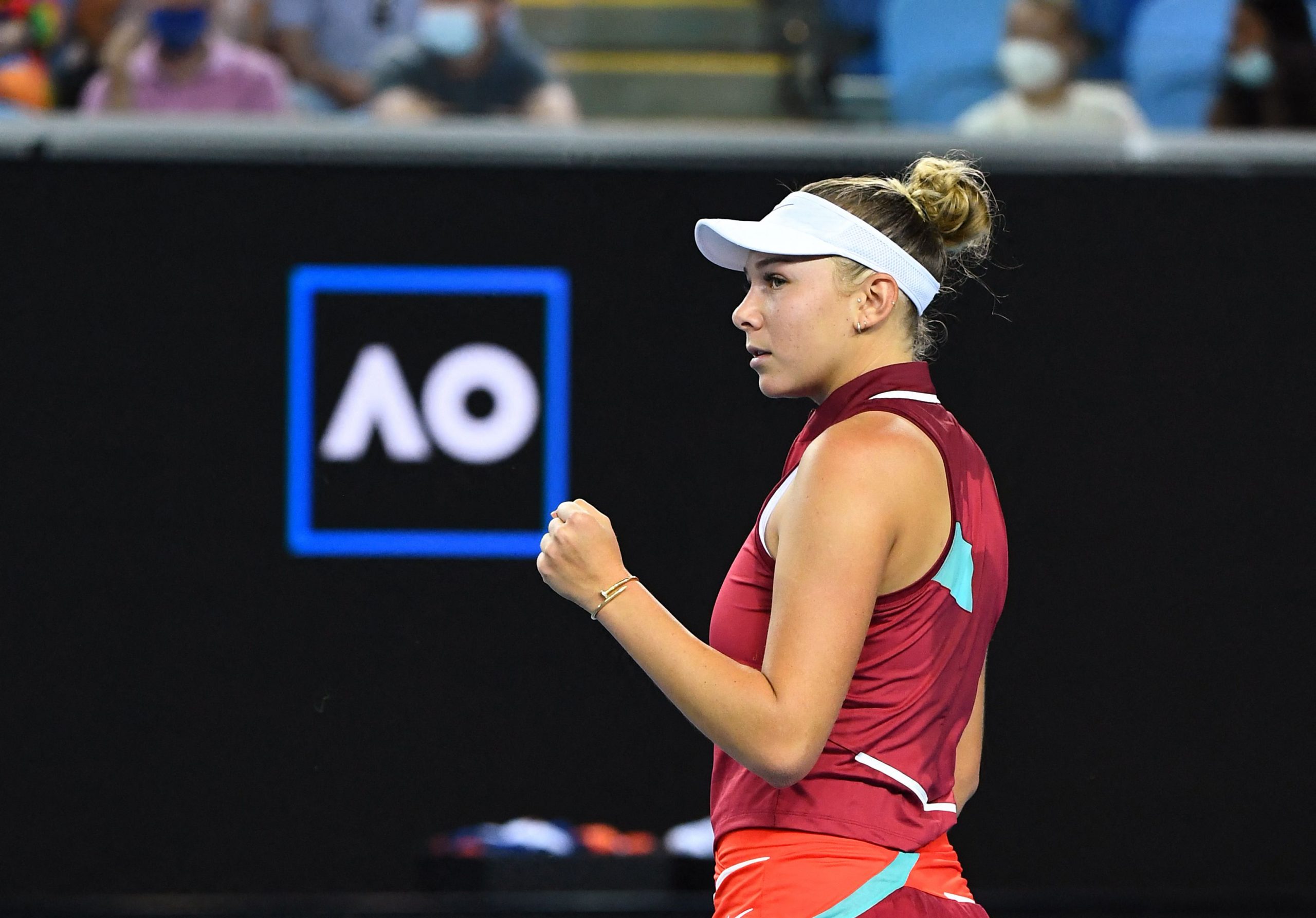 Amanda Anisimova continues her unbeaten start to the season by knocking out defending champion Naomi Osaka 4-6 6-3 7-6(10-5) in a classic match at the Australian Open.

The American hit brutal shots and powered past the Osaka defence to knock out the defending champion in a classic match.

Osaka had two match points but ultimately couldn’t be aggressive enough in the big points to outmanoeuvre Anisimova.

Next for Anisimova is world number one Ash Barty in the fourth round on Sunday.

It was a tentative start from Anisimova as the American hit a couple of double faults and failed to establish early control.

The defending champion took advantage to break in the opening game and her defensive game was causing trouble to Anisimova’s power game.

Osaka threatened with the double break but Anisimova found her stride in the crucial moments to fend off break points.

In the middle of the opening set, Anisimova started to anticipate Osaka’s serve better and created her first break point of the match.

However Osaka remained firm and with good angles and devastating power managed to hold serve to take the opening set 6-4.

In the second set both players had to produce their bold patterns of play on big points to resist opposition pressure.

Despite Osaka’s great returning ability, Anisimova managed to fend off the Osaka power and turn defence into attack.

For all of the American’s attack it was her variety that earned her the break as a drop shot slice sealed the break for 3-1.

From then on Anisimova controlled the tempo of the second set and produced big serving as the American took the second set 6-3 to level the match at one set all.

The final set saw both players bring their best tennis at the same time as both players had early opportunities to break.

Neither converted although it was Osaka who always looked the more dangerous with her angles and different heights causing Anisimova problems.

Towards the tail end of the set, Osaka had two match points to seal the victory but Anisimova’s brutal power saw her hold for 5-5.

In the end a tiebreak would settle this thrilling contest and it was Anisimova who raced to an early lead and never looked back as she clinched one of the best wins of her career.

After the match Anisimova admitted she was speechless, “I’m speechless. I can’t stop smiling. I’m just laughing. I absolutely love this,” the American said in her on-court interview.

“Going into this match I knew I had to be playing sharp if I wanted to give myself a chance. She is an absolute champion so I knew I would have to step up my game and be aggressive.

“I’m honestly so grateful that I was able to play so well today and get this win. It means a lot. Every single day here is an amazing opportunity. I’m just thinking about having fun and I’m looking forward to my next round.”

A history-making win for Anisimova who will play world number one Ash Barty for a spot in the quarter-finals.

As for Naomi Osaka she will look to recover in time for March when she plays Indian Wells and Miami.