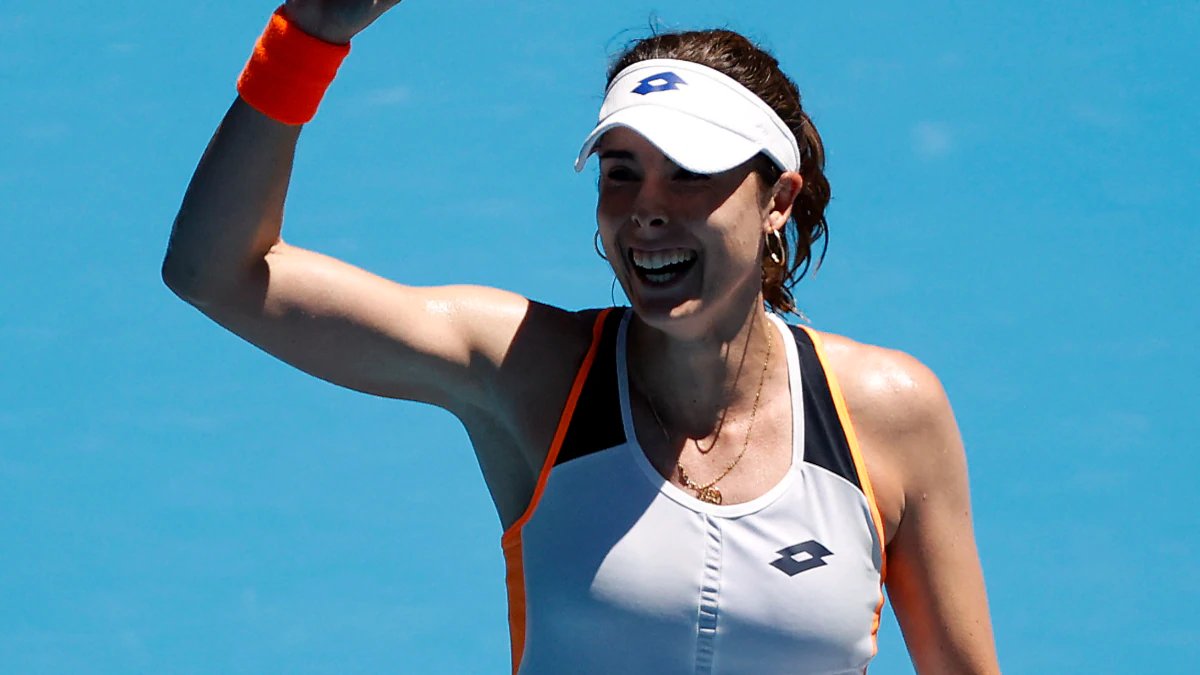 Alize Cornet reflects on an ‘amazing’ achievement at the Australian Open as she celebrated her birthday with a 4-6 6-4 6-2 victory over Tamara Zidansek to reach the last 16 in Melbourne.

After beating world number three Garbine Muguruza in the last round, the Frenchwoman keeps making strides as she reached the fourth round of the Australian Open with a three set win over the 29th seed.

In what is possibly her last season on tour, Cornet has started the season well and now looks forward to another last 16 meeting at a grand slam.

Speaking at her press conference Cornet admitted that winning now still feels the same than when she first started on the tour, “It feels the same,” Cornet said.

“I mean, maybe I have a little more distance with it because I’ve played so many years and I’ve faced so many different situations. But it feels very sweet. It still feels amazing.

“I think that’s why we all keep playing and keep pushing ourselves because we’re so addicted to these feelings, this joy right after the match point then you can share it with your box, then with your family. It’s really amazing.

“To start the year this way definitely wants to make me play some more tennis. It’s definitely a very, very special victory being back in the second week 13 years after my first second week at the Australian Open. It’s quite special. The day of my birthday, I mean, what else can I ask for?”

Cornet will be hoping to keep the good results coming as she looks to continue a dream run in what could be her last Australian Open of her career.

Speaking of the past, Cornet was also asked to compare the Alize Cornet of 2009 to now and the world number 61 said there aren’t too many differences, “In a way she’s the same. I’m exactly the same,” Cornet told journalists.

“I love the game as much as I used to. I’m passionate the same way. I’m still fighting like with all my heart. I just have more experience. Maybe I know how to handle a little bit better my emotions sometimes. Not all the time, would be too easy.

“Sometimes I think all these years spent on the tour teach me that there is a moment where you can scream or get angry with yourself, and sometimes there’s not. Now I can identify these moments a little bit better. I guess that would make the main difference between myself now and the young myself.”

Cornet’s game and mindset has matured in some ways as her more experienced game looks to prevail in a stress-free season.

Next for Cornet will be two-time grand slam champion Simona Halep for a place in the Australian Open quarter-finals.

Halep is a player Cornet has a lot of admiration for, “Simona, I’ve seen her play in Melbourne when she won the tournament. You can see. I followed
her for many years,” Cornet said.

“She’s a player that I really admire, that I also identify myself a little bit to. She has this will and she’s such a fighter, the way she plays with variation
and stuff. What I saw last year in her game has definitely changed I think these past months.

“I think now she’s back on track for real. I can see she is ambitious in her eyes. I would not be surprised if she goes very far in the tournament.”

Should Cornet defeat Halep on Monday then the Frenchwoman would be into the first grand slam quarter-final of her career.