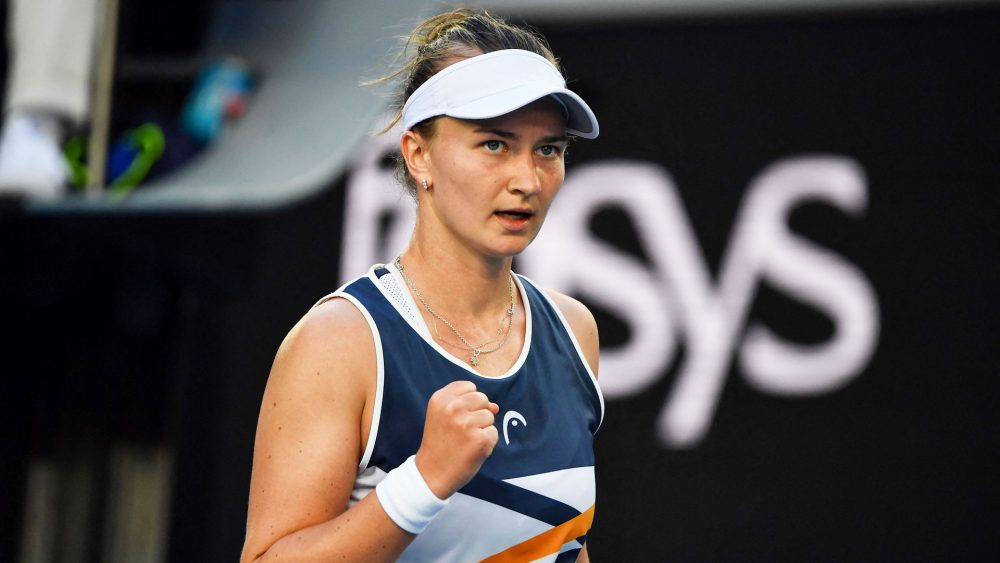 The past 12 months have seen Barbora Krejcikova explode in the world of tennis from being a doubles specialist to becoming one of the top ranked singles players on the women’s Tour.

This time last year at the Australian Open the Czech fell in the second round to 29th seed Ekaterina Alexandrova in straight sets. At the time she had only played in one WTA final in her career and was yet to break into the world’s top 50. Since then, Krejcikova has taken the Tour by storm following a shock run to the French Open title. During the same season she would win another two titles, as well as qualify for the WTA Finals in both singles and doubles.

Now seeded fourth at this year’s Australian Open, the 26-year-old is through to the quarter-finals after dropping one set in four matches played. Her latest victory was over two-time champion Victoria Azarenka who she defeated 6-2, 6-2, with relative ease. Azarenka was struggling with a neck issue throughout the match.

“It’s just something special and magical. A couple months ago I wasn’t even in the top 100. Now I’m here and I’m playing on the biggest stadiums with the champions. I’m actually able to beat them,” said Krejcikova.
“I wouldn’t really say it’s disbelief anymore. I think it’s just a really amazing and special feeling that I go there and I want to win and I’m actually able to win against her.”

Now with the belief in her game, Krejcikova says she is not intimidated by the prospect of playing in arenas such as Rod Laver which has a capacity of almost 15,000 people. In fact, those situations are a big source of motivation for her.

Krejcikova has already achieved multiple success at Melbourne Park but in the doubles. She has won the mixed doubles title three years in a row (2019-2021) which is something that no other player have achieved in the Open Era. In 2021 she was also runner-up in the women’s doubles tournament with compatriot Kateřina Siniaková.

Now aiming to become the first Czech-born player to win the women’s singles title since Hana Mandlíková in 1987, Krejcikova switches her attention to her next match against Madison Keys. A former top 10 player and US Open finalist who has rediscovered some form lately. Keys, who is unseeded in the tournaments, thrashed Paula Badosa 6-3, 6-1, in her fourth round match.

“I think she’s really powerful, she’s always been very powerful,” the world No.4 said of her next opponent. ‘She does her things well and she likes to be aggressive.’
“We (my team) have to find a way to eliminate those things, and how to give her my game.”

Krejcikova is playing in the main draw of the Australian Open as a singles player for only the third time in her career.