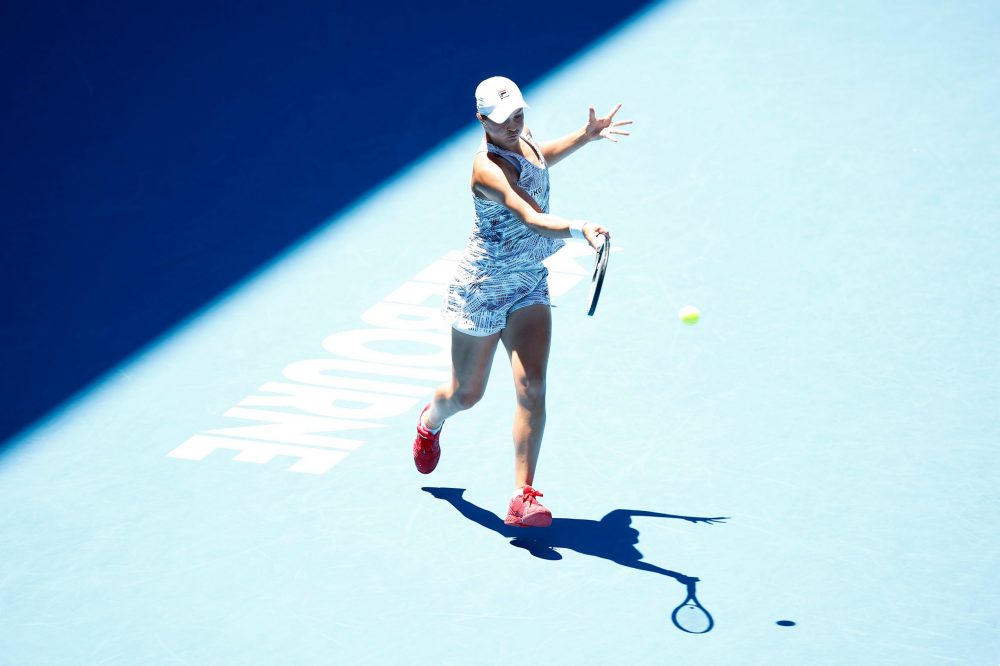 Ash Barty is two wins away from becoming the first the first home player to claim the Women’s Australian Open title in 40 years after producing a dominant display during her quarter-final clash on Tuesday.

The world No.1 experienced little difficulty throughout her 63-minute 6-2, 6-0, triumph over an error-stricken Jessica Pegula who was far from her best. Barty won 81% of her first service points and broke her rival five times en route to her latest victory. She is the only player remaining in this year’s women’s draw who is yet to drop a set in the entire tournament.

“It was solid tonight. I had a lot of fun out here,” Barty said afterwards. “I was able to serve and left quite a lot of forehands in the center of the court. I was happy to take the game on, be aggressive on my forehand and not worry if I missed a couple. As long as I was doing the right thing and I felt that I was able to do that throughout the match.”

21st seed Pegula posed a stern test for Barty coming into the match and had recorded a series of notable wins following their meeting in the first round of the 2019 French Open. Since the start of 2021 the American has recorded eight wins over a top 10 player and also reached the last eight at Melbourne Park 12 months ago. In the previous round she beat fifth seed Maria Sakkari.

However, it was the world No.1 who got off to the dominant start in their latest encounter by fighting back from a 40-0 deficit to break Pegula in the opening game. Capitalizing on what was some lopsided play coming from across the court, Barty extended her lead later in the set by securing a double break. Using her slice to force Pegula out wide, a backhand shot from her crashed into the net which gifted the top seed her second break for a 5-2 lead. After just 35 minutes of play the home favorite secured the opener with a perfectly placed ace down the center of the court.

It was a case of deja vu in the second frame with Barty once again breaking instantly against her growingly frustrated opponent. Comfortably in the lead, the top seed began hitting more loosely as she continued to dominate the match with her tactics of the slice and hitting deep towards the baseline. From then on, the match was a foregone conclusion as the two-time Grand Slam champion raced towards the finish line.

“Jess is an incredible person. I love to test myself against her and she came out here and made me play my best tennis so far this week,” Barty said of Pegula. “A credit to her, she had an exceptional couple of years and she is definitely a top 20 player. She deserves to be in these later ends of the slams and she still has a few more to come, that’s for sure.”

Barty will next take on Madison Keys who has already beaten three seeded players in Melbourne Park this year. Keys’ latest triumph was over reigning French Open champion Barbora Krejčíková who she beat 6-3, 6-2. The 26-year-old is through to the last four of a major tournament for the first time since 2018.

“It is so nice to have Maddie (Keys) back playing her best tennis. She is a top player and she deserves to be at the top of our game,” Barty commented. “I know she had a rough time last year with injury and illness.’
“I’ve had plenty of battles with Maddie before. We’ve had the Fed Cup, played in all different circumstances and this (their upcoming match) is just going to add to it. I can’t wait, I know it is going to be a good one.”

It is the second time in Barty’s Career she has reached the Australian Open semi-finals after 2020.