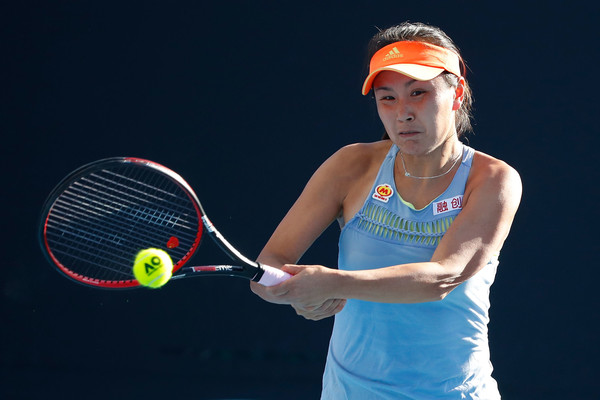 The governing body of women’s tennis says the appearance of Peng Shuai in a video interview on Sunday still doesn’t address their concerns about her wellbeing.

Shuai, who won two Grand Slam doubles titles, appeared in public at a FIS Cross-Country Skiing China City Tour in Shanghai which was attended by other leading Chinese athletes. Photos and videos of the tennis player attending the event were leaked by journalists working for state-media in the country. Continuing the trend of leaked footage of Peng who briefly disappeared from public eye last month after a post on her Weibo account accused a former Chinese vice-premier of sexual assault.

On November 2nd the 35-year-old accused Zhang Gaoli of coercing her into sex and claimed that the two had an intermitted affair over a 10-year period. However, less than an hour later the social media post was removed and restrictions were placed on Shuai’s Weibo account. In China news about the story has been blocked and Gaoli has never responded to the allegations amid fears that authorities are censoring Shuai.

Now in a new development, the former world No.1 has said “a lot of misunderstandings” have been made about her post during her first interview. Lianhe Zaobao, a Singaporean Chinese-language newspaper, managed to briefly interview Shuai during her Shanghai Tour.

“I have never said or written that anyone sexually assaulted me. This point must be emphasised very clearly.” She told the newspaper who uploaded a video of their interview.

Elaborating further she dismissed that she was currently being monitored by authorities, saying “Why would anyone monitor [me?] [I have] always been very free.”

The WTA has previously raised concerns about Shuai after failing to get in contact with her despite trying. They have received two emails purporting to be from her in the past but CEO Steve Simon questions the legitimacy of them which was published on social media by GCTN, which is under the control of the Publicity Department of the Chinese Communist Party. However, Shuai told Lianhe Zaobao she wrote the emails in Chinese on her own free will and it was translated for her because she didn’t have the ‘language ability’ to do so.

Despite the interview, some still have their concerns which include the WTA who have suspended all of their tennis events in China due to the matter. In a statement sent to Reuters, they reiterated their calls for a transparent investigation.

“We remain steadfast in our call for a full, fair and transparent investigation, without censorship, into her allegation of sexual assault, which is the issue that gave rise to our initial concern,” the WTA said in a statement.

Yaqiu Wang is a senior China researcher for the Human Rights Watch. Responding to the interview, she cast doubt on its authenticity by implying that it had been orchestrated by officials.

“So, after 48 days, Peng Shuai unexpectedly encountered a journalist from a pro-Beijing newspaper and then casually answered her questions about an event that gandered intense international attention. Wow, so natural, very real, everyone now believes it. Congratulations, the CCP (Chinese Communist Party)!” Wang wrote on Twitter.

According to BBC China Analyst Kerry Allen when you search for Shuai’s name on Weibo the most recent post dates back to September 10th. Almost a month before the allegations surfaced.