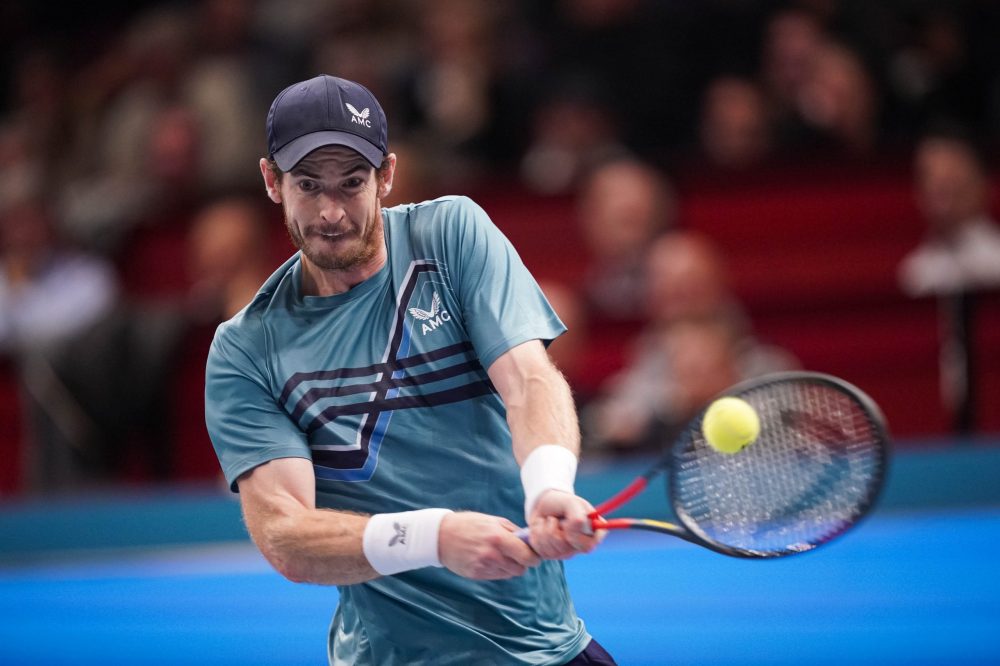 Andy Murray completes a star-studded eight-player line-up at the Mubadala World Tennis Championships, which returns this year this year from 16 to 18 December at the International Tennis Centre at Zayed Sports City.

The three-time Grand Slam champion and two-time Olympic gold medallist won the Mubadala World Tennis Championships twice in the inaugural edition in 2009 and 2015.

Ruud, who won five ATP Tour titles in a very successful 2021 season, will face 2021 Wimbledon semifinalist Denis Shapovalov in the opening match on 16 December. Thiem will make his come-back from injury in the second match against Murray.

The opening day will be closed by a women’s match between 2021 US Open champion Emma Raducanu and Olympic singles gold medallist Belinda Bencic. Raducanu beat Bencic in the quarter final at this year’s Open en route to winning her first Grand Slam title at the age of 18.

Raducanu made history at the US Open, becoming the first British woman to win a Grand Slam singles title since Virgina Wade at Wimbledon 1977, and the first qualifier to win a Major singles title at the age of 18. The British teenager did not drop a set in all ten matches she player in New York just three months after her WTA Tour level main draw debut in Nottingham.

Raducanu, who was ranked world number 150 when she won the US Open, is the lowest-ranked player to win the US Open title since an unranked Kim Cljisters won the first Major title of her come-back at the 2009 US Open. After the Flashing Meadows triumph Raducanu rose to world number 23 in the WTA Ranking.

“I have many happy memories of Abu Dhabi and I am looking forward to returning. With Raducanu also playing on day one, we will be flying the flag for British tennis and looking to put on a strong display”, said Andy Murray.

Rafael Nadal and Andrey Rublev will face the winners of the Day 1 men’s matches in the semifinal on Day 2. Rublev, who won the Rotterdam title this year, will face the winner of the match between Ruud and Shapovalov. Nadal will take on either Murray or Thiem.

Nadal is training after recovering from the injury, which sidelined him during the second half of the 2021 season. Nadal has not played since last August, when he lost to Lloyd Harris in the second round of the ATP 500 in Washington. The Spanish star will start the 2022 season at the ATP 250 in Melbourne on 3 January. He will play in an ATP 250 tournament for the first time since 2017 in Brisbane, where he beat Alexander Dolgopolov and Misha Zverev before losing to Milos Raonic in the quarter finals. Nadal has not won an ATP 250 title since Stuttgart 2015.

Nadal has recently added his close friend Marc Lopez as the third coach in his training group which includes Carlos Moya and Francisco Roig. Nadal and Marc Lopez won the Olympic gold medal in the doubles tournament. Lopez is a close friend of Nadal and has practised with the 20-time Grand Slam champion in the past. Marc Lopez has been part of Feliciano Lopez’s team in the past and served as Feliciano’s coach after his split with Pepo Clavet.

“Abu Dhabi is a special place for me, a place where I have been many times and where I started my season many times. Ever since I first came to Abu Dhabi, I have had a great response from the fans and I am sure the atmosphere is going to be special as always. I want to return to the court soon, but I want to do it when I am ready. My preparation is going on better than before. Otherwise I would not have chosen to play in Abu Dhabi. Abu Dhabi will be an important test. I have no expectations”, said Nadal.

Rublev made his Abu Dhabi debut in 2017. Last year he won six ATP tournaments in the past two seasons in Doha, Adelaide, Hamburg, St. Petersburg and Vienna (2020) and Rotterdam (2021).

“It’s always exciting to be heading back to Abu Dhabi and playing in front of the fans there. They really know tennis and make a real difference. With the event at full capacity it’s going to be a great way to begin a busy 2022 season”, said Rublev.