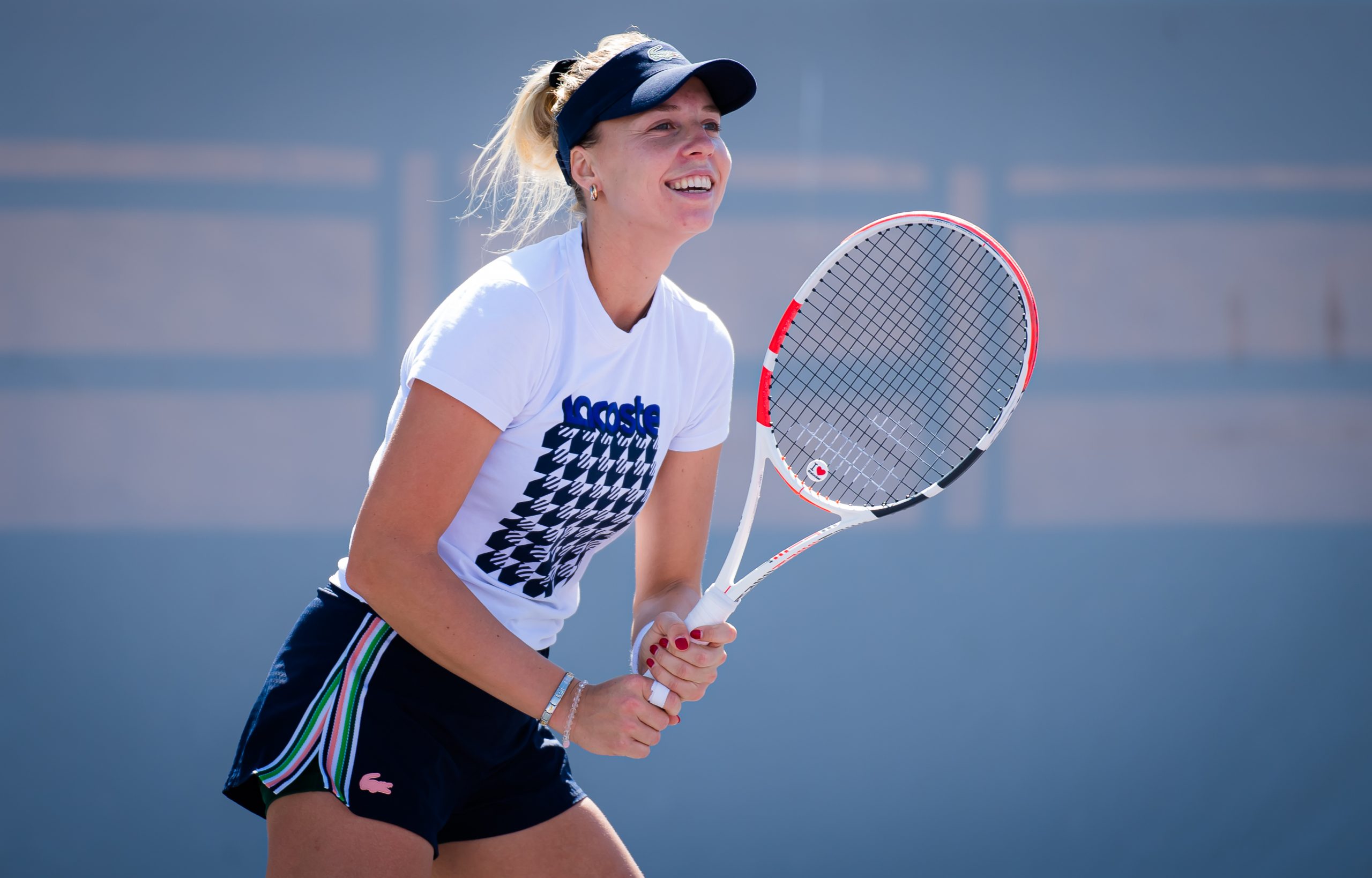 Anett Kontaveit is one of many players making their WTA Finals debut (twitter.com/WTAFINALS)

The 2021 WTA Finals will have a new look in many ways.  This is the first year the tournament will be held in Guadalajara, Mexico, as pandemic restrictions caused this event to be moved from Shenzhen, China.  The WTA Finals have not taken place in North America since 2005, when they occurred in Los Angeles, California.

Additionally, six of the eight players in the singles field are making their ATP Finals debut in this discipline.  And uniquely, the field includes only one of this season’s Major singles champions.  Australian Open champion Naomi Osaka and US Open champion Emma Raducanu did not qualify, while Wimbledon champion Ash Barty withdrew due to travel restrictions.

The only 2021 Slam singles champ in Guadalajara is Roland Garros champion Barbora Krejcikova, who starts play on Wednesday at 2:00pm local time against Anett Kontaveit, the eighth and final player to qualify for this event.  And the only two non-debutantes in the field, Karolina Pliskova and Garbine Muguruza, will play in Wednesday’s evening session.

Each day, this preview will analyze the most intriguing matchup, while highlighting the other matches on the schedule.

Krejickova has previously qualified for this event in doubles, reaching the final with partner Katerina Siniakova in 2018.  She started this year ranked outside the top 60 in singles, but a stellar season finds her at a career-high singles ranking of No.3 in the world.  Barbora went 44-15 in 2021, winning the first three singles titles of her career, the biggest of course being the French Open.  At one stretch mid-season, Krejcikova went an outstanding 29-4.  She has also qualified in doubles alongside Siniakova.  Barbora was a double champion in Paris, as her and Siniakova won the women’s doubles event in Paris.

Less than three months ago, Kontaveit was ranked 30th in the world.  Shortly after hiring Dimtry Tursonov as her coach, she went on an absolute tear.  In the span of only 10 weeks, Anett was 26-2, winning an astounding four titles.  Her title win just 10 days ago in Transylvania is what secured her spot in this event, slightly edging out Ons Jabeur for the final qualifying position.

So will Kontaveit carry that confidence into this event, or will she be exhausted after 28 matches in 70 days?  She told the WTA on Thursday she still feels “in the zone of trying to keep doing as well as I can, focusing on the task at hand.”  By contrast, Krejcikova does not come into this event with any momentum, as she’s currently on a three-match losing streak.  And she spoke at the US Open of feeling physically drained from playing so much tennis this season.  In their first career-meeting, Kontaveit is the far more in-form player, and should be favored.

Karolina Pliskova (3) vs. Garbine Muguruza (6) – Pliskova has dominated this rivalry 8-2 overall, and 8-1 on hard courts.  However, they haven’t played in nearly three years, and Muguruza is now coached by Pliskova’s former coach, Conchita Martinez.  Karolina has advanced to the semifinals the last three years this event was staged, though has never gone farther.  This is Muguruza’s first WTA Finals appearance since 2017.

Shuko Aoyama and Ena Shibahara (2) vs. Darija Jurak and Andreja Klepac (7) – The Japanese team won five titles this season, most notably the Miami Open.  Jurak and Klepac are making their WTA Finals debuts at the ages of 37 and 35, respectively, and claimed two titles in 2021.

Nicole Meilchar-Martinez and Demi Schuurs (4) vs. Sam Stosur and Shuai Zhang – In their full year as a team, Melichar-Martinez and Schuurs also won two titles.  Stosur and Zhang prevailed back-to-back in Cincinnati and New York, with the US Open being their second Major title as a team.