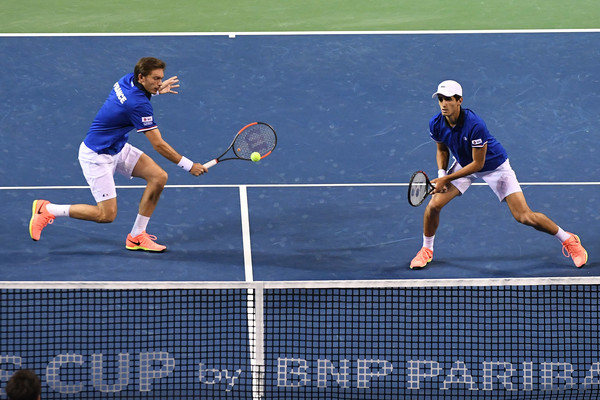 Cabal and Farah saved three set points at 4-5 and 5-6, but Herbert and Mahut dropped just point and earned three mini-breaks to win the tie-break 7-1. The French team won 86% of his first serve points. Herbert and Mahut won the 2019 ATP Finals title, but they did not defend their title last year.

Herbert and Mahut earned an early break in the first game of the second set and went on to win 15 consecutive points on serve to take a 4-3 lead. Cabal and Farah broke back in the eighth game to draw level to 4-4 after two double faults from Herbert.

The Frenchmen will face Rajeev Ram and Joe Salisbury, who beat Jamie Murray and Bruno Soares 6-1 7-6 (7-5). Herbert and Mahut became the first French team since 2005 to win the ATP Finals when they triumphed in 2019 without dropping a set.