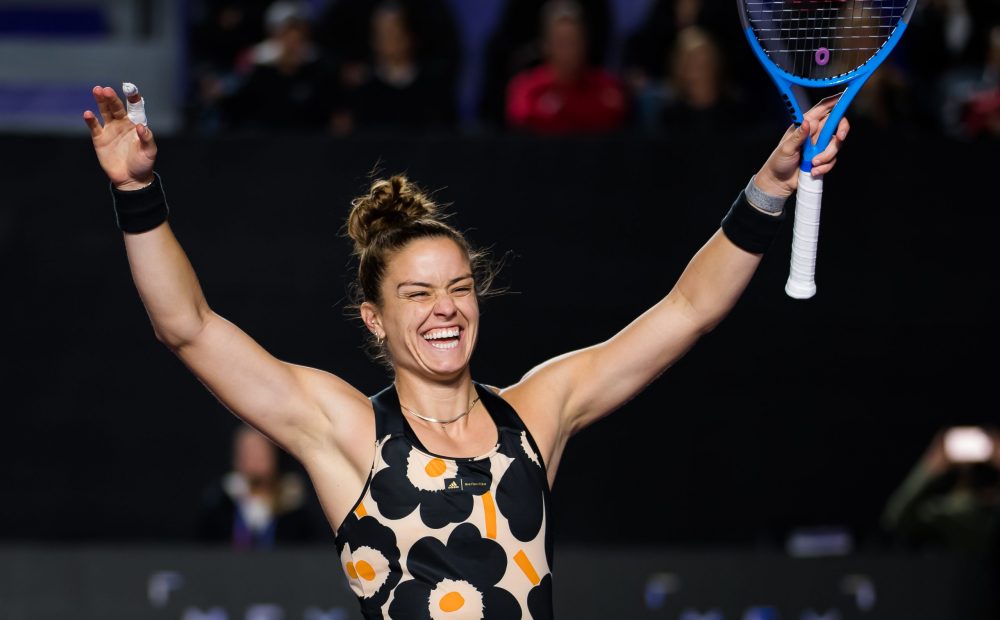 Maria Sakkari has booked her place in the last four of the WTA Finals on her debut after outlasting top seed Aryna Sabalenka in a roller-coaster showdown.

Sakkari, who first broke into the world’s top 10 earlier this year, required almost three hours to defeat the Belarussian 7-6(1), 6-7(6), 6-3 in what was a marathon encounter. The match was full of twists and turns with there being 14 breaks of serve occurring with eight of those being a Sabalenka service game. After losing a closely contested second set tiebreaker, the Greek found herself down 1-3 in the decider before fighting back by winning five games in a row.

“I think it was a rollercoaster match from both of us,” Sakkari said. “I was up a break, then she was up a break. It was just a matter of who took the chances. I think at the end I just played with my heart and fought well, just turned things around.”

The world No.6 had lost her last four meetings against Sabalenka prior to their clash in Mexico. It is the first time she has beaten her since the 2019 Cincinnati Open which was their maiden Tour meeting. She is now 5-0 against top five opponents this season.

“Obviously last time we played was in Abu Dhabi this year,” Sakkari reflected. “I think my level is different today than back then. Obviously she has been having a very good season.
“I think I’m just closer to them now. My ranking shows that, my results shows that. It’s just that I’m really getting closer to them. I proved to myself and everyone that I can beat them like I did today.”

The 26-year-old heads into the semi-finals with two wins and a loss to her name from the group stages. She also defeated Iga Swiatek in straight sets before losing to Paula Badosa. Badosa is the other member of the Chichén Itzá group to have qualified for the knockout stages.

As for Sabalenka, she exits her final tournament of the year in frustration. In her latest match, she produced a costly 19 double faults and 56 unforced errors.

Sakkari will take on Estonia’s Anett Kontaveit for a place in the final on Tuesday. Kontaveit was the last player to secure a spot in the tournament after a surge in wins within recent weeks. The Estonian has won 12 out of her last 13 matches played and is bidding to win her third title in a row.

“I’m going to fight for it, do whatever I can to advance to the final. I just really want to enjoy tomorrow’s match because the atmosphere here is just unreal.” Sakkari stated.
“I’m not going to have so much time to rest. My fitness level is, I believe, one of the best on tour, without being arrogant, but I believe fitness is one of my strengths. I’ll do everything to recover. If Anett is better tomorrow, it’s too good. But I’ll try to recover and just take advantage of the good things I felt today on the court.”

Sakkari, who is seeded fourth in the draw, is the highest ranked player to progress to the knockout stages.