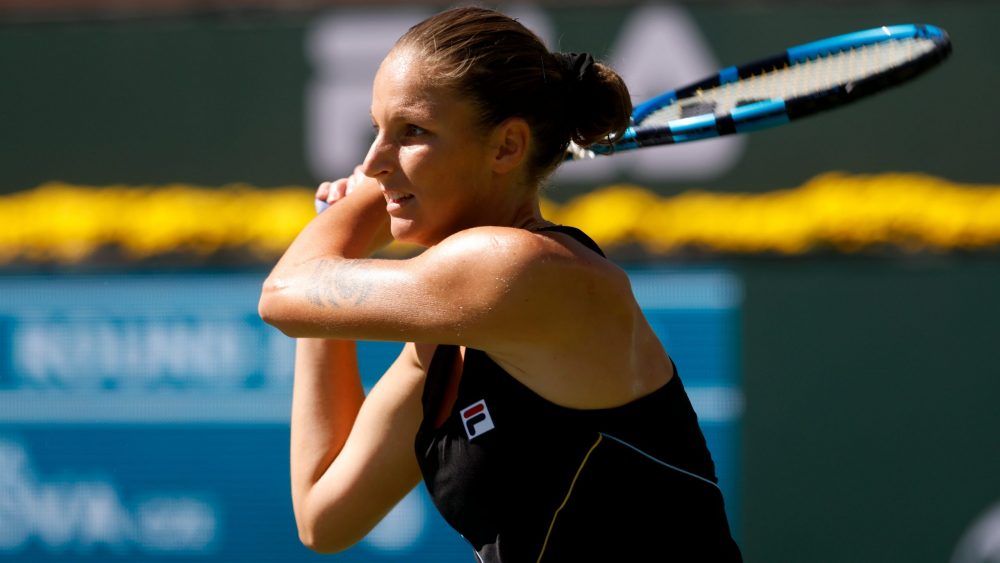 Former world No.1 Karolina Pliskova endured a tough start to her campaign at the WTA Finals after battling back from a set down to defeat Garbine Muguruza.

The Czech third seed edged out Muguruza 4-6, 6-2, 7-6(6), after more than two-and-a-half hours of play at high altitude. In what was a rollercoaster encounter, Pliskova struggled early on with the conditions in Mexico before finding her game. During the third set she had two match points whilst leading 5-4 but failed to convert and ended up getting broken. However, she held her nerve to prevail in the decisive tiebreaker.

“The first set was not the best from me. The serve was amazing in the second set, many free points on the first serve,” Pliskova said. “Then it was a fighting third set. I thought I just had too many chances, didn’t make it really, but happy it went my way in the end.”

It is the ninth time in 11 meetings that Pliskova has beaten Muguruza on the WTA Tour in her career. In her latest match, she fired eight aces and won 72% of her first service points. The 29-year-old is yet to win a title this season compared to her opponent who has won two in Chicago and Dubai.

“That was a very tough match for both of us. It was a one-point difference — I saved many match points and is a tough loss I fought as hard as I could,” Muguruza said. “I´m happy with my fighting spirit even though I lost.”

Pliskova is playing in the WTA Finals for the fifth time in her career. Among active players, only Svetlana Kuznetsova, Petra Kvitova and Serena Williams have played in the season-ending event more times than her. She has reached the semi-final stage on three previous occasions but is yet to make it to the title match.

The WTA Finals feature eight players split into two groups. The top two in each group will progress to the knockout stages later in the week. Pliskova knows she still has a lot of work to do but believes getting an opening win in the round robin event is key.

“Honestly I think it’s huge because, of course, you can relax a bit more. It’s not like you can lose the next match. Of course, nobody wants to lose any match. But it’s like, okay, you have at least that one win, there’s not such a pressure that you need to win every other match,” she explained.
“If I just lose this match tonight, I think I’m gone because it was big, having couple match points, breakpoints there, I was so close to making it even before the tiebreak. Then, of course, I was quite close to also losing it.”

Pliskova will play Anett Kontaveit and Barbora Krejcikova later in the tournament.