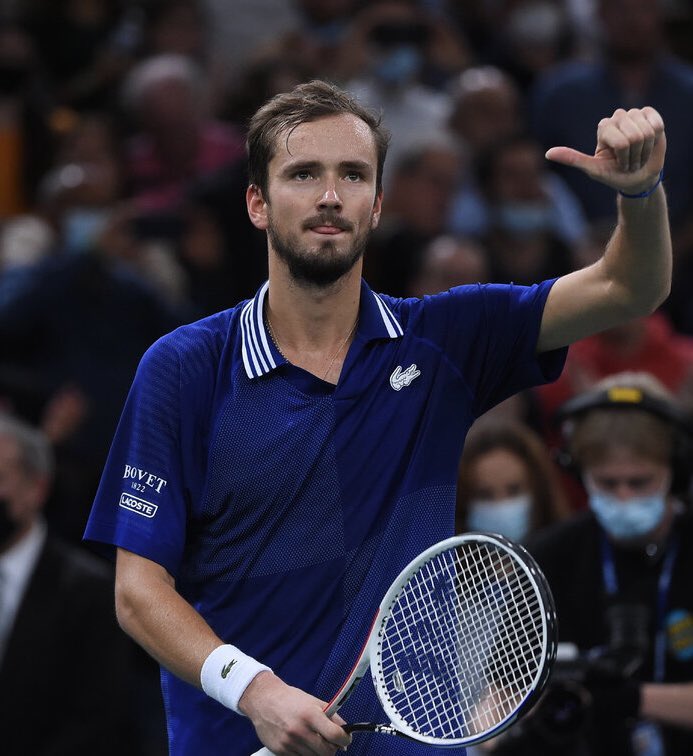 Daniil Medvedev has confirmed his participation for the Australian Open as he looks for confidence at the Nitto ATP Finals next week.

The world number two was one of those who were doubtful to play in Australia due to the rules of being vaccinated to play.

Currently the Australian Open have said that those who aren’t vaccinated will not be able to make the trip to Australia although that stance still needs clarifying to the players.

However Medvedev announced in his pre-tournament press conference at Turin that he will be playing in January, “I will be at the Australian Open. As I said I decided for my career not to talk about my medical issues,” Medvedev explained.

“Is not only about vaccine, is about anything is actually about my body. But the thing about Australia is clear, anyone goes there is vaccinated.”

There are still questions remaining as to whether the likes of Novak Djokovic will be there but that will be clearer in the coming weeks.

As for Medvedev he is looking to retain his Nitto ATP Finals title from last season that he won in London but admits he is looking for confidence in Turin, “Tennis is so much about ups and downs, gaining of confidence,” Medvedev said.

“Coming into Paris last year I felt completely out of shape, low on confidence and not sure what I could achieve in the last two tournaments of the year. I found my tennis and confidence to win both of them, and of course I beat Novak [Djokovic], Rafa [Nadal] and Dominic [Thiem] at the [Nitto ATP] Finals. Three really tough match ups.

“It was amazing, and that gave me confidence in Australia. After you re-watch [matches] on YouTube, your confidence is back. You think, ‘I’m still able to do it.’

“We had the pandemic when we didn’t play for a long time [in 2020 and] I had some problems with my body. So coming back was not easy, but these two tournaments last year brought back my confidence. It was enough for all this year, knowing that I could beat the best players in the world.”

Medvedev enters the last tournament of the season having won his first grand slam at the US Open in August and reaching the final in Paris, losing to world number one Novak Djokovic.

The Russian has been practicing with Djokovic a lot recently and Medvedev admits he still learns from the 20-time grand slam champion, “The level of our matches will always be high, but you will try to adapt your style,” Medvedev admitted.

“I tried to re-watch the final for the US Open final, and Novak watched the match to change things [in Paris]. We both did the right things [in Paris], but he played better on the day. You know nothing will ever come easily and you need to fight throughout the match.”