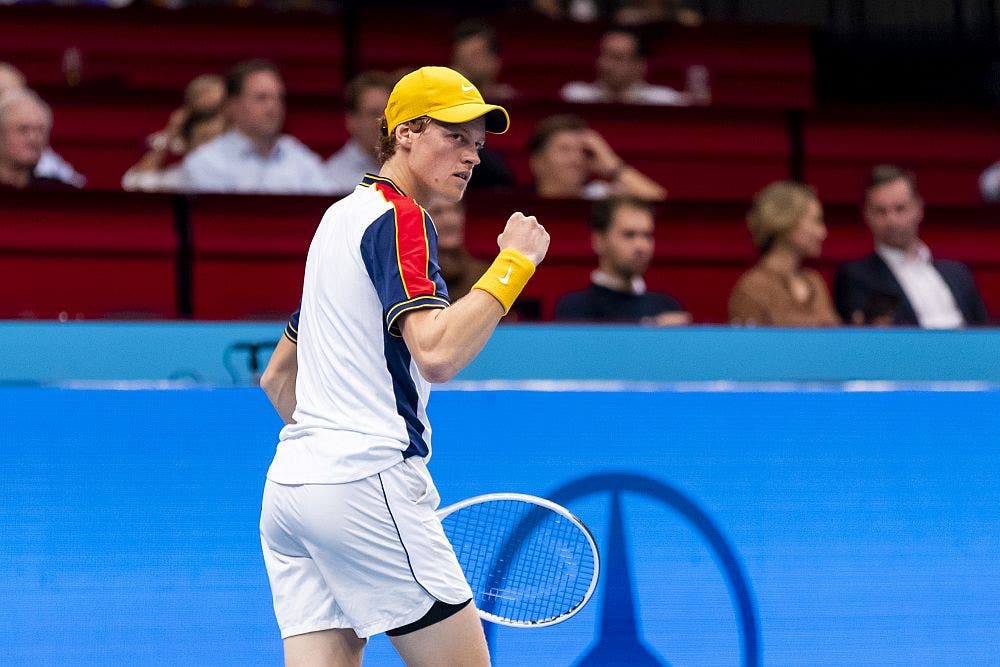 World number 11 Jannik Sinner cruised past Austrian wild card Dennis Novak 6-4 6-2 in 1 hour and 16 minutes to reach his 10th quarter final  of the 2021 season at the Erste Bank Open in Vienna.

Sinner saved two break points at 15-40 down to hold serve in the fourth game of the first set. The Italian Next Gen player earned three break points in the seventh game and converted his second chance to take a 4-3 lead. He won his final two service games to close out the first set 6-4.

Sinner went up a double break at the start of the second set and saved a break-back point to open up a 3-0 lead. The five-time ATP titlist saved three break points from 0-40 down in the fourth game to take a 4-0 lead. Novak stopped a losing streak of five consecutive games for 1-4, but Sinner rallied from 0-30 down in the eighth game to serve out the second set 6-2 on his first match point. Sinner fended off all six break points he faced.

Sinner has won ten consecutive indoor matches, including titles in Sofia and Antwerp. He has not dropped a set in any of them.

Sinner set up a quarter final match against Casper Ruud, which could be decisive for one of the final qualifying spots for the Nitto ATP Finals. Sinner beat Ruud 7-6 6-3 in their only previous head-to-head match in Vienna last year.

“From last year, everything has changed from both sides because of our ranking, because of the experience. I just hope that it’s going to be a great match to be honest”, said Sinner.

If Sinner beats Ruud in his quarter final against Casper Ruud, he will overtake Hubert Hukacz to hold the final qualifying spot fo the Nitto ATP Race in Turin and come close to within 90 points of Ruud for seventh place. If Ruud win the match against Sinner, he will strengthen his position in the Race to Turin.

“It’s going to be tricky. He is in a better position than I am for the Race. I think right now it’s tough to say and tough to do because in the end you always not to think about that, but in the end you think about that because you believe. You want to go there. If it’s not this year, hopefully it’s next year, and if it’s not next year, maybe I don’t reach it, but I try my best in every match I play.

Sonego earned the first break in the seventh game with a backhand passing shot to take a 4-3 lead. Ruud pulled back on serve in the eighth game to draw level to 4-4. Sonego saved two set points on serve in the to hold serve after four deuces in a 14-point 10th game for 5-5. Ruud earned a break to 15 in the 12th game to seal the first set 7-5.

Sonego saved a break point at 3-4 in the seventh game and won the final three games with a break to close out the second set 6-4.

Sonego saved two break points from 15-40 down in the eighth game at 3-4. Ruud missed a match point at 15-40, but he converted his second chance to close out the third set 6-4, as Sonego hit his backhand into the net.