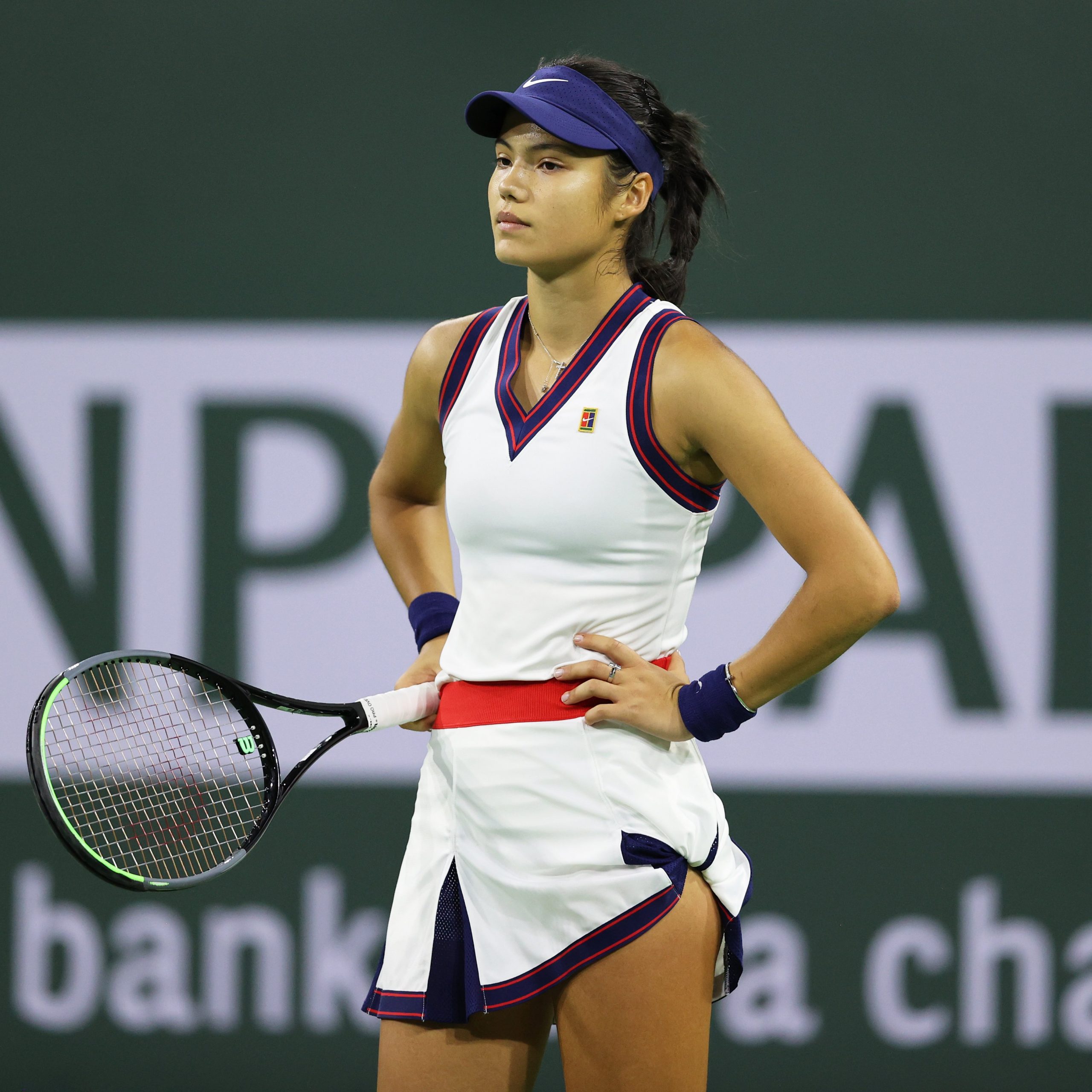 US Open champion Emma Raducanu is looking to close the gap in experience on the tour after an early exit in Indian Wells to Aliaksandra Sasnovich.

The Brit’s 10 match winning streak came to an abrupt end last night after a 6-2 6-4 defeat to the Belarusian in the second round of the BNP Paribas Open.

This was Raducanu’s first WTA1000 event and that showed as she was easily broken twice in the opening set and lost the last four games of the second set as she was comfortably beaten in 1 hour and 26 minutes.

However after the match Raducanu admitted she needs to gain more experience at this level despite winning the US Open last month, “I’m still very, very new to the tour,” the 18 year-old told reporters after the match.

“I think that experience just comes from playing week in, week out and experiencing all these different things. I’m kind of glad that what happened today happened so I can learn and take it as a lesson so going forward I’ll just have more experienced banked.

“I didn’t go in there putting any pressure on myself because in my mind I’m so inexperienced that all these, I’m just taking it all in. You’re going to have highs and you’re always going to have some lows where you’re disappointed with how you performed.”

This is only the third tournament for Raducanu this season after Wimbledon and the US Open, so it is understandable that the Brit still needs time to adjust to regular tour life.

Also Raducanu will most likely not have a stable coaching team until the new year so that also is in Raducanu’s mind ahead of the rest of the season.

Next for the 18 year-old will be tournaments in Cluj-Napoca and Moscow before deciding on what to do for the rest of the season.

Raducanu still has an outside chance of reaching the WTA Finals in Guadalajara and despite the recent success she admits she needs to stop criticising herself, “I mean, I’m 18 years old. I need to cut myself some slack,” Raducanu explained to WTA Insider.

“I’m still so new to everything. The experiences that I’m going through right now, even though I might not feel 100% amazing right now, I know they’re for the greater good. For the bigger picture, I’ll be thanking this moment. That’s the lesson I think, that you can easily get sucked into being so focused on the result and getting disappointed.”

The tournament in Cluj-Napoca begins on the 18th of October while for Aliaksandra Sasnovich she will face Simona Halep in the third round on Sunday.