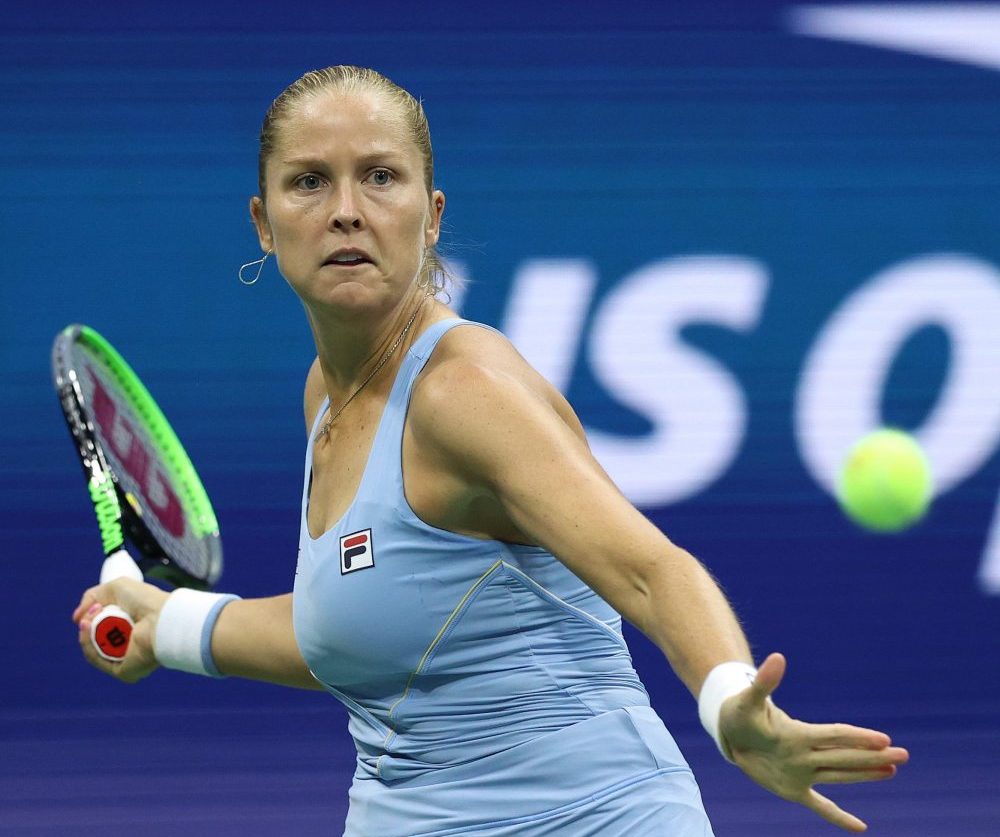 America’s Shelby Rogers has paid tribute to Ash Barty after stunning the world No.1 in the third round of the US Open on Saturday.

Rogers, who reached the quarter-finals in Flushing Meadows last year, battled her way to a 6-1, 2-6, 7-6(5) win over the Australian in what is her first-ever victory over a world No.1 player. The roller-coaster match saw the 28-year-old battled back from a 2-5 deficit in the decider by breaking Barty twice when she was serving for the win. Whilst the American produced only half the amount of winners compared to her opponent (18-37), she benefitted from Barty’s high unforced error count which amounted to 39.

“I had some tough tournaments before, some tough losses as well after starting the season pretty well. Tennis is very up-and-down. I just wanted to try to find my game again here (at the US Open),” Rogers reflected during her press conference.
“Tennis is funny like that. Right when you’re just like, Why can I not hit a ball in the court, then you do something like this and you love the sport all over again.”

The world No.43 had failed to win back-to-back matches at four consecutive tournaments coming into the US Open. She is yet to win a title of any sort on the WTA Tour but has been runner-up to two tournaments that were held on the clay. She made her WTA debut back in 2010.

It is the first time Rogers has got the better of Barty after losing to her on five previous occasions. At the end of their latest encounter, there was a warm exchange at the net between the two players who have high admiration for each other.

“She is one of the most professional people I’ve ever met in my life, as well as a good person, a funny individual,” Rogers said of the reigning Wimbledon champion. “Just refreshing to see. She’s super down-to-earth. I mean, she is one of my favourite people.
“I was joking before, every time I lost to her, I can’t be mad because she’s such a nice person. It’s like ‘man, she just kicked my butt’. Then it’s like ‘oh, you’re going to find it one day’. She’s always encouraging to everybody around her. She brings up the energy wherever she goes. I can’t say how much respect I have for her and what a great representative she is for women’s tennis.”

Continuing her praise, the American also hailed the recent sacrifices her opponent has made in order to play the sport. Barty hasn’t been back in her native Australia since February and instead opted to set up a base camp in Europe during the summer. Due to COVID-19 restrictions, should Barty return home she is required to isolate for two weeks.

“I want to speak to what she’s done this season. I think a lot of people are taking it for granted,” Rogers continued. “She hasn’t been able to go home since February, you guys. That’s insane. I mean, she’s resetting on the road. She’s worked through some injuries on the road. She’s won five titles. She’s remained No. 1. I mean this girl is everything every player wants to be, you know.
“Honestly I could do this for another 20 minutes. But, I mean, yeah, she’s one of my favourite people. Anytime I get to give her a hug, I try to take the moment.”

Meanwhile, Barty labels her opponent as one of the players who she respects the most on Tour.

“There are certain people on the tour that I think no matter the result you know you’re always going to get a genuine handshake, a smile, you’re going to get that genuine respect. For me Shelby has always been one of those people. She’s one that I respect, one of the most that I respect on tour, and she’s an incredible person,” she said.

After recording one of the biggest victories of her career, Rogers faces one of the sports most promising rising stars in the next round at New York. British qualifier Emma Raducanu was in clinical form throughout her third round match as she thrashed Spain’s Sara Sorribes Tormo 6-0, 6-1. The 18-year-old started 2021 ranked 345 in the world but has climbed almost 200 places since then with the help of a surprise run to the fourth round at Wimbledon.

“She’s fearless. She is playing very well and she’s inspired,” Rogers Commented on Raducanu.
“It’s going to be a battle. I am ready for it. It’s really cool to see the younger generation coming up in this tournament, getting some big wins. It’s really impressive.”

After US Open Scare, Alexander Zverev Looks Ahead To Showdown With Sinner