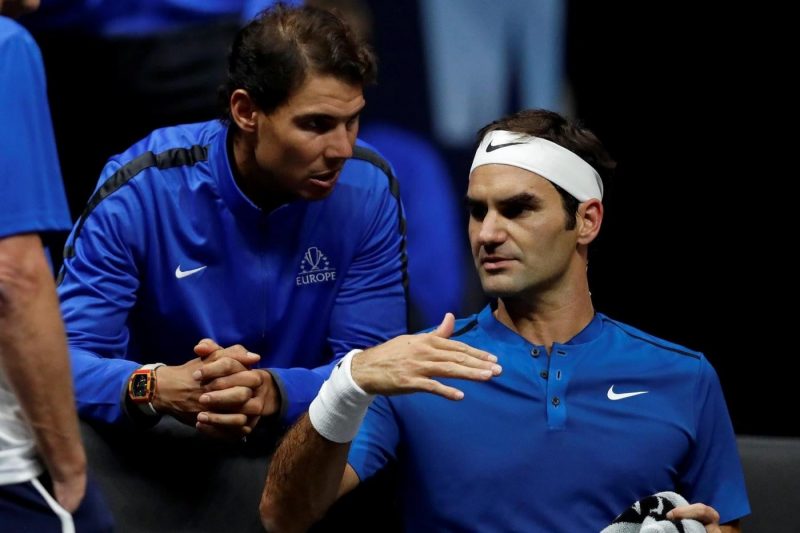 There is one thing for certain when Roger Federer ends his record-breaking career in tennis – his involvement in the Laver Cup will remain unchanged.

The 20-time Grand Slam champion was an instrumental figure in the creation of the event which sees players from Europe take on others from the rest of the world in a team competition over three days. Team8, which is a sports management company co-founded by Federer, launched the Laver Cup in 2017. Brazilian businessman Jorge Paulo Lemann and Tennis Australia also played a role in the formation of the event.

Since its launch, the Laver Cup has been given an official ATP status to make it part of the men’s Tour. Meaning they have access to certain things such as marketing options. Ranking points are not awarded to those participating but prize money is. Each member of the winning team is expected to take home $250,000 which is double that of the losing team.

Federer will not be playing in this year’s tournament, which is being held in Boston, due to a right knee injury. He says the aim of the competition is to celebrate the history of men’s tennis and for the younger players to learn from others. The Laver Cup is named after former tennis superstar Rod Laver.

“This event is a get-together,” Federer told The New York Times. “That’s what I wanted it to be. It’s the wisdom, the stories, having legends tell stories to the younger generation. I’m happy being on those teams, listening to Bjorn, seeing John, seeing Rocket [Laver] and watching the youngsters learn from the elders. It’s passing down the wisdom.”

At the age of 40, the Swiss Maestro admits that he doesn’t have much time left before retiring from the sport. Although when that does happen, Federer openly admits that he would like to one day take on the task of being a captain for Team Europe. A role which is currently held by Bjorn Borg, as well as John McEnroe who is the head of Team World.

“I definitely see myself being involved,” he replied when asked about his involvement in the Laver Cup after retirement. “I’d love to be the captain one day. I think it’s a beautiful way of getting the rivals to coexist for a week together. It really is truly fun and cool to share the locker room with these guys who you usually share it with, but don’t talk tactics and see how everybody prepares and actually support one another. Normally you don’t cheer against each other, but you don’t really mind if they win or lose. This time it’s very different.”

Despite the absence of the Big Three from the Laver Cup this year, some of the world’s best players are taking part. Among those in Team Europe are US Open champion Daniil Medvedev, Stefanos Tsitsipas and Alexander Zverev. Meanwhile, Denis Shapovalov, Felix Auger-Aliassime and Diego Schwartzman are representing Team World.

In the Laver Cup Each match win is worth one point on Friday, two points on Saturday, and three points on Sunday. The winning team is the first to reach 13 points. If there is a tie at 12-12 a fifth match decider is played on the Sunday.

The 2021 Laver Cup will get underway on Friday 24th September.

Former Trainer Hits Out At Dominic Thiem Over Sudden Dismissal