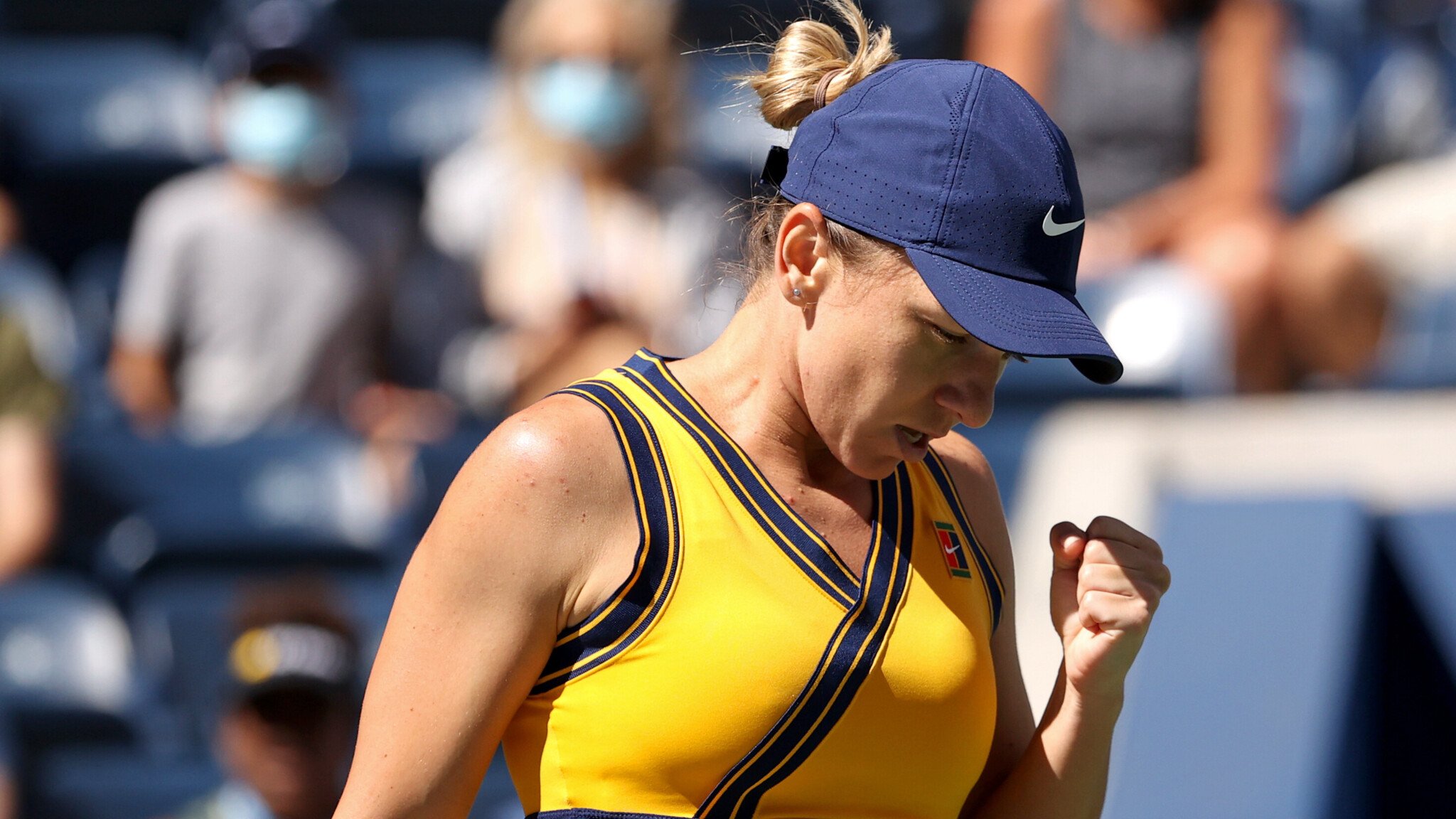 Simona Halep praised her mental strength and new-found aggression after reaching the second week at the US Open.

After edging a tough opening set tiebreak, Halep controlled the third set to edge past the powerful Kazakh to reach the US Open second week.

In her post-match press conference Halep signalled to her mental strength and aggressive play for getting the victory today, “I’m really happy that I could stay stronger mentally in the third set than the second one,” Halep said.

“It was a great victory and great day for me, for my confidence, and also for my game. It’s nice to be back in the second week of the US Open after five years.

“She showed that she’s very strong mentally, very stable emotional. She was starting the match until the end she was perfectly the same emotional and strong mentally. So I knew that every point is important, so I just fought for everything. In the end, I calmed down a little bit, and I was much better during the points. I opened the court. I have been a little bit more aggressive. I think that helped me a lot to win.”

Also after the match Halep gave an injury update on the calf injury that she suffered in Cincinnati.

The Romanian said that at the moment she is pain-free and feels stronger with her game, “Now I feel good. I have no pain,” Halep admitted.

“I had a lot of time working on this thing mentally to get rid of it thinking, because I was thinking too much how I feel, how was the practice, how I will wake up tomorrow. So I stopped thinking about that.

“I just go day by day. Now I feel stronger. Every match I feel stronger, because the body kind of goes back where I have been. So now I feel more confident with my muscles and stronger also on the legs.”

Next Halep will face the winner of Elina Svitolina’s match with Daria Kasatkina.

Ahead of the match Halep praised the level of the women’s game with their being many high-quality third round matches, “Yeah, actually last night at the dinner we were watching on the schedule, and I was, like, every match is a semifinal,” Halep jokingly said.

“Yeah, the level is super high, and now you cannot expect some players to win. So everyone can win the match. I gave up of thinking who is going to be in the semis and finals, because I like to discuss these things.

“I don’t include myself ever. I just like to, yeah, talk about it. Now I have no idea. Everybody is super strong. The matches are great, in my opinion, for everybody.”

On Sunday Halep has the opportunity to reach her third career US Open quarter-final and her first for five years.