The fairytale run produced by Emma Raducanu at the US Open is one that is unlikely to be repeated again, according to former world No.2 Alex Corretja.

The 18-year-old has stunned the world of tennis by coming through three rounds of qualifying before going on to win her maiden title at the age of 18. In the process, she defeated two top 20 players and didn’t drop a single set in 10 matches played at the tournament. Raducanu is the first-ever qualifier to win the US Open and the first woman to win a major title in just her second main draw appearance.

“What she did is unique, we’ve never had it before. She was very aggressive from the beginning and then she dealt very well with the pressure as well, serving for the match, a lot of nerves. At the end she showed she was ready and made it 10 matches in a row,” Corretja told Eurosport.
“I don’t think we will see this again from a player from the qualifiers, not losing games, sets. That’s something superior that Emma did very well. It’s such great news for tennis, women’s tennis and sports in general.
“She was so far down in the rankings but has raced through. The fact that she is very young shows she is fearless and just goes for it. It’s not just like she went on the court, she knew the tactics and did it perfectly.”

Raducanu’s triumph is remarkable considering her lack of experience on the WTA Tour where she is yet to register a main draw win or play a tournament on the clay. However, many pundits are tipping her to have a stellar career as long as she remains injury-free.

Mats Wilander has gone as far as saying the youngster has the ability to win around 10 major tournaments over the coming years. A bold prediction considering only five women has managed to do that in the Open Era.

“It’s hard to say how many more [grand slams] but I think she’s going to win at least a few more,” said Wilander, who won seven major titles himself.
“I could say, I think she’s going to win ten because she’s so complete and she is going to have a chance in Australia because her game is perfect for hard court.
“But it’s also perfect for Wimbledon with being able to move like she does and that serve is going to be great for grass. If nothing bad happens to her physically, then yes; multiple grand slam champion Emma Raducanu.
“She has a team around her that really seems to gel. She has so much fun, she’s in a good place with good people around.”

Tim Henman watched Raducanu win the US Open from the sidelines after following all of her matches whilst reporting for Amazon Prime. He has been described by the rising star as one of her inspirations and provided her with some advice during the tournament.

‘She’s gonna win more of these – she’s that good,’ Henman stated on Amazon Prime.
‘This is not some flash in the pan fairytale. She’s playing top five tennis right now, the world is going to go absolutely crazy – it’s going to get turned upside down but she’s got good people around her.
‘She’s going to have to soak it up, make adjustments, but it’s gonna be one hell of a ride for a long time – as long as she can stay injury free.’

Former British No.1 Laura Robson says the most impressive aspect in Raducanu’s meteoric rise has been her ability to learn from her experiences so quickly. Robson was once one of the most promising players in women’s tennis and reached a ranking high of 27th before injury curtailed her career.

“There are so many sliding doors moments. Before Wimbledon Emma didn’t have a main draw wild card. Would she be in this position if they hadn’t upgraded it? Would this happen if she hadn’t had to retire from the fourth round with breathing problems. The amount she learned from that experience is what has got her to this moment,” She told BBC Radio 5.
“She played an almost perfect performance in her first Grand Slam final. You have to think there will be so many more.”

Looking ahead to the coming months, Australia’s Pat Cash believes she will be one the favorites on the Tour to win big titles.

“Raducanu is going to be one of the favourites for the Australian Open and Wimbledon. She is going to be an absolute mega star and rightly so the way she hits the ball, her composure and way she can continue to improve,” he commented on the BBC.

Channel 4 broadcasted the women’s final on free-to-air TV after securing a last-minute deal with Amazon Prime who has exclusive rights. The broadcast attracted a peak audience of 9.2M on the channel which was a 39.9% share of the total audience and 48% of 16-34 year olds. 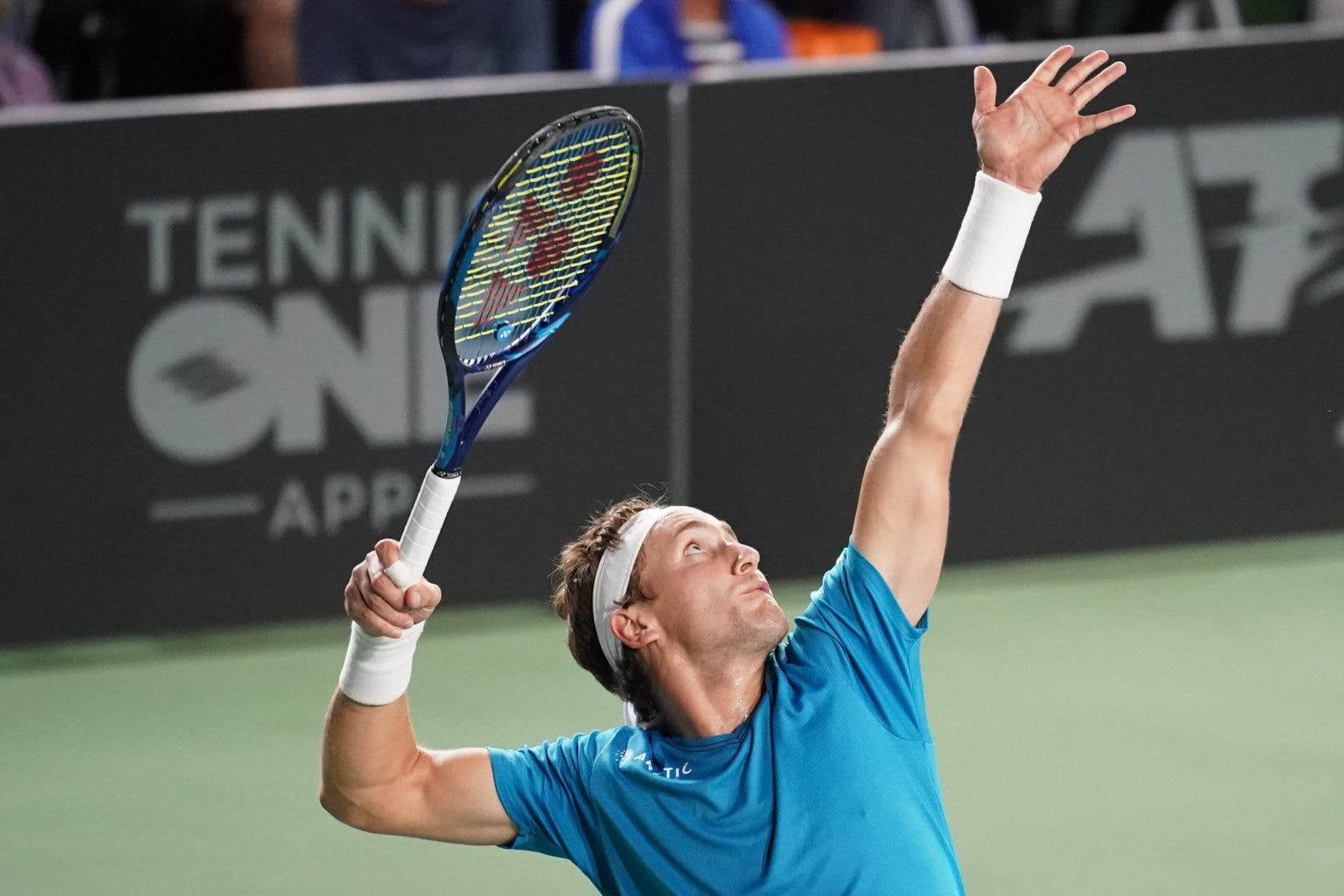 Casper Ruud and his father Christian (a former world number 39 player) have picked up a total of three nominees. Ruud won five ATP Tour titles in Geneva, Baastad, Gstaad, Kitzbuhel and San Diego and is a candidate for the Most Improved Player of the Year and the Stefan Edberg Sportsmanship Award. Christian is one of five nominees for the Coach of the Year Award together with Craig Broyntom (Hubert Hurkacz), Gilles Cervara (Danil Medvedev), Juan Carlos Ferrero (Carlos Alcaraz) and Facundo Lugones (Cameron Norrie).

Carlos Alcaraz, Aslan Karatsev and Cameron Norrie are the nominees for the Most Improved Player Award.

Thanasi Kokkinakis, Mackenzie McDonald, Andy Murray and Jack Sock have been shortlisted for the Comeback player of the Year Award. 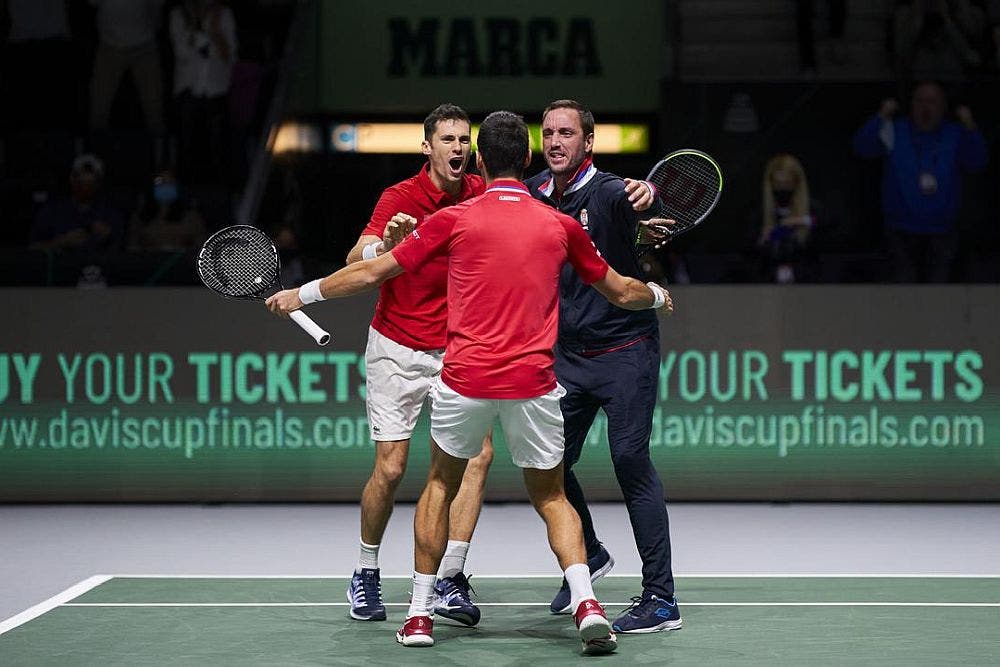 Rafael Nadal To Skip ATP Cup Ahead Of Australian Open

Where will the former world No.1 play his first tournament of 2022? 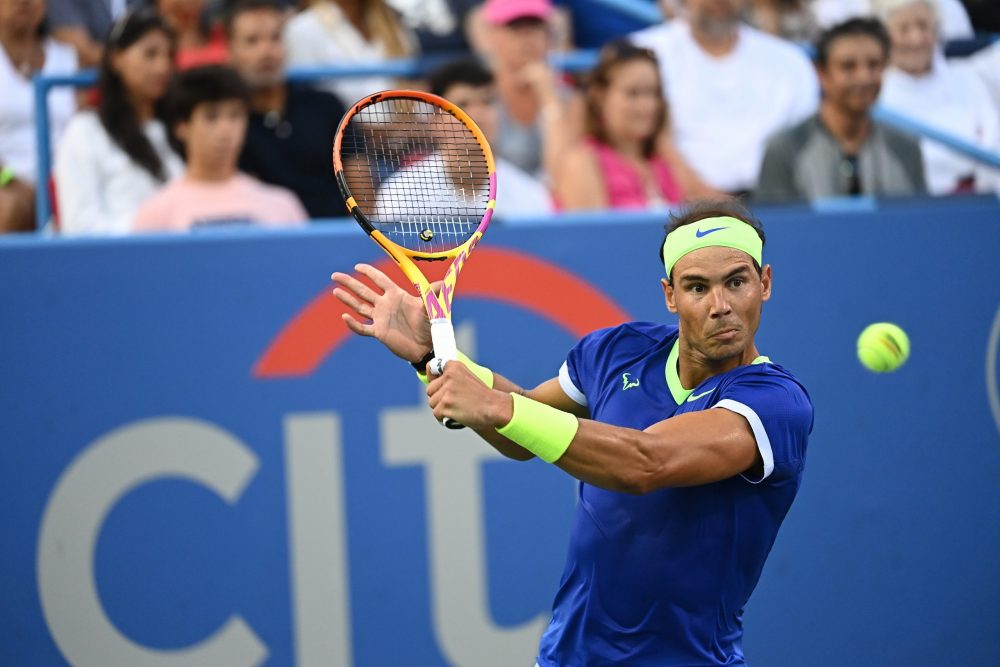 20-time Grand Slam champion Rafael Nadal will not be starting his season at the ATP Cup in Australia, according to a leading sports newspaper.

Marca has reported that the former world No.1 has opted to not play in the team event which is set to get underway on January 1st. Nadal is currently on the comeback from a foot injury and hasn’t played a competitive match on the Tour since August. Next month he will return to action in Abu Dhabi at the Mubadala World Tennis Championship which is an exhibition event.

“I am very happy to be back at the Mubadala World Tennis Championship in Abu Dhabi,” Nadal said in a video released earlier this week. “I hope to see you soon there.”

It is understood that due to his off-season schedule Nadal has chosen to pass on the team event but it is unclear as to what or if he will play in any other events leading up to the Australian Open which will begin on January 17th. Besides the ATP Cup, four ATP 250 events will be staged in the lead up to the Grand Slam.

The 35-year-old isn’t the only top Spanish name set to miss the ATP Cup. It has also been reported that rising star Carlos Alcaraz and Marcel Granollerswill not be playing as they intend to arrive in Australia at a later date. Instead the team will be headed by Roberto Bautista Agut and Pablo Carreno Busta. Unlike the Davis Cup, the ATP Cup offers both ranking points and prize money to players.

Nadal has won 24 out of 29 matches played on the Tour this year before ending his season due to injury. He won the Italian Masters and Barcelona Open to increase his career ATP title tally to 88. In the majors he reached the quarter-finals of the Australian Open and the semi-finals of the French Open.