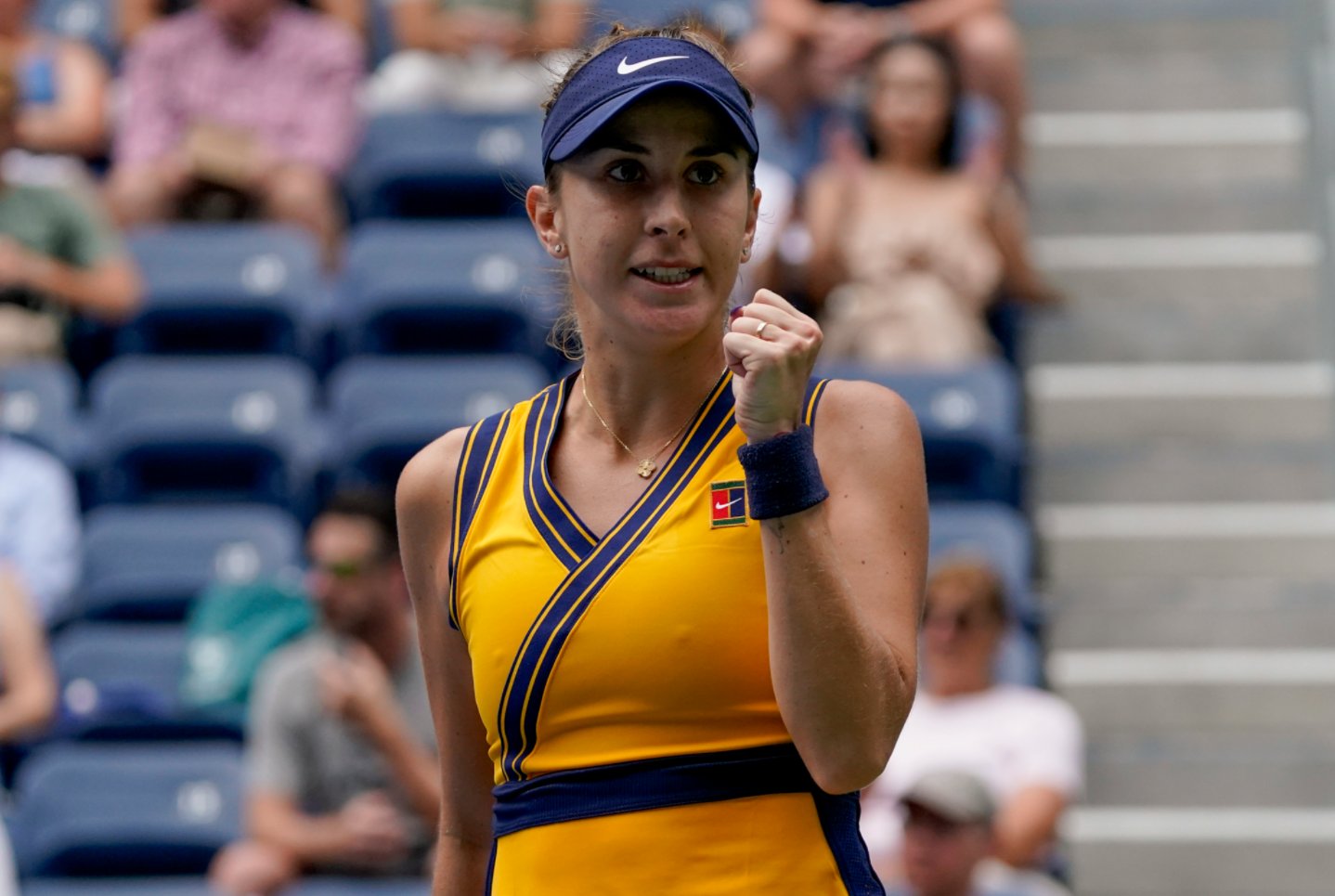 Belinda Bencic has admitted she is still on ‘cloud nine’ from the Olympics after her opening round victory at the US Open.

The world number 12 overcame Arantxa Rus 6-4 6-4 in her opening match to reach the second round in New York.

Bencic hit 21 winners and won 86% of her first service points as she earned a place in the next round.

After the match Bencic admitted that she is still on ‘cloud nine’ after winning Olympic gold and silver at the Tokyo games, “I’m still on cloud nine, I would say,” Bencic happily said in her press conference.

“I would still say I’m on earth, you know. I realize everything. Of course I’m focusing on this tournament and just on playing well. But I feel like I want to be on cloud nine all the time. So I’m very happy about it. And just I feel like these memories I will have forever.

“And kind of this Olympics experience, my first Olympics, and just how everything went with winning the gold, for me it’s forever and for me it’s probably going to be the biggest achievement I will ever have. I’m still very happy about it.

“But of course I want to achieve more things, and I have more dreams. But I think for me the Olympics is the biggest kind of it’s on the biggest.”

Bencic’s success has put the spotlight on Women’s tennis in Switzerland with Viktorija Golubic and Jil Teichmann having great seasons as well.

Now the spotlight is on her Bencic doesn’t see at as pressure as she looks to lead Switzerland into life without Roger Federer and Stan Wawrinka when they retire, “I feel like we have, I mean, we have four Swiss women now in the main draw, so I think that’s great,” Bencic said.

“I don’t feel like I’m the only one that their eyes are on me. For sure I’m very happy and like proud to be kind of holding the Swiss flag up on the tournaments that Roger and Stan cannot play.

“But for me, it’s not a pressure at all, because to even kind of have this chance in Switzerland, because Switzerland is a very country that has great players, so a little bit spoiled maybe in this. But I don’t see this as pressure. I see it for sure as a privilege.”

The 24 year-old will look to continue her success into the second round when she takes on world number 106 Martina Trevisan on Thursday.

Injury-Stricken Juan Martin Del Potro To Return To US Open

Pospisil pulls off an incredible comeback at the US Open