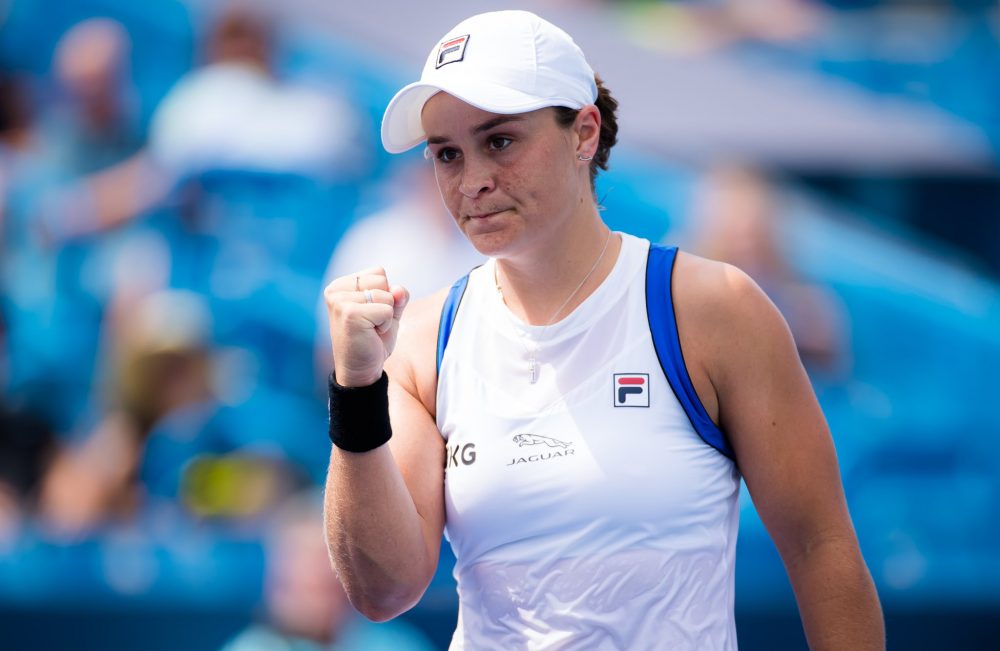 World No.1 Ash Barty has insisted that too much shouldn’t be read into how she has finished her two opening matches at the US Open.

The reigning Wimbledon champion secured her spot in the last 32 at Flushing Meadows with a 6-1, 7-5, win over Danish rising star Clara Tauson. Doing so by winning 80% of her first service points and hitting 33 winners during the match. However, it wasn’t as straightforward as the score suggests. At one stage Barty boasted a 6-1, 5-3, lead but failed to serve the match out as her opponent levelled before the top seed broke once again to secure victory.

An almost identical situation occurred in Barty’s first round match against Vera Zvonareva where she was unable to serve the match out on her first attempt. Prompting some to wonder if it was a coincidence or if there is more to it?

“Serving for the match, it’s happened a few times, but I have won 40-odd matches and it hasn’t happened a lot. You guys can write about it as much as you like. It’s not a concern for me,” Barty replied when questioned by a reporter on Thursday.
“It’s just a few of those games I haven’t been able to get up and hit my spots on first serves. When you give good players looks at second serves, you’re going to get hurt. It’s simple as that.’
“I think there have been a few matches where it’s happened but there have been absolutely plenty where it doesn’t. It’s not a concern, not something that I focus on.”

The high confidence of the 25-year-old comes as no surprise given her season so far. On the WTA Tour, she currently tops this year’s leaderboard for the most titles won (five), match victories (42), finals reached (six), aces struck (319) and Top-10 wins (seven).

One of her biggest triumphs occurred at the All England Club when she lifted the Wimbledon title. Although she isn’t convinced that success will influence how she will perform in New York.

“Wimbledon was a long time ago,” she said. “I mean, there is momentum in a sense of that was one of my greatest goals was to win that tournament. I think playing and understanding how to win Grand Slams is very unique.’
“Two weeks is a long time to be focused and to be able to have a bit of luck, stay healthy. I’ve learnt that the hard way that sometimes it doesn’t always go your way. But also, it’s a different surface, a different tournament and completely different conditions.”

Tennis legend and former champion Martina Navratilova recently told wtatennis.com that Barty was the favourite to win the New York trophy due to her consistency on the Tour. However, the Australian has failed to reach the quarter-finals stage of the event in all of her five previous appearances. She didn’t play last year due to travel concerns related to the COVID-19 pandemic.

“I think each and every round is a test. I don’t come into this tournament with any expectation of myself to feel entitled to go deep into the tournament or win the tournament or whatever it may be,” Barty explains.
“I just have to play each and every match as I would every other tournament and be prepared to play my best tennis as best I can on that given day against my opponent. That’s all I can ask from myself. Whether that’s a first round or a final, my preparation and everything doesn’t change.”

Barty will play either Sorana Cirstea or Shelby Rogers in the third round.

Related Topics:2021 US OpenAsh Barty
Up Next

Bianca Andreescu Powers Past Davis To Reach Round Three